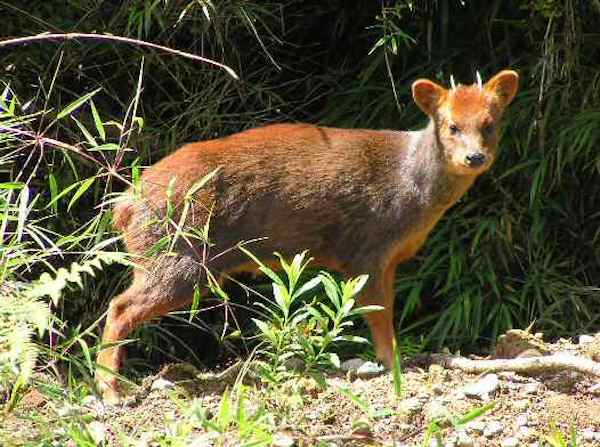 On the ground, however, a different scene plays out: monocultures have replaced diverse natural forests while Mapuche native protesters burn pine plantations, blockade roads and destroy logging equipment. At the crux of these two starkly contrasting narratives is the definition of a single word: “forest.”

According to Global Forest Watch, most of Chile’s forest change occurred in the central and southern regions of the country, with a loss of 1,088,102 hectares and a concurrent gain of 1,394,610 hectares between 2001-2013. These changes reflect cycles of logging and replanting in tree plantations. Map courtesy of Global Forest Watch.

The Mapuche people have been fighting for their ancestral land rights since the arrival of the Spanish conquistadors in Chile in the 1540s. In 1970 it seemed they had finally found a benefactor in socialist president Salvador Allende, who promised major land redistribution. Their hopes were cut short when, at the height of the Cold War, General Augusto Pinochet came to power in 1973 with the help of the C.I.A. Pinochet’s wave of neoliberal reforms included Forest Ordinance 701, passed in 1974, which subsidized the expansion of tree plantations under the pretext of reducing erosion and gave the National Forestry Corporation control of Mapuche lands. This law set in motion an enormous expansion in fiber-farms, which are vast expanses of monoculture plantations Pinus radiata and Eucalyptus species grown for paper manufacturing and timber. Touted as creating a sustainable forestry sector and largely funded by foreign capital, these new plantations replaced native forests and further shrunk Mapuche land holdings.

According to a recent study in Landscape and Urban Planning, timber plantations expanded by a factor of ten from 1975 to 2007, and now occupy 43 percent of the South-central Chilean landscape. Co-author Dr. Cristian Echeverría predicts further deforestation and forest degradation in accessible parts of the landscape.

“We need drastic changes [in order to] attain a sustainable future for our forests,” he said. “State subsidies, payment for ecosystem services, improved education and national reforestation programs will all be needed.”

While the confusion surrounding the definition of “forest” may appear to be an issue of semantics, Dr. Francis Putz of the University of Florida warns otherwise in a recent review published in Biotropica.

“While I believe that high intensity, low diversity, industrial tree plantations have many roles to play, confusing them with forest is a fundamental problem of the highest order,” he said.

The problem lies in the environmental services that these land uses provide. Monoculture plantations are optimized for a single product, whereas native forests offer a diversity of services such as water regulation, hosting biodiversity, and building soil fertility. Putz cautioned, “if plantations are accepted as forests, then there is nothing wrong with replacing natural forests with monocultures.” This murky definition of forest has robbed the Mapuche of their lands, and threatens to further endanger Chile’s remaining native forests.

Most of Chile’s forest cover change has taken place in its southern temperate forests. Shaped by powerful climatic forces, prevailing winds and a rugged geologic history, the Valdivian and parts of the Magellanic forests of Chile and Argentina together represent the only area of temperate rainforest in South America. The World Wildlife Fund, The Nature Conservancy and Conservation International have recognized these forests as a priority conservation area due to their unique biodiversity, including the southern pudu (Pudu puda), which is listed by the IUCN as Vulnerable. Bounded by the high Andes to the east, and the frigid Pacific to the west, the area’s geologically isolated forests have extremely high levels of endemism, with some 90 percent of seed plants found nowhere else.

Putz explained, “in the case of Chile, it’s relatively easy [to distinguish between plantations and forests] because most of the plantations are of an exotic species.”

The future of Chile’s native forests remains unclear as the tense political climate remains volatile. The Mapuche continue in their struggle to reclaim their land from plantation owners, on occasion resorting to violent protest out of frustration with the cumbersome political process. Protected areas are few and far between, concentrated in remote parts of the Andes while leaving other areas, even those of high biodiversity, unprotected. Plantations continue to fragment the remaining stands of native forest into ever-smaller parcels.

For change to happen, according to Putz, the distinction between plantations and native forests needs to be made clear.

“Society, and certainly decision-makers, need to demand clarity on this issue, and the point that plantations are NOT forests needs to be made repeatedly,” he said.

Still, there has been a growing movement in support of a truly sustainable forest sector. In 2008, the law for the recuperation of native forests and forest promotion was passed with clear distinctions between “forest” and “native forest,” and called for the cataloguing of remaining all native forests. The polemic Forest Ordinance 701 expired in 2012, eliminating government subsidies for the expansion of tree plantations. With growing tensions surrounding the fate of Chile’s natural resources, the first steps towards a clearer understanding of seeing the forest beyond the trees have been taken. What happens next is a matter of politics.

This article was written by Julian Moll-Rocek for Mongabay.com