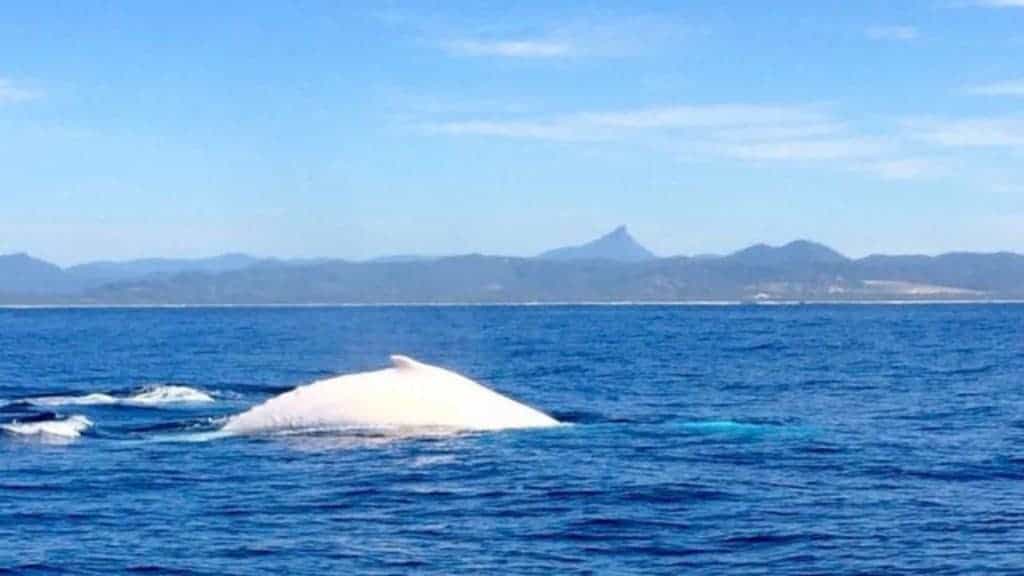 A famous white humpback whale has been spotted on his annual migration to Australia’s north.

Migaloo is known for his distinctive colouring and for many years was the only documented all-white humpback whale in the world.

He has been sighted off the coast of New South Wales state, including the resort town of Byron Bay.

The 14m-long mammal was spotted with a companion during his venture north but now appears to be travelling solo.

This article was first published by BBC News on 26 Jul 2016.