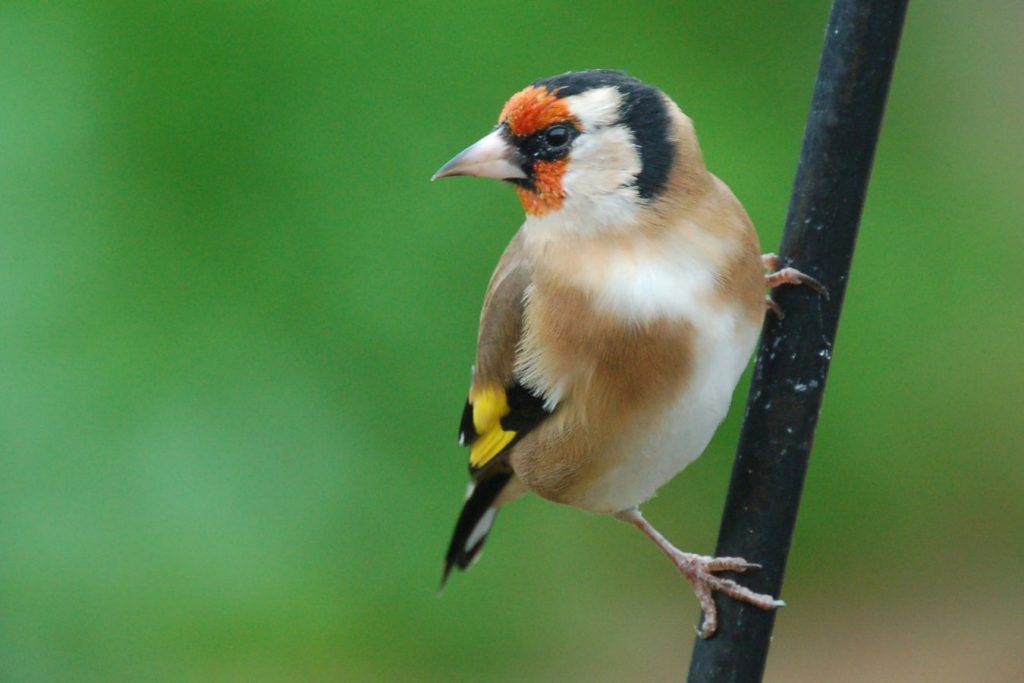 When we talk about birdsong, we cannot simply refer to a single “voice”. It is a great chorus of complex sounds, it is a real language in itself.

The dry “teak” of a sparrow, the plaintive “gheck gheck gheck” of a woodpecker, the shrill “chirrip” of a lark – each sound has its own purpose and is used in very specific circumstances.

For birdwatchers, learning how to ‘decode’ the secret language of birds is a great way to identify different species and to better understand their behaviour.

The language of birds

Just as vowels and consonants provide the foundation for our words and sentences, birds produce a series of calls, songs and melodies in a ‘language’ so nuanced it could rival our very own alphabet! This is all thanks to a special vocal organ called the syrinx – the size of a pea, it sits at the junction of the trachea and the bronchi in the lungs. Its structure – which varies with each species – makes such different songs and sounds possible. Each sound has a different purpose and this, in turn, makes it possible for birds to communicate with each other in different circumstances.

These involve sharp and penetrating sounds – warning signals used by birds whenever they feel threatened and want to warn companions of danger. They are usually short sounds strong enough to be heard at great distances. The same sound is often used by predatory birds as part of their attack.

The cries for help

“Mom Mom Mom!” Just as children call for their mother with arms outstretched, small birds emit little moans and chirps to attract their mother’s attention, often flapping their wings for good measure. The call intensity is low, but it can still be clearly perceived in the vicinity of a nest. Small birds frequently continue to use these calls after leaving the nest too – because mom is always mom!

“Hey, are you all right?” Contact calls for birds are more or less the equivalent of us making sure a friend is ok. They use contact calls when they travel in flocks, want to call each other or even just share news about a good food source. These calls are characterised by moderately strong chirps, similar to a “hum” but not as penetrating as the warning calls.

We have business calls – the ones where you use a more formal tone because etiquette demands it. Similarly, birds have specific calls that are only used during flight – and, interestingly, these are the most accurate calls to go by when trying to identify different species. These sounds are highly musical, especially when they announce the passage of flocks during migration season.

Why do birds sing at dawn?

The singing of birds in the morning signals a pleasant awakening. But why do birds usually showcase their vocal talents at this time of the day? The answer comes down to simple “vanity”: it is so they appear to be fit and healthy. Birds mainly feed during the day, so the early morning – when they are unfed and hungry – is when they are weakest. Singing at dawn is a technique used by males to prove their health and vigour to potential partners. No wonder: the singing is strictly linked to the birds’ “love life” and it is important throughout every stage of the relationship, from courtship to nest.

When the song becomes music

The lark’s morning song is not the only melody to have inspired poets and composers. Sweet birdsong has always touched the heart of man, inspiring verses and immortal music. Grieg, Ravel and Prokofiev, amongst others – have been so fascinated by the melody of blackbirds, nightingales and doves that they have turned their calls into music.

Vivaldi composed the famous “Goldfinch” concert while Girolamo Frescobaldi’s “Capriccio sopra Cucho” is a testament to the charms of the cuckoo. Beethoven famously incorporated imitations of the nightingale and quail – performed by flute and oboe respectively – in the second movement of the “Pastoral Symphony No. 6”. And Wagner notably included the song “The bird in the woods” in his opera ‘Siegfried’.

How you can learn to recognise birds by their song

Of course, the best way to learn how to recognise birds by their song is to go out into the great outdoors and simply listen to the most beautiful music ever made. The chorus that you can hear in a forest or a national park is a true symphony, especially for those able to grasp the nuances. For starters, it can be useful to have a handbook that – together with maps and photographs of the different species – explains the different vocal characteristics. But rest assured, with a little bit of practice and patience, anyone can unlock the secret of birdsong.

This article was first published in Italian on 03 Mar 2017 by LIPU (BirdLife in Italy) http://www.lipu.it/articoli-natura/8-oasi-e-centri-di-recupero/889-perche-gli-uccelli-cantano and has been translated by Alice Paone, Communications & Strategy Intern with BirdLife Europe & Central Asia.