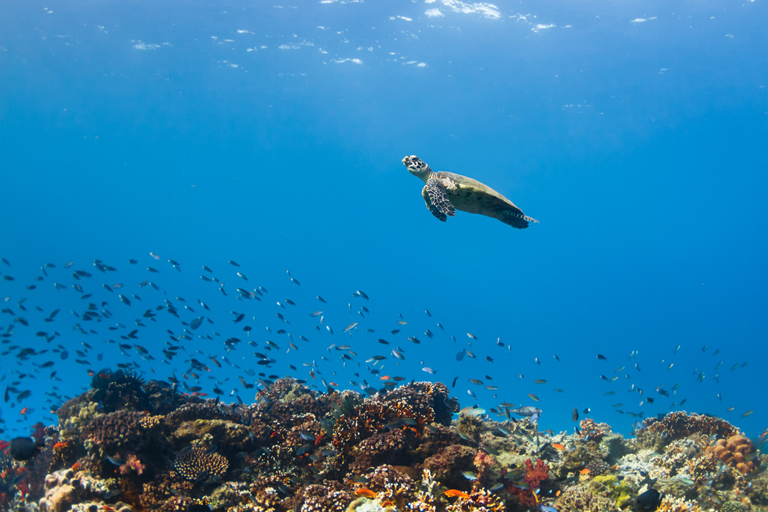 The scientific imprimatur fell on us just six months ago: Yes, the extinction crisis we are witnessing is only the beginning of a wave of mass ecocide of non-human life on Earth, a process that could wipe out a million species of plants and animals from our planet in the short term (read: decades).

About 15 thousand scientific studies (!) support this terrifying conclusion, as it can be read in the assessment report produced by the independent UN Intergovernmental Science-Policy Platform for Biodiversity and Ecosystem Services (IPBES).

As it turns out, us environmental activists were not so much “catastrophists” during the past decades, in campaigning to protect nature and ringing alarms now and then about the plight of single wildlife species, as we were realists.

Certainly this is not what I dreamed of as a child in love with nature and wildlife. But how could I have ever imagined back then, in the 1970s, that during my first 50 years of life the global human population would literally double? That the global economy would increase four-fold, and that in parallel — and not by coincidence — wildlife populations would drop by a staggering 60 percent globally? How could I have ever imagined back then that I would personally witness and document, as a field conservationist,actual extinctions on the ground?

Now we have scientific “certification” of the extinction crisis, implicitly admitting that the Convention on Biodiversity, signed by most countries of the world following the UN Rio Summit in 1992, has failed. It was the classic “too little, too late” scenario. For years, us ecologists and activists have maintained (and feared) that we won’t achieve much under the current consumeristic, ecologically unsustainable socio-economic system — and the IPBES report now confirms this viewpoint.

Needless to say, for a naturalist and wildlife lover like me, this is not the best historic period to have been born in. Still, I am fully aware that I have had the chance to study and focus on my passions and interests precisely because of the socio-economic development that followed the second world war. In fact, no serious and pragmatic environmentalist would argue that socio-economic progress is unnecessary: instead, we have been saying for decades that a new socio-economic paradigm is needed based on ecological and ethical sustainability rather than on magic assumptions like the infinite economic growth and a radical laissez faire approach, derived from the dominant free market ideology.

A shift of socio-economic paradigm is nowadays increasingly supported and acknowledged by authoritative economists.

There is some relief in exercising historical and biological relativism and by reflecting on the grand scheme of things. What we are witnessing today is just the final stage of a process that began about 70 thousand years ago, when some unknown change in the neural wiring of human brains unleashed the so-called “cognitive revolution.”

Since then, what used to be a quite low-profile species, ranking in the mid to lower levels of the food chain, gradually advanced to become a feared top predator, able to kill prey much larger than its size. Thanks to its unmatched communication and organizational skills,Homo sapiens set out to colonize and invade the entire planet, causing the annihilation of other species — often on such a grand scale that it became the #1 Ecological Serial Killer of the Planet.

As early as 45 thousand years ago, the sapiens landed in Australia, causing an ecological disaster that wiped out most larger marsupial predators. Similar fates befell the megafauna of North America (ca. 16,000 years ago), of Madagascar, and of New Zealand (only a few hundred years ago in both the latter two cases).

Not to mention that, in parallel with the advance of the sapiens, all other species of humans (i.e. those, like us, belonging to the genusHomo, i.e. our closest kinship) also vanished. Only a coincidence? (Probably not, we have most likely even caused human species annihilations…)

With the advent of agriculture and monotheistic religions some 10 thousand years ago, the anthropocentric view of the planet was sacralized and institutionalized: since then we have convinced ourselves that we are not part of nature anymore, we are of a superior level; and that animals and plants were created for our own use and consumption.

During the last two hundred years, a sudden acceleration in the rate of nature consumption by the sapiens took place following the scientific and industrial revolutions, the imperialism of European nations, and the simultaneous advent of capitalism. The booming of the human population and of the global economic market in the past five decades have delivered the last blow to the planet’s ecosystems and wildlife.

So, in brief, there have been three pulses of ecocides directly caused by the sapiens’ inexorable expansion: the first provoked by hunter-gatherers during the epic process of colonizing the entire planet on foot and through sea vessels; the second prompted by agriculture; and the third being the current one we are living through right now.

As a result, while 10 thousand years ago wildlife was 99 percent of the whole planet’s land vertebrate biomass, today it is only 1 percent; the rest being humans and their “commodity” domestic animals.

We should actually be thrilled to be part of and witnesses to another historical turn in Homo sapiens’ “evolution.” The problem is that we are now under a UN ultimatum: Just last year, top scientists informed us that we are left with another 12 years if we are to avoid a climate catastrophe on the planet. So, following the threat to human survival posed by the prospect of global nuclear war just a few decades ago, we are again under another dire threat of self-immolation.

A much needed change

If there is one important lesson I’ve learned in my experience on the front lines of nature devastation, it’s that individual virtuosity — or single virtuous projects — won’t make any difference or have any impact globally under the current dominant system. Yet, for decades, an emphasis on individual virtuosity (use the bike instead of the car, collect garbage at the beach, turn off the lights when not needed, etc.) has been the main leit motif for environmental engagement.

On the contrary, “transformative changes” are needed to tackle the current global ecological challenge, a term very appropriately used in the IPBES report. Given the fact that, until now, governments and international organizations (tightly“supervised” by the oil-dependent economic and financial élite of the world) have not shown any willingness to enact such transformative changes, the only hope left is a mass global grassroots movement pushing governments for the bold reforms required — before it really is too late.

What is needed is a high-level political global reform — a “green new deal”— with a focus on both limiting consumption of resources and curbing the global population’s exponential growth. Focusing on only one of these two issues won’t save us. (Yes, industrialized countries still fantasize that the latter is the main issue to be tackled, removing from their conscience the former one).

Greta Thunberg and the current global movement of students pursuing the climate strikes are a ray of hope, as is the Extinction Rebellion movement. I can barely believe my eyes: the “new generations” we have mentioned so many times in the past decades have grown up and taken to the streets with their own legs and brains! Here there is hope — but they need support.

In order to create a critical mass of awareness globally, there is still an important question to answer: Why should we care to conserve what is left of wild ecosystems and species of our planet?

This is a question we should be ready to answer clearly, especially considering that most of the world population currently lives in urban centers, remains quite unaware of ecological matters, and is disconnected from nature — and therefore can’t fully appreciate how much our survival as a species is still deeply dependent on ecosystems and nature.

There has been a debate recently sparked by a quite provocative article authored by biologist Alexander Pyron, who basically says that we should not bother to conserve ecosystems and species unless we “directly” need them.

One of the key lessons of ecology and life sciences is that everything is interconnected on the planet in ways we are barely aware of. How can we establish that we do not need a given ecosystem or a species? Especially considering that our knowledge on these subjects is still so sketchy in terms of ecological processes, ecosystems, and species. Do you reckon Dr. Pyron would accept to fly on an aircraft from which a few “unimportant” rivets have been removed by the company to save money, just before taking off?

We should care about nature and wildlife simply because we are still part of it and because we still need functional ecosystems around us to provide basic life needs like clean air, water and soil; and to get nutrients of all sorts, as well as food and scientific knowledge (we tend to forget that most drugs routinely used in modern medicine were discovered thanks to studying the secrets of nature). 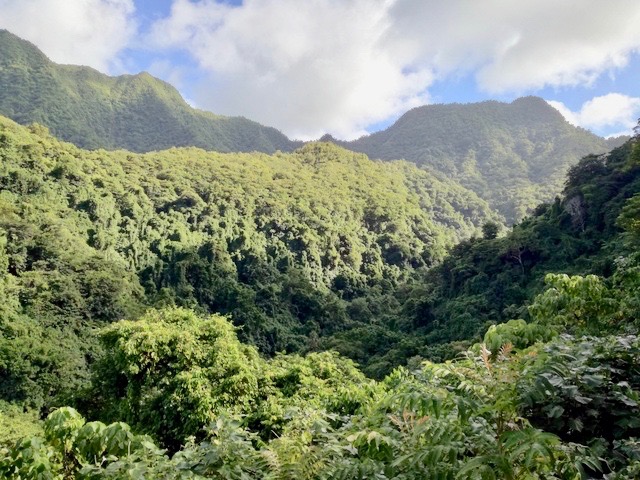 Not to mention that the importance of having healthy nature and wild lands around us has deep spiritual, aesthetic, and psychological implications for our well being that we are just beginning to understand (see conservation psychology).

Perhaps more importantly, we should be deeply empathetic about the future of the Greta Thunbergs of the world – our children and grandchildren. As a commonsense measure of precaution, we should leave them a living planet that is still ecologically functional and alive. This seems like a basic ethical call.

Let’s not get enchanted and daydream again about the myths and shallow promises of high-tech utopians always claiming to be able to fix everything. The truth is that we don’t yet fully understand and we are therefore not able to tackle complex phenomenons related to life-supporting systems of the planet; the approach of high-tech utopians in these fields is still so naive and clumsily reductionist.

The economy is important, no doubt: we need it for our survival and well being. But its formulation and implementation during the past two centuries has driven us into a dangerous no-return, life-threatening development path.

In other words, the economy, in order to be sustainable and viable for the whole of humanity nowadays, should be based on the most elementary principles on which life is based on Earth. These are basic rules of common sense. Even a tree or a sea urchin may have a sense that planet Earth will not be able to support 10 billion bipeds, each of them with the American dream imprinted in her/his head.

Infinite economic growth is a magic buzz invented by once-euphoric positivist economists and capitalists. Within the span of a century or so it has turned into an archaic and dangerous notion. It’s time to wake up for a serious life reality check.

After all, there is no infinite anything in the whole galaxy!

This article was first published by Mongabay.com on 25 November 2019. Gianluca Serra (PhD) has been engaged in frontline wildlife conservation as a civil servant and practitioner during the past two decades internationally, on four continents. A photographic booklet about a 10-year conservation saga in the Syrian desert is freely downloadable atthelastflight.org. A non-fiction narrative book, in the form of a literary reportage, about the same subject was published in Italy in 2016 (Salam è tornata/Exorma); an unpublished English version is also available.