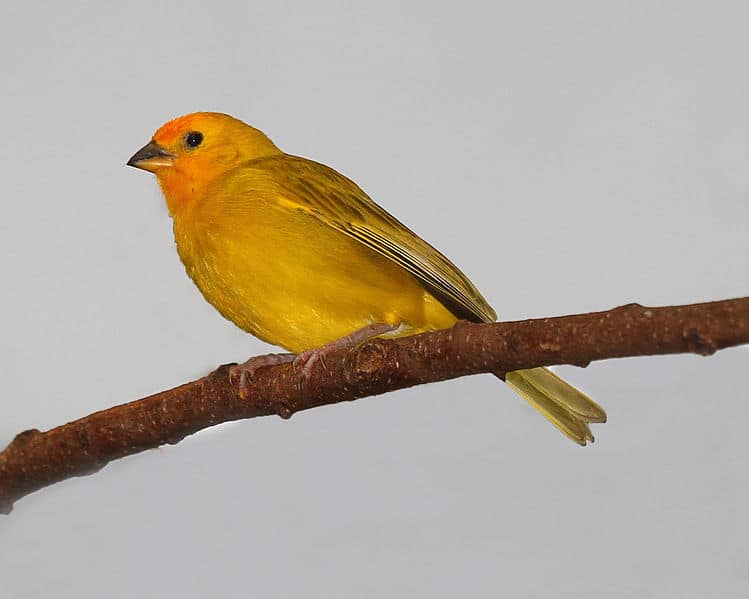 Wild birds in the state of Amazonas in Brazil are being trafficked for food and pet trade, according to a new study published today in Mongabay’s open-access journal, Tropical Conservation Science. Researchers found that between 1992 and 2011, the state’s environmental agency had seized nearly 2,700 wild birds being traded illegally.

The study shows that the use and trade of wild birds is common throughout the state, the authors write. However, “due to the clandestine nature of these activities, and the lack of basic biological data for many of the species traded, determining the impact of trade on bird wild populations is difficult,” they add.Much of the Brazilian state of Amazonas is covered by the Amazon rainforest.

Despite being rich in biodiversity, very few studies have looked at the animals being illegally traded in the state, the authors write.To fill the gap, researchers from Brazil scanned through 20 years of seizure records of illegal wildlife trade maintained by the Brazilian Institute of Environment and Renewable Natural Resources (or IBAMA) in the state of Amazonas.

The team found that IBAMA inspectors seized 2,698 wild birds — belonging to 40 species — between 1992 and 2011, mostly in the capital city of Manaus. Of the 40 species seized, around nine species did not occur in the state of Amazonas.

The Saffron finch (Sicalis flaveola), Muscovy duck (Cairina moschata) and Chestnut-bellied seed-finch (Sporophila angolensis) were the most frequently seized birds during the period.

While Saffron finch was primarily traded for use in the pet trade, Muscovy ducks were most commonly hunted and sold for their meat, the study found. In fact, almost half of the wild birds captured within the state of Amazonas were slaughtered for consumption, the authors write.

“In Amazonia, the use of wild birds is a widespread and important cultural activity, occurring in both rural and urban areas and across social classes,” the authors write. “Special attention should be given to the families Anatidae, Cracidae and Psittacidae, which are heavily exploited in illegal trade, as found in our study.”

“We believe that the adoption of educational programs in schools and in the media, as well as the intensification of inspections to prevent illegal bird trade, are key in the control of this activity,” they add. “These actions should have a positive impact on conservation of bird species and other animal groups affected by the same illegal activities in the region.”

This article was first published by Mongabay.com on 14 Dec 2015.