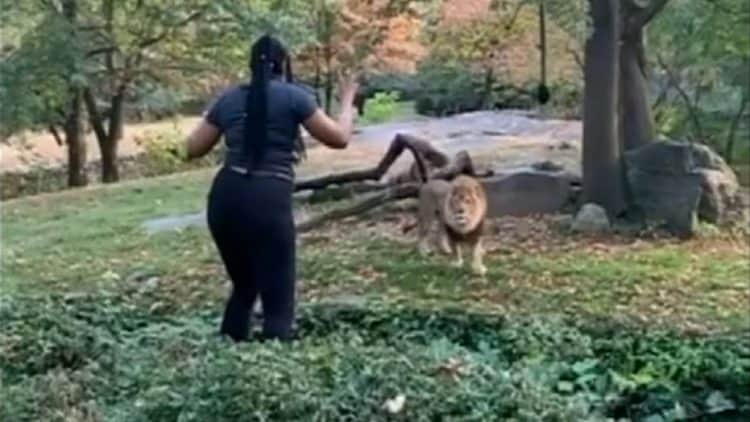 A woman climbed over a safety barrier at New York City’s Bronx Zoo last week and made her way into the lion exhibit, standing dangerously close to one of the animals.

The woman, standing a few feet away from a male lion, waved her hands and moved her body as if she was dancing.

The incident was captured in photos and videos that were posted on Instagram.

It’s unclear how long the woman stayed in the enclosure.

There was a moat-like barrier between the lion and the area where the woman was standing, NBC New York reported.

No one was injured. In a statement, the zoo called the incident a violation and said it had filed a complaint for criminal trespass.

“This action was a serious violation and unlawful trespass that could have resulted in serious injury or death.

Barriers and rules are in place to keep both visitors, staff and animals safe,” the zoo told NBC New York. “We have a zero tolerance policy on trespass and violation of barriers.”

This article was first published by Today.com on 2 October 2019.

This is a high level of craziness. What she was up to??. She is lucky that Lion didn’t attack her

Those damn meat eaters will get her