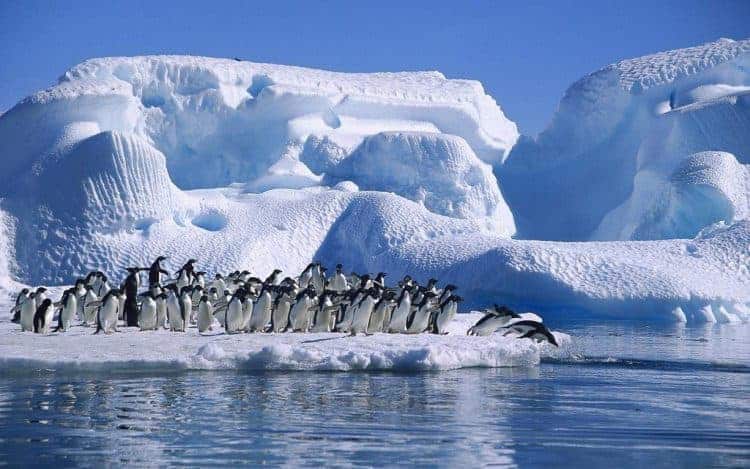 As the only continent not permanently inhabited by humans, Antarctica is home to some of the most pristine ecosystems on the planet. Attracted by its fish-rich waters, some 46 species of birds, from skuas to storm petrels, have spread their wings to this largely barren, but far from lifeless, icy continent.

But even on this most inhospitable of lands, nature is not safe from human influence. Penguins, easily the most iconic of Antarctica’s species, are also one of the most threatened, as a result of outside factors such as climate change and overfishing.

This is why BirdLife welcomes the establishment of the Ross Sea Marine Protected Area, which will protect some 1.5 M square kilometres (600,000 square miles) of the Southern Ocean from commercial fishing over the next 35 years.

In particular, the area holds great importance to penguins; it is estimated 155,000 Emperor PenguinAptenodytesforsteri (assessed by BirdLife for the IUCN Red List as Near Threatened) and more than 2.5 million Adelie PenguinPygoscelisadeliae (Near Threatened) use these waters. The area is also globally important for the long distance migrant South Polar Skua Catharactamaccormicki and Southern Fulmar Fulmarusglacialoides.

Many other seabird species can be seen foraging in these waters, such as the Southern Giant Petrel Macronectes giganteus, the Light-mantled Albatross Phoebetria palpebrata, the Black-browed Albatross Thalassarche melanophris, the Antarctic Petrel Thalassoica antarctica, the Snow Petrel Pagodroma nivea and the Wilson’s Storm Petrel Oceanites oceanicus. In addition, the waters also play host to leopard seals, killer whales, nearly a hundred species of fish and approximately 1,000 invertebrate species.

“The establishment of the Ross Sea protected area is a massive win for Antarctic marine life, including globally important populations of some seabirds, such as the Adelie Penguin.” says Pepe Clarke, Global Head of Policy, BirdLife International. “By reducing fishing pressure in the rich marine environment of the Ross Sea, this marine protected area will provide a safe haven for penguin and petrel populations threatened by overfishing”.

Seabirds are one of the most threatened groups of birds worldwide, and a top priority for BirdLife. Among these, Penguins are particularly at risk, with more than half of the species classified as Endangered or Vulnerable. To better inform international marine conservation priorities, we have mapped more than 3,000 internationally important areas for seabirds, including more than 200 sites in Antarctica, using cutting edge seabird tracking technology.

Our hope is that the next step the international community will take in order to preserve Antarctica’s vital ecosystems will be the establishment of an integrated network of marine protected areas in Antarctic waters, with a focus on those areas most important for marine mammals, fish and seabirds. BirdLife will continue to work for the formation of Marine Protected Areas in areas of water that we have expert knowledge of, and are not under the jurisdiction of any one country. Earlier this month, BirdLife International proposed that an area of the high seas of the Atlantic Ocean identified as vital for marine biodiversity should be given protected status.