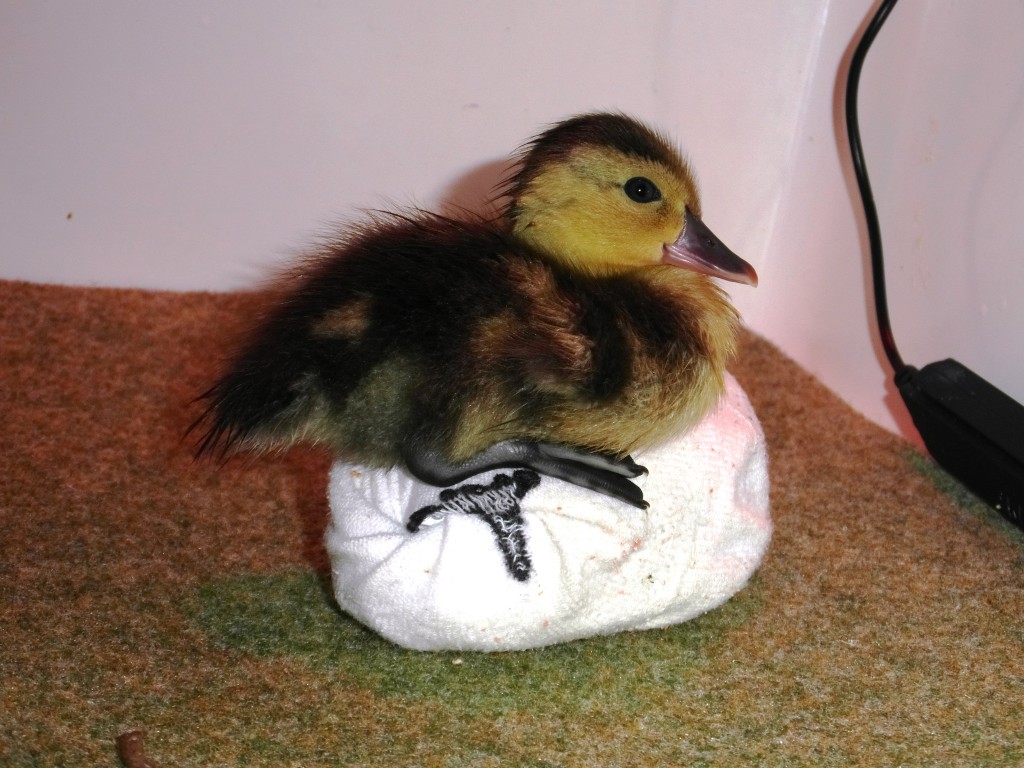 A critically endangered duck is being rescued from extinction by British and Malagasy conservationists with the help of a pair of socks. The Madagascar pochard was thought to be extinct until 2006, when a pocket of just 22 survivors was discovered at a single remote lake in northern Madagascar. The Wildfowl & Wetlands Trust and the Durrell Wildlife Conservation Trust have taken birds into captivity where they have twice bred successfully, so that the world total now numbers around 80 ducks.

The pair of socks is serving as a best friend to this duckling, who hatched on its own without siblings.

“Normally, ducklings come in broods. As first-time breeders, however, hatching success can initially be low, and this little fellow has no family around him. In some cases, being raised alone can lead to behavioural problems in later life.

“So a pair of socks gets him used to cuddling up to something his own size for companionship while he’s still very small. This will help him to bond and interact normally with other ducks, once he’s old enough to be introduced to birds from other broods.”

“Eventually, birds from the captive breeding programme will be released into the wild to establish a new population. Working with local communities to solve the issues which were driving this duck to extinction is essential to give this unique bird a real chance of survival.”

Ducks from different broods are being paired up carefully to maintain genetic diversity, given the small number of birds which make up the entire population.

Durrell Conservation Biologist Glyn Young said “This latest batch of healthy ducklings provides us with another step forward in saving the pochard from extinction.

“Genetic management allows us to make the best use of a limited number of wild birds and to ensure the maximum health of the vital conservation population necessary for the survival of this duck.”

This article was written and published by WWT.org.uk