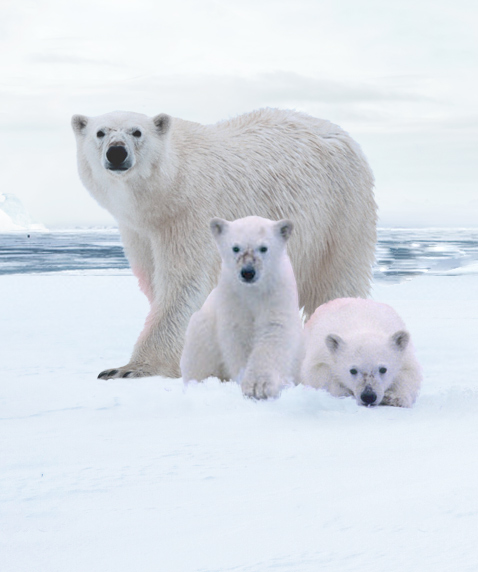 A WWF scientific expedition sets off tomorrow to tackle an enduring mystery in the icy seas off Siberia. The expedition is going to the Laptev Sea to find out if local populations of walrus and polar bear are related to populations to the east or west.

The expedition also plans to confirm walrus haulout locations, estimate the number of animals observed, and examine behavior. The Laptev Sea is almost equally distant from the Pacific and Atlantic Oceans.

“Biologists have long been puzzled about whether the Laptev populations are separate and genetically distinct,” says Igor Chestin, CEO of WWF Russia. “By getting genetic samples, we plan to help answer this question.”

The genetic makeup could have implications for the management of both walrus and polar bear populations. “We just do not know much about the populations of either of these animals in this part of the world,” says Geoff York, WWF’s Arctic species lead.

“If it is found that walrus or polar bears form a genetically distinct population, then it will become even more important to protect the populations to help maintain genetic diversity of these animals,” York added.

At present, the Laptev Sea remains one of the most remote parts of the Arctic, but animals that rely on ice such as walrus and polar bears will increasingly be affected as the ice cover on the Russian coast shrinks due to climate change.

The same loss of ice is increasing shipping along the north coast of Russia, and attracting oil and gas companies. The expedition will run from August 13-25, and will include other WWF specialists in addition to Chestin and York, and outside specialists also.

The expedition is sponsored by Canon Europe, Conservation Imaging Partner of WWF International. Canon has a longstanding partnership with WWF that goes back over fifteen years, using imaging expertise to help WWF record and promote awareness of the state of the environment and climate change.

It is supplying photographic equipment for this latest project and sponsoring a leading Russian wildlife photographer, Alexey Ebel, to capture images of the wildlife encountered along the way.

This article was written and published by World Wildlife Fund.