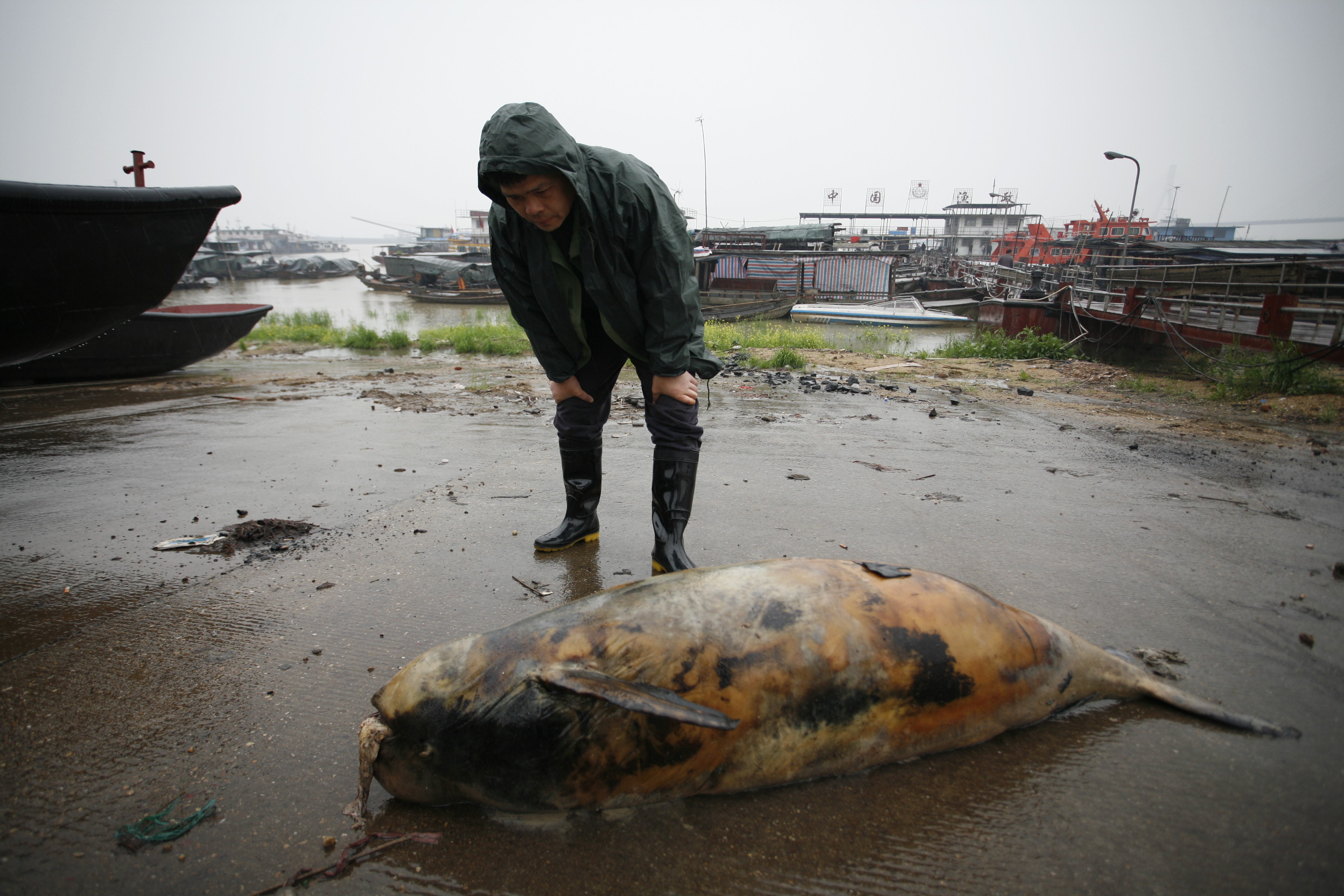 The Yangtze finless porpoise population has declined to a mere 1,000 individuals, making the endangered species even more rare than the wild giant panda, the 2012 Yangtze Freshwater Dolphin Survey Report reveals.   The population in the mainstream of the Yangtze River was less than half of what a similar survey found six years ago, with food shortages and human disturbance such as increased shipping traffic major threats to their survival.

The study also found that the rare species annual rate of decline now stands at 13.7 percent, which means that the Yangtze finless porpoise could be extinct as early as the year 2025.

The report comes after a 44-day and 3,400-kilometer round-trip research expedition on the Yangtze River between Yichang in Hubei Province and Shanghai. Led by China’s Ministry of Agriculture and organized by the Institute of Hydrobiology (IHB) at the Chinese Academy of Sciences, WWF and the Wuhan Baiji Dolphin Conservation Fund, the expedition first set sail on 11 November 2012.

The crew visually identified 380 individual Yangtze finless porpoise in the river’s mainstream during the 2012 survey. Based on this observation, scientists determined through analyses that the population in the Yangtze mainstream is about 500, down from 1,225 in 2006.

In October 2012, research was carried out in two adjoining lakes, the Poyang and Dongting, where the population was about 450 and 90, respectively, according to the report.  In a sharp contrast, 851 individuals of Yangtze finless porpoise were visually identified in the mainstream of the Yangtze during the 2006 survey. That research, however, did not cover the two lakes.

“The species is moving fast toward its extinction,” said Wang Ding, head of the research expedition and a professor at the IHB.  Attempts to find traces of the Baiji Dolphin, another rare cetacean and close relative of the finless porpoise, failed during the 2012 survey. The Baiji dolphin was declared “functionally extinct.”

According to data captured by acoustic equipment onboard the observation ships, the largest numbers of finless porpoise were found in the river sections east of Wuhan, with 67 percent recorded between Hukou in Jiangxi Province and Nanjing in Jiangsu Province, the report shows.

There is a notable sign of scattered distribution pattern which could be the result of “shipping traffic that made migration harder, projects that altered hydrological conditions in the middle and lower reaches and habitat loss,” said Wang with the IHB.

The report also cautions that small groups of Yangtze finless porpoise living in comparative isolation may have a negative impact on their ability to reproduce.

There are fewer finless porpoise in the mainstream of the Yangtze while more discoveries were made in wharf and port areas, scientists found.

“They may risk their lives for rich fish bait resources there. But busy shipping traffic close to the port areas poses a threat to the survival of finless porpoise,” said Wang.

“Lack of fishery resources and human disturbances including shipping traffic are among the key threats to the Yangtze finless porpoise survival,” Lei Gang, director of freshwater programme at WWF-China, said.

Researchers found dense distributions of finless porpoise in waters that are not open to navigation and attribute this to less human disturbance. Less optimistic was the discovery of illegal fishing practices in these areas, including traps that could affect finless porpoise.

This article was written by Qiu Wei, WWF China