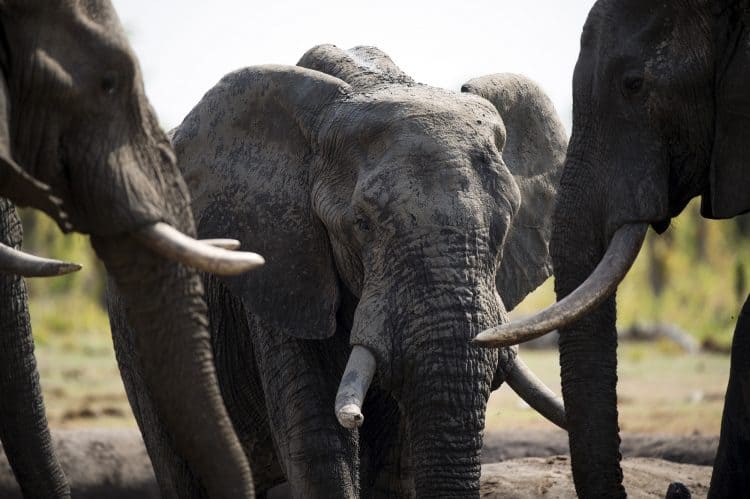 Zimbabwe is considering the mass killing of elephants, known as culling, for the first time since 1988 to reduce the 100,000 strong population of the animals.

The government of Zimbabwe, which has the world’s second-largest population of elephants after neighboring Botswana, maintains that the large number of the animals is leading to destruction of habitat needed by other species and an increasing number of dangerous human-elephant interactions.

Adult elephants can eat 300 kilograms (660 pounds) of vegetation a day and often strip bark from trees, killing them.

“We are trying to see ways in which we can reduce the numbers. We have to discuss it at policy level as government,” Mangaliso Ndlovu, the Environment, Climate, Tourism and Hospitality Minister, said Wednesday in an interview carried by the state-controlled Zimpapers Television Network. “Options are on the table, including culling.” No further details were given.

While elephant numbers have fallen in total over the last few decades, Southern African nations, including Zimbabwe, have seen their populations of the animals rise.

While culling has been avoided across the region after protests from environmental activists, Botswana and Zimbabwe have in recent years asserted the right to manage their elephant numbers as they see fit.

“It’s an option but not a decision yet,” Ndlovu said by text message. “We will obviously rely on scientific advice.”

The southern African nation is undergoing a review of its Parks and Wildlife Act to collate views on how to better manage its wildlife resources.

Zimbabwe killed more than 50,000 elephants when it carried out culling on five occasions between 1965 and 1988, according to the Zimbabwe Parks and Wildlife Management Authority.

Uganda, Zambia and South Africa have also culled elephants in the past.

When elephants are culled family groups, or herds, are shot in their entirety to prevent post traumatic stress for surviving animals.

“The only way to manage elephant populations by culling is to take out entire herds,” said Rob Lurie, chairman of the Zimbabwe Professional Hunters and Guides Association. “It’s not an easy task and would require a lot of manpower and financing to be done correctly.”

Other methods of population control include contraception and translocation.

This article was first published by Bloomberg on 5 May 2021. Lead Image: Photographer: Martin Bureau/AFP/Getty Images.

We invite you to share your opinion how Zimbabwe’s surplus elephants should be controlled? Please vote and leave your comments at the bottom of this page.