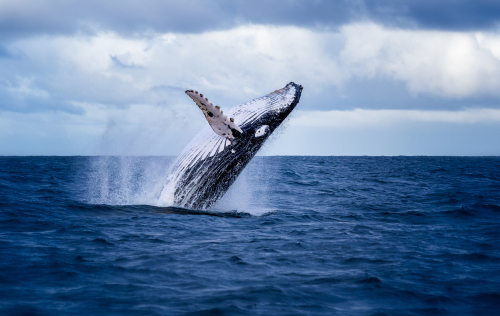 More animals are being harmed because of our plastic habits. In a northern Scottish Island, a sperm whale washed up onto the beach with 220 pounds of plastic in its stomach. The whale beached itself and died December 5, where it was later found by researchers.

When a necropsy was performed on the whale, researchers uncovered 220 pounds of trash. Inside the whale they found nets, cups, bags, ropes, packing straps, tubing and other debris.

The Scottish Marine Animal Stranding Scheme found and performed the necropsy on the whale. “All this material was in a huge ball in the stomach and some of it it looked like it had been there for some time,” the group wrote on Facebook.

Scottish Marine Animal Stranding Scheme said it was unclear whether the debris had caused the whale’s death.

They wrote on Facebook, “This amount of plastic in the stomach is nonetheless horrific, must have compromised digestion, and serves to demonstrate, yet again, the hazards that marine litter and lost or discarded fishing gear can cause to marine life.

It is also perhaps a good example that this is a global issue caused by a whole host of human activities.”

The group isn’t sure exactly where the debris came from, but it blamed both the fishing industry and land activities for the overuse of plastic.

Plastic waste is killing whales all around the globe at an alarming rate, a Cuvier beaked whale washed ashore in the Philippines with over 40 kilos of plastic in it’s stomach, a pilot whale died in southern Thailand as a result of eating more than 80 plastic bags, the body of a dead sperm whale washed up on the southern coast of Spain was found to have 64 pounds of plastic bags, a jerrycan, and several pieces of rope and net.

Studies show majority of whales dound dead in the mediterranean were killed by our plastic trash. Sea Shepherd created a eye-opening campaign to draw attention to how plastic pollution impacts whales and dolphins.

Plastic is also found in various other animals as well, like deers and cows.There are products you may be using or habits you may have that contribute to plastic pollution.

Learn more about how the use of Teabags, Cotton Swabs, Laundry, Contact Lenses, Glitter and Sheet Masks pollute our oceans so you can make more informed decisions going forward. There are also numerous simple actions and switches that can help cut plastic out of our lives including, making your own cosmetics, shampoo, toothpaste, soap, household cleaners, using mason jars, reusable bags / bottles / straws, and avoiding microbeads!

Sign this petition to demand the end of the single-use plastics killing whales and damaging our oceans!

This article was first published by OneGreenPlanet on 15 December 2019.