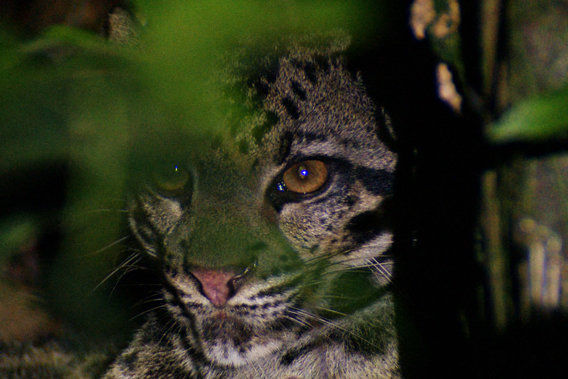 In my childhood’s biology books from the 50’s, the Australian marsupial tiger Thylacine is classified rare but alive. Today we know that the last thylacine died in a Tasmanian zoo 7th September, 1936, after a century of intensive hunting encouraged by bounties. The local government had finally introduced official protection 59 days before the last specimen died. Despite the optimism in my old books, no more thylacines were ever found. No film of it in the wild exists.

So, I record wildlife on video. Not as work but as an obligation—and privilege. The thylacine is gone but I have had the opportunity to film a few dozen species from the IUCN Red List of Threatened Species. Several of them are classified Critically Endangered, animals that count on hundred or less pairs in the wild, and declining.

When I was a boy, the industrialized processing of rainforests had only just begun. The conveyor-belt assembly lines already mass-produced newly developed portable aluminum chainsaws for the job. By now, I have witnessed the abolition of half of the Earth’s tropical rainforests.

In Borneo this happened in a couple of decades, after the most intensive forest clearance ever seen. Half of the world’s tropical timber comes from Borneo. Lowland rainforests will soon be all cut in Kalimantan, the Indonesian Borneo. On Malaysian side, somewhat more have been saved for now.

In March 2011 and July 2012 I and my wife Tuija visited two of the best-preserved Malaysian lowland rainforests, Tabin Wildlife Reserve and Danum Valley, to see and film Bornean wildlife as it was.