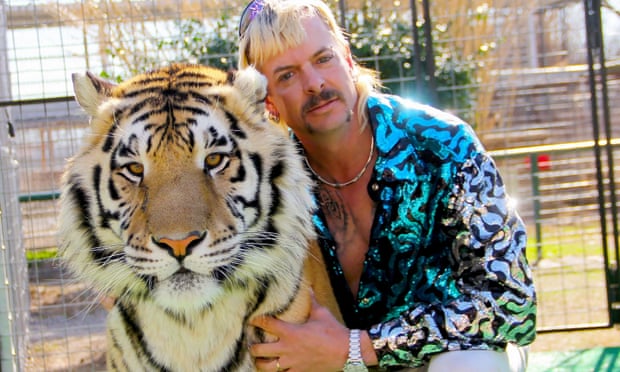 US authorities have seized 68 big cats from an Oklahoma animal park that featured in the 2020 Netflix series Tiger King, the Department of Justice has said.

In an affidavit of more than 50 pages, prosecutors said they believed a jaguar, seven lions, 46 tigers and 15 lion-tiger hybrids owned by Jeffrey Lowe and his wife, Lauren Lowe, had been sold, purchased or transported, which would be a violation of the Endangered Species Act (ESA).

“There is probable cause to believe that the 68 big cats and the jaguar continue to be harmed and harassed and, therefore, unlawfully taken in violation of the ESA,” the affidavit said.

The couple was accused in November of violating the ESA and the Animal Welfare Act in a 110-page civil complaint. The justice department had accused them of exhibiting the animals without a licence and of jeopardising their health, the New York Times reported.

Tiger King, the true crime series set in the world of private zoos and their eccentric owners, became a worldwide phenomenon when it was aired in March last year.

It told the story of the flamboyant Oklahoma zoo keeper Joe Exotic, his rivalry with the Florida big cat rescue activist Carole Baskin and his imprisonment for hiring a hitman to try to kill her.

Lowe, who became the owner of the private wildcat zoo at the centre of the series, said last August he was closing its doors permanently, citing pressure from animal rights activists and inspectors.

This article was first published by The Guardian on 21 May 2021. Lead Image: Joe Exotic, star of the Netflix show Tiger King, with one of his animals. The justice department said it had seized 68 lions, tigers and lion-tiger hybrids as well as a jaguar from his former animal park. Photograph: Netflix US/AFP/Getty.