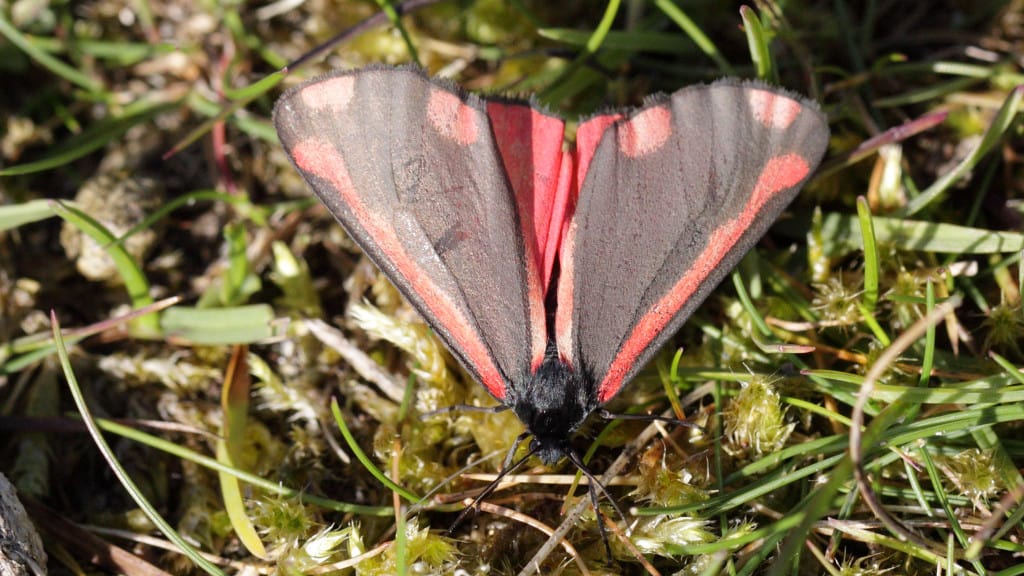 The Cinnabar moth (Tyria jacobaeae) is a brightly coloured arctiid moth, found in Europe and western and central Asia. It has been introduced into New Zealand, Australia and North America to control poisonous ragwort, which its larvae feed on. The moth is named after the red mineral cinnabar because of the red patches on its predominantly black wings. Cinnabar moths are day-flying insects. The larvae use members of the genus Senecio as foodplants. The larvae absorb bitter tasting alkaloid substances from the foodplants, and assimilate them, becoming unpalatable themselves. The bright colours of both the larvae and the moths act as a warning sign so that they are seldom eaten by predators. 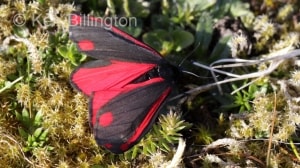 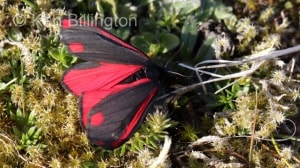 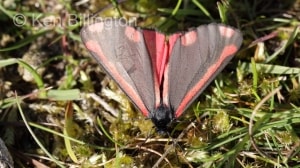