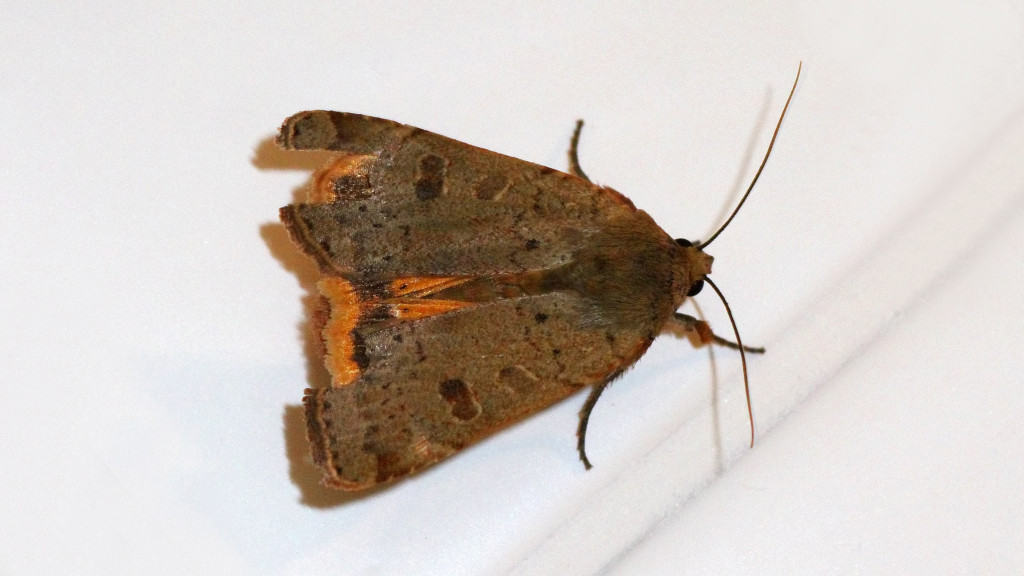 The Lesser Yellow Underwing (Noctua comes) is a moth of the family Noctuidae. It is found throughout Europe. It was introduced into British Columbia in about 1982 and has spread southward in the Pacific Northwest. It has recently been reported from Ontario (Crolla 2008). Full synonymy given in Lafontaine. It is a common species but not as abundant as its larger relative Large Yellow Underwing. It flies at night from July to September and is attracted to light and flowers such as heather, marram grass and ragwort. 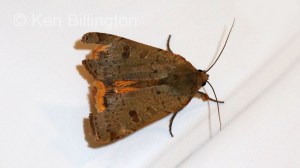