The Meadow Grasshopper (Chorthippus parallelus) is a common species of grasshopper found in non-arid grasslands throughout the well vegetated areas of Europe and some adjoining areas of Asia. It is a well-studied organism in the discipline of evolutionary biology and was an early and important model system for the study of European phylogeography. The range of the Meadow Grasshopper extends from the Atlantic coast of Europe to the Urals. It is found from Scandinavia in the north to southern Spain and Anatolia in the south. It prefers moist vegetation and in southern regions is typically found in river valleys and at altitude (up to approx 2000m), not being found in arid areas. 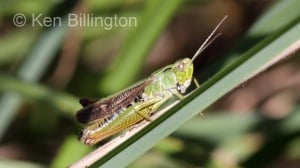 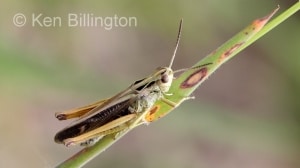