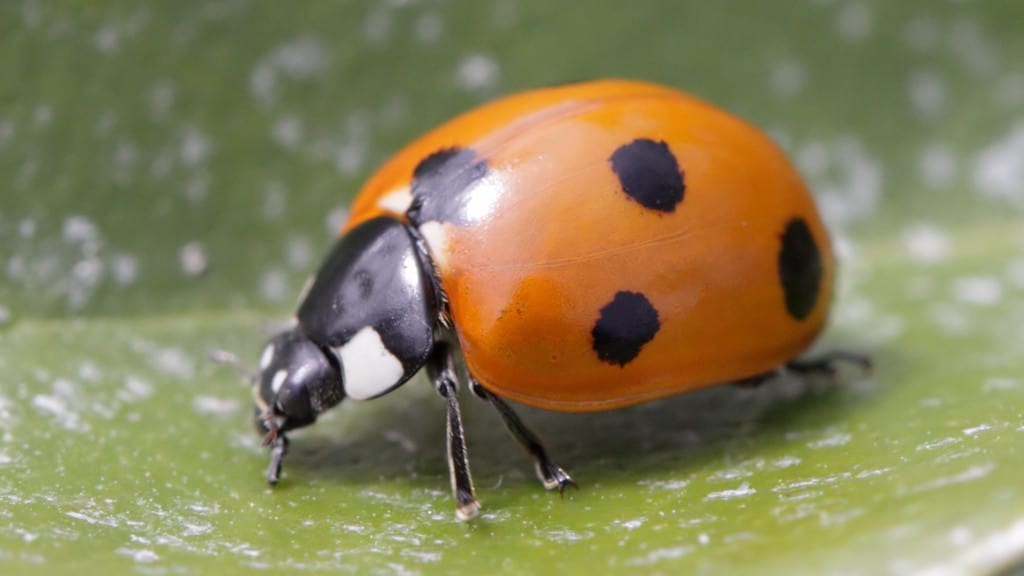 The Seven-spot Ladybird (Coccinella septempunctata), is the most common ladybird in Europe. Its elytra are of a red colour, but punctuated with three black spots each, with one further spot being spread over the junction of the two, making a total of seven spots, from which the species derives both its common and scientific names. It has a broad ecological range, living almost anywhere there are aphids for it to eat. Both the adults and the larvae are voracious predators of aphids, and because of this, the species has been repeatedly introduced to North America as a biological control agent to reduce aphid numbers, and is now established in North America, and has been subsequently designated the official state insect of six different states (Delaware, Massachusetts, New Hampshire, Ohio, Pennsylvania, and Tennessee). 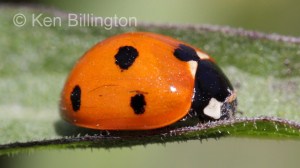 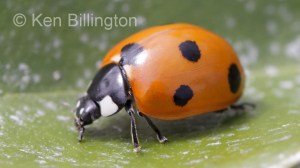 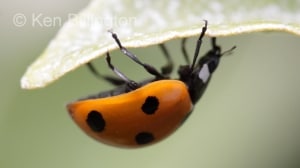 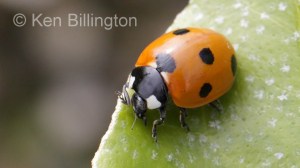 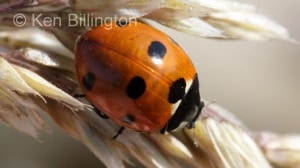