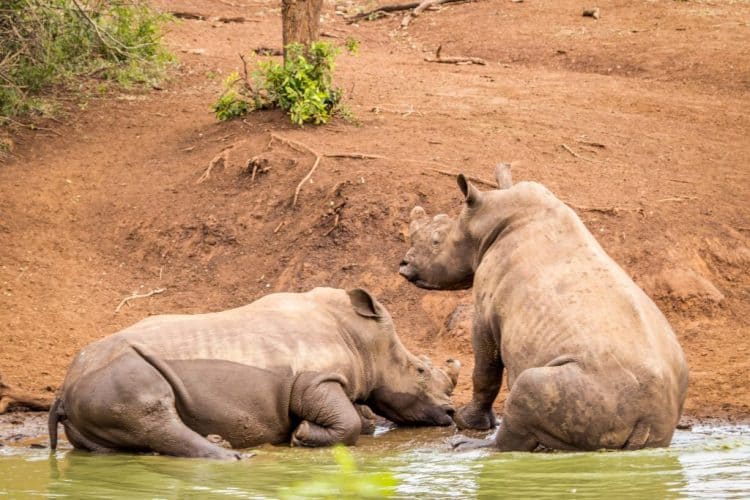 In a statement on Monday, South African National Parks (SANParks) congratulated the department as the conviction was the first of its kind in Mozambique in over a decade.

The two men, hailing from the Mapai District in Gaza Province were sentenced to 17 and 16 years imprisonment respectively for killing protected animals, possession of unlicensed weapons and illegal possession of ammunition.

The sentencing also included a 28-month fine, 5% minimum wage, payment of 300 state minimum wages, and compensation to the park for damages caused.

“The historic conviction and sentence is the first in Mozambique since the scourge of rhino poaching emerged in 2008, leading to an MOU between South Africa and that country to counter illegal wildlife crime

The investigation was in collaboration with the SANParks Environmental Crime Investigative Unit in Phalaborwa.”

“Some of the people we arrest in the Kruger National Park for poaching are from Mozambique. It gives one so much hope to note that the authorities in that country are taking the fight against poaching seriously. We also note that this is the first conviction and sentencing of rhino poaching in Mozambique since 2008 and we congratulate and encourage them for ensuring that justice is prevalent in this fight”

This article was first published by Wildest on 3 September 2019.