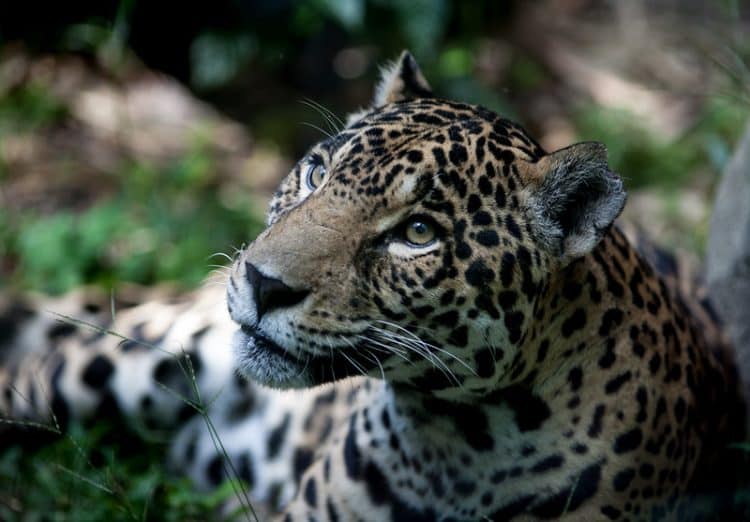 Satellite imagery reveals several areas of primary rainforest were cleared alongside agricultural fields in the Brazilian Amazon, all in close proximity to Indigenous and protected lands.

In March, the Global Land Analysis and Discovery (GLAD) lab at the University of Maryland detected areas of newly cleared forest in Lábrea municipality, in the state of Amazonas. Satellite imagery from Planet Labs confirms that the deforestation occurred in four areas and covers around 2,115 hectares (5,226 acres).

The largest of the deforested areas covers approximately 1,180 hectares (2,916 acres) and is with within 4 kilometers (2 miles) of the Kaxarari Indigenous Territory, which was threatened by fires in August 2020 from the adjacent croplands.

The northernmost cleared areas are close to Iquiri National Forest, a sustainable-use area that’s home to rare and threatened animals such as the eastern pygmy marmoset (Cebuella niveiventris), gray woolly monkey (Lagothrix cana), jaguar (Panthera onca), and giant anteater (Myrmecophaga tridactyla). As forests are fragmented, these animals have fewer pathways to move across the region.

Lábrea municipality has been called a “crime factory,” its remote location and lack of law enforcement acting as a catalyst for illegal deforestation and land grabbing.

Lábrea saw the fifth-largest increase in deforestation in the Amazon in 2019 and ranked as one of Brazil’s top five most deforested municipalities in 2020. The majority of privately owned forests have been cleared for cattle ranching in the region, Maurício Monteiro reports for Repórter Brasil.

Between January and July 2020, Lábrea had the fifth-highest number of forest fires of any Brazilian municipality, according to INPE, the national space agency.

Fires typically follow deforestation in the Amazon, with land being cleared and then burned to make way for agriculture. Deforestation and fires in Lábrea were concentrated around the São Domingos rubber plantation, Monteiro reports.

Forest destruction in the Brazilian Amazon hit a 14-year high for the month of May, amounting to 118,000 hectares (292,000 acres), an area roughly 20 times the size of Manhattan, according to INPE’s satellite-based deforestation tracking system, DETER.

Increased deforestation in the Brazilian Amazon has been blamed on the administration of President Jair Bolsonaro. Since he took office in 2019, deforestation in Brazil has increased by nearly 50%, reaching a 12-year high. In 2020, land conflicts also hit a record high, with 1,576 cases recorded by the Catholic Church-affiliated Pastoral Land Commission, which has tracked conflicts for the past 35 years.

Experts say land grabbers have been emboldened by relaxed regulations and amnesties granted by the government. For instance, a measure proposed in 2019 (Provisional Measure 910) would allow those who illegally deforested protected federal lands before December 2018 to buy that property at reduced rates, granting them amnesty in the process.

“Brazil`s environmental regulations have been gutted under the Jair Bolsonaro presidential administration,” Phillip M. Fearnside, an ecologist at Brazil’s National Institute for Research in Amazonia (INPA), wrote in a commentary for Amazônia Real, “[T]he recent passing of control of both houses of congress to the coalition of parties supporting the president … will ease passage of a series of bills further dismantling environmental protections.”

Roughly 20% of the Amazon has been cleared since the 1970s. As a result of deforestation, fires and climate change, the Amazon dry season is getting longer and mega droughts more common. Some scientists warn that the Amazon is nearing a tipping point when precipitation diminishes until the rainforest transitions into an impoverished, less diverse savanna ecosystem that provides less function. Already, the ability of the Amazon to absorb CO2 is declining and trees are dying at a faster rate. Ongoing destruction raises serious concerns about the fate of the world’s largest rainforest, and the plants, animals, and people it sustains.

This article by Liz Kimbrough was first published on Mongabay.com on 9 June 2021. Lead Image: Jaguar by Eduardo Merille via Flickr (CC BY-SA 2.0). Editor’s note: This story was powered by Places to Watch, a Global Forest Watch (GFW) initiative designed to quickly identify concerning forest loss around the world and catalyze further investigation of these areas. Places to Watch draws on a combination of near-real-time satellite data, automated algorithms and field intelligence to identify new areas on a monthly basis. In partnership with Mongabay, GFW is supporting data-driven journalism by providing data and maps generated by Places to Watch. Mongabay maintains complete editorial independence over the stories reported using this data.