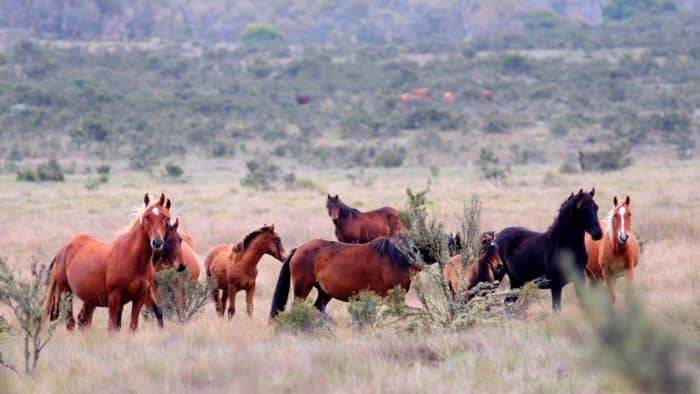 Last year, I drove up to the New South Wales high country with my oldest son. We arrived at Geehi, found a camp site, rigged up our rods and waded into the crystal clear water, hoping to snag a trout.

Between casts, my attention was drawn to a pair of black cockatoos, sailing overhead. Looking up, I noticed the main range of Kosciuszko. Ancient and imposing, granite worn smooth by rain and snow, embroidered with lichens and wildflowers.

I don’t know how long we stood there, in silent awe of the jagged peaks, but it’s a treasured moment frozen in time.

In the weeks leading up to this trip, this place had been occupying my mind. As a member of the NSW threatened species scientific committee, I’d been involved in monthly day-long meetings for the past few years, participating in detailed discussions with people who knew far more than me about frogs and plants, bats and snails.

I’m an ecologist — for the past 25 years, I’ve studied interactions between plants and animals — working out why some areas support more diversity, why particular plants and animals have positive or negative effects on their communities.

This group of independent experts, appointed by the NSW minister for the environment was charged with synthesising available information about species, communities and ecological processes, advising government on the top priorities for management.

With shrinking budgets and the ever-present spectre of unprecedented climatic conditions, we wanted to ensure we were giving government the most up-to-date advice in our determinations. We worked diligently through hundreds of pages of journal articles and reports, emails from experts and concerned stakeholder groups. One of the determinations we were working on was listing feral horses as a Key Threatening Process.

The literature was quite clear on this issue. As with deer, goats and all the other exotic ungulates in Australia, these large hoofed animals have dramatic impacts on soils, breaking through the delicate crusts that hold them together, compacting the soil down so that they can no longer soak up water when it rains. But horses have a range of other effects. Unlike native grazers, they need to drink daily, chopping up creek-banks as they come and go. And because they don’t chew their food as much as deer and goats, many seeds pass through intact, including many weeds, tracked far into remote corners of this rugged country miles from management trails.

Some of the clearest information about how horses affect Australian environments comes from the high country, where fenced-out plots demonstrate just how dramatically they’ve altered these alpine communities. Within Kosciuszko national park, a 2008 report found 76% of stream banks were degraded in areas with horses, compared with 11% in areas where horses didn’t occur. We, the scientific committee, tallied the information, compared it with international benchmarks, finessed the language to ensure it was balanced and evidence-based, then voted and moved on to the next determination.

While this draft determination was open for public comment, John Barilaro, the outspoken Nationals state member for Monaro and deputy leader of the NSW government introduced a bill into parliament. The proposed legislation protects feral horses within Kosciuszko national park, requiring all future management plans for this National Heritage Listed area to consider the cultural significance of horses.

We felt gutted. Not only did this fly in the face of the document we had just prepared for government, it made a mockery of the years of careful scholarship distilled within it. Discussing this issue with my wife and sons, we decided that if this bill was passed, I would have no option but to resign. And last Wednesday, the bill was passed without amendment. The minister for environment our committee directly advised gave the brumby bill her strong support. The next day, I resigned, sharing my letter over Twitter.

Much has been written about this issue, but let’s be crystal clear — feral horses are incompatible with protected area management. It’s one or the other. You can have brumbies and trail-rides and epic mountain adventures on horseback, but all of these things cannot occur within a national park without causing further damage to the very flora, fauna and ecological communities the park was established to protect.

Putting horses, mountains and the complexities of feral animal management to one side, this issue brings into very sharp focus the disdain our government shows for science. Being a “clever country” necessarily involves listening to our scientific community. If governments continue to ignore considered advice from the very panels they sanctioned specifically to give them considered advice, a lesser Australia awaits. An Australia where sharing quiet moments with your kids, wading along a crystal clear mountain creek, is no longer possible. Our rivers fouled, our mountains choked with weeds. Maybe they’ll tell stories about that instead. Or write poems.

This article was first published by The Guardian on 11 Jun 2018.

We invite you to share your opinion whether Australia’s feral “brumby” horses should be protected? Please vote and leave your comments at the bottom of this page.