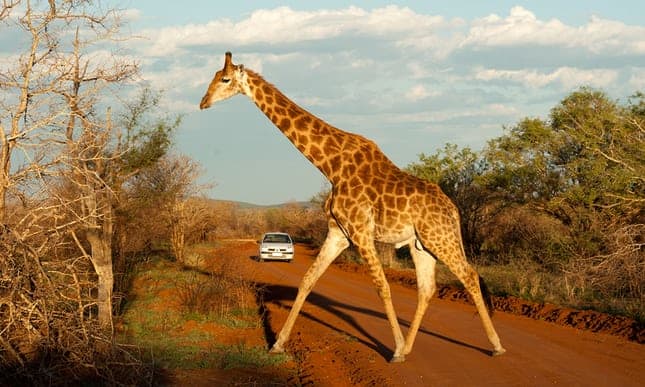 Tess Thompson Talley, a 37-year-old woman from Kentucky, is facing backlash after shooting and killing an elderly male giraffe on a hunting trip in South Africa. The trip took place last summer, but a photo of Talley posing with the animal’s body has recently gone viral on social media, sourced from a Facebook post she made last year that has since been deleted. It read:

“Prayers for my once in a lifetime dream hunt came true today! Spotted this rare black giraffe bull and stalked him for quite awhile.”

A Twitter post of the photo by AfricaDigest has since drawn particular attention to the story. Calling Thompson Talley a “white American savage who is partly neanderthal”, it has been retweeted over 40,000 times. A number of public figures have since voiced their outrage.

White american savage who is partly a neanderthal comes to Africa and shoot down a very rare black giraffe coutrsey of South Africa stupidity. Her name is Tess Thompson Talley. Please share pic.twitter.com/hSK93DOOaz

The musician Moby called her “broken and soulless”, the TV journalist John Simpson called her an “idiot woman”. Comedian Ricky Gervais used far stronger expletives. Back in 2015, Gervais was quick to share a photo of Rebecca Francis, a woman who posted a picture of herself smiling next to the carcass of a giraffe, and who claimed she received “hundreds of thousands of death threats” after the photo went viral.

On 27 June, Hollywood actress and former Will & Grace star Debra Messing wrote: “Tess Thompson Talley from Nippa, Kentucky, is a disgusting, vile, amoral, heartless, selfish murderer,” adding that she has a “black heart”.

The backlash is similar to that faced by American dentist Walter Palmer. In 2015, he shot dead Cecil the lion outside Hwange National Park in Zimbabwe and international outrage ensued. Jimmy Kimmel cried, donations to the park quickly flooded in and conservationists condemned Palmer’s actions.

Hunting a giraffe is legal in South Africa if it has been pre-arranged with a game park. However, Thompson Talley’s story raises alarm bells about giraffes being killed as trophies, especially given that there are less than 100,000 on the planet.

The controversial business of trophy hunting, in which hunters pay for permission to shoot rare animals, raises large amounts of money. It is often justified with claims about the funds being raised from hunters being put back into animal conservation. The big game industry in South Africa – from hunting to breeding to tourism – is worth $2bn a year.

In response to outcry over her photo, Thompson released a statement to CBS News. “This is called conservation through game management,” she said, explaining that the giraffe that she hunted was old and prone to attacking younger giraffes. “Now that the giraffe is gone, the younger bulls are able to breed.”

This article was first published by The Guardian on 03 Jul 2018.

We invite you to share your opinion whether the trophy hunting of giraffes should be made illegal? Please vote and leave your comments at the bottom of this page.

you mean it isnt

It is still legal to shoot a giraffe in South Africa!