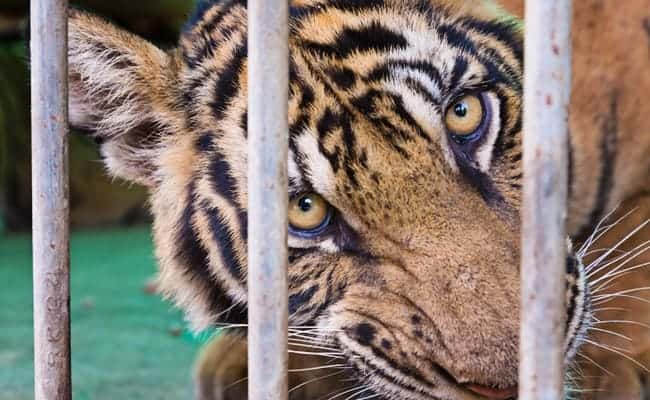 Animal advocates are celebrating another major victory after the announcement that Italy is going to phase out the use of all animals in circuses and traveling shows.

According to Animal Defenders International (ADI), Italy has one of the largest circus industries in the world with an estimated 100 circuses and about 2,000 animals. The phase out therefore means one of the biggest wins yet for international efforts to stop circus suffering.

Earlier this spring the ADI, in collaboration with the Italian group LAV, supported the launch of the bill and presented lawmakers with a special screening of the film Lion Ark, which covers the epic rescue of circus animals in Bolivia.

While wild animals have been used in circuses for decades, we now know so much more about what they need to be physically and psychologically healthy and there’s no shortage of evidence showing that traveling circuses can never meet those needs–even with the best of intentions. Research, multiple undercover investigations and media reports have all exposed not only the problems inherent with keeping wild animals in circuses around the world, but also the heartbreaking abuses they’re subjected to.

“Travelling from place to place, week after week, using temporary collapsible cages and pens, circuses simply cannot provide for the needs of the animals. Through ADI’s undercover investigations we have shown the violence and abuse that is used to force these animals to obey and perform tricks,” said Jan Creamer, President of ADI.

According to ADI, the final rules in Italy on how the new legislation to phase out all animals in circuses, not just wild animals, will be set within one year by a Ministerial decree.

“We applaud Italy and urge countries like the UK and the USA to follow this example and end this cruelty,” added Creamer.

Italy is now the 41st country to ban the use of animals in circuses, and hopefully more will soon follow.

Progress is being made towards this goal in Scotland, Wales, England and Ireland. In the U.S., animal advocates are urging Congress to support the Traveling Exotic Animal and Public Safety Protection Act (HR1759), which would end the use of wild and exotic animals in traveling circuses once and for all.

Even though some cities and states have taken action to protect animals used in circuses, supporters continue to argue that the issue needs to be addressed on a federal level because the mobile nature of circuses makes it difficult for law enforcement and inspectors to follow up on incidents and potential or actual violations of the Animal Welfare Act, which leaves officials virtually incapable of doing anything meaningful to ensure the well-being of animals, or the safety of the public.

You can show your support for animals being used in entertainment by signing and sharing the petition asking Congress to pass the Traveling Exotic Animal and Public Safety Protection Act.

For more on how to help animals in circuses, check out Stop Circus Suffering.

We invite you to share your opinion whether the use of animals in circuses should be banned? Please vote and leave your comments at the bottom of this page.