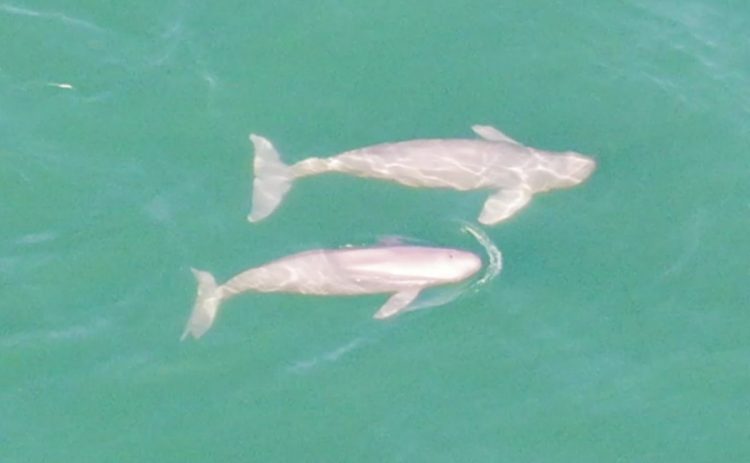 Two silvery-white porpoises glide through the ocean, captured in the lens of a drone camera. The pair swim side by side, occasionally surfacing for a quick breath of air. After a few minutes, they’re joined by several other porpoises, and the group travels together before disappearing into deeper waters. This is the first drone video […]

The Yangtze finless porpoise population has declined to a mere 1,000 individuals, making the endangered species even more rare than the wild giant panda, the 2012 Yangtze Freshwater Dolphin Survey Report reveals.   The population in the mainstream of the Yangtze River was less than half of what a similar survey found six years ago, with […]