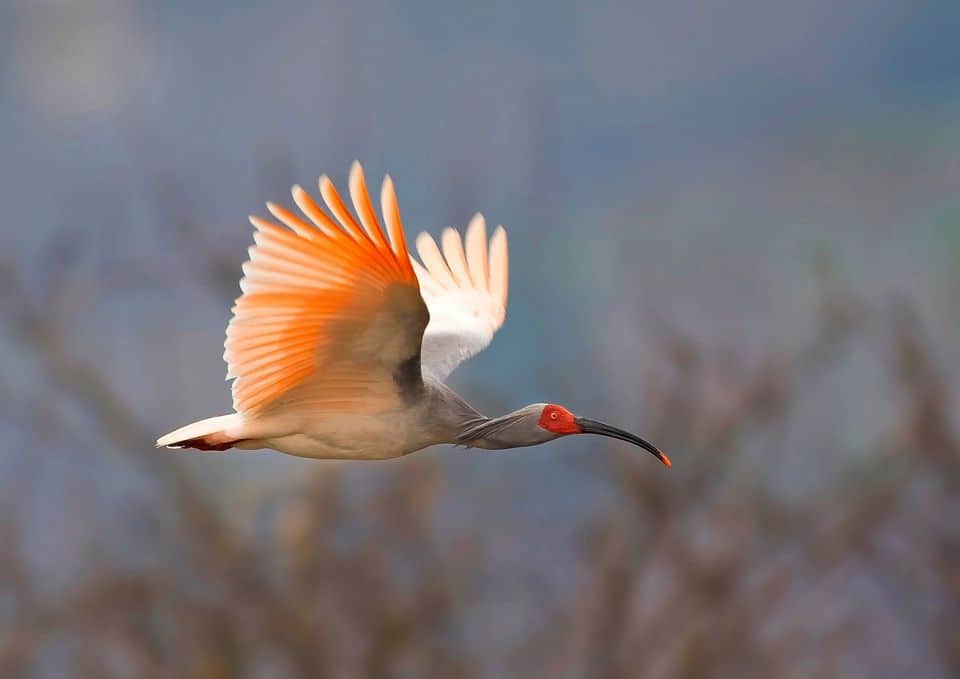 The first crested ibises to be born in the wild in Japan since 1976 have been topping national news bulletins and grabbing front-page headlines this week, in a sign of the symbolic importance of a program to reintroduce the bird into the nation’s countryside.

The first chick was caught on camera on April 22 on Sado Island in Niigata Prefecture. Environment ministry officials believe the chick, currently around 20 centimeters in length, hatched about a week before that. The next day, camera footage showed three chicks in the nest.

The last Japanese Crested Ibis born out of captivity in Japan died in 2003. Known for its distinctive plumage and red crest the ibis was once a common species in Japan, and celebrated in art and other cultural works. But a large portion of the population was decimated during the 19th and 20th centuries through overhunting, habitat loss, and pesticide poisoning. The ibis, scientific name Nipponia nippon, is now listed as an endangered species by the Convention on International Trade in Endangered Species of Wild Fauna and Flora.

Efforts to reintroduce the emblematic bird have come to symbolize a national desire to hold on to an idyllic rural past when Japanese society was perceived to be in far greater harmony with the environment. As part of those efforts, 78 ibises have been released into the wild since September 2008, and the hatching of the three chicks marks further progress in the reintroduction program.

The proud parents of the chicks are a three-year-old male and a two-year-old female, both of which were released from captivity in March last year. They are among the 45 released ibises still known to be alive today.

Japan has around 150 ibises in captivity as a result of its breeding and reintroduction program, launched after China donated two birds in 1999. Most of the birds are at the Sado Ibis Conservation Center in Niigata Prefecture, but there are also other locations with ibises in captivity in Ishikawa and Shimane prefectures, and even the Tokyo metropolitan area.

An earlier program dating back to 1981, in which Japan’s last five wild ibises were captured for breeding, ended in failure.

Ibises begin their mating season in March, with eggs laid several days later, according to an official at the regional nature conservation center office in Sado. It takes about 28 days for an egg to hatch. Ibises generally lay around four eggs per mating season, and it is normal in captivity for several ibises to hatch. However, until now not a single ibis has been born in the wild in Japan since the program began, so a single chick — let alone three — is quite a feat.

If the new chick survives, it will leave its parents’ nest after around 40 days. Ibises grow to have a wingspan of more than four-and-a-half feet, and live in the wild for around 10 to 15 years, although ibises living in captivity in Japan have been known to live until the ripe old age of 36.

This article was written and published by the Wall Street Journal.