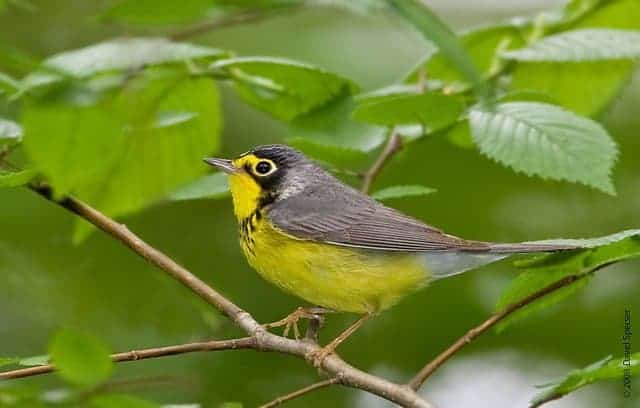 (Washington, D.C., November 9, 2012) Many of the 48 million Americans who enjoy bird watching will have a strong interest in the pending verdicts in two unprecedented lawsuits in Toronto, Canada.

One of the deadliest threats to birds worldwide – building collisions – has, in a sense, been put on trial.

A verdict in the first trial, which began in April, 2011, is expected from Justice of the Peace William Turtle on November 14.

Those groups claim that the buildings, whose exterior faces are almost entirely glass, are responsible the deaths of about 7,000 birds in the last decade, making them likely the most deadly in the entire Greater Toronto area.

Menkes Consilium Inc., Menkes Developments Ltd., and Menkes Property Management Services Ltd., along with three other companies, have been charged under Canada’s Environmental Protection Act with discharging a contaminant – light reflected from the glass – that causes harm to animals. In addition to possible fines under that law, the companies also face a maximum fine of $60,000 under the Ontario Society for the Prevention of Cruelty to Animals Act for causing birds to be in distress. The lawsuit followed lengthy, failed attempts to negotiate a settlement between the parties.

The verdict in the second trial, which began in April 2012, is expected from Judge Melvyn Green on December 4, 2012. Cadillac Fairview Corporation, the owner of three office buildings in the city, has been charged with violating Canada’s Species at Risk Act. The charges are being brought in a private prosecution by Ecojustice.

The Toronto-based non-profit Fatal Light Awareness Program (FLAP), which works to document and prevent bird collisions with buildings and rescue birds that survive, estimates that the complex is among the most lethal in the city. The charges allege that at least 800 birds were killed at the complex in 2010 including ten birds listed as Threatened under the Canadian Species at Risk Registry. Those ten birds were from two species, the Canada Warbler and Olive-sided Flycatcher.

FLAP estimates that between 1 and 9 million birds are killed in such collisions annually in Toronto – the majority during spring and fall migrations. Toronto is located in a major migratory bird corridor, and as of January, 2010, designs for new construction and significant renovation in Toronto must be bird-friendly.

Six months ago, Consilium Place was sold to a real estate investment company who has been installing window treatments on untreated elevations of 100 and 200 Consilium with a film designed to reduce bird collisions. Yonge Corporate Centre has also installed the same film to the north elevation of their 4120 Yonge Street building — the most deadly to birds — as a test for effectiveness. In both cases, volunteers have observed a significant reduction in the overall collision rate for both structures.

Concern over bird collision deaths and the need for mitigation measures is gaining in importance in the United States as well.

“Builders and architects in the U.S. are showing increasing interest in bird friendly construction. Cost-effective technology now exists to greatly reduce these unnecessary bird deaths. San Francisco has passed a law mandating bird-friendly construction for certain buildings; so has Minnesota, and other local governments are considering them as well,” said Dr. Christine Sheppard, Bird Collisions Program Manager at American Bird Conservancy (ABC), a leading bird conservation organization in the United States and the only U.S. organization with a national bird collisions program.

A study from 2006 estimated that 100 million to a billion birds were killed by collisions annually, in the United States alone. However, the amount of glass in the built environment has been rapidly increasing, as new technologies make huge sheets of glass available for applications from home picture windows to skyscrapers, meaning that it now seems likley the one billion figure may now be an underestimate.

Birds are killed when they try to fly to apparent sky, trees or structures reflected in the glass’ mirror-like surface, to plants or food seen through glass or when they try to fly through what they perceive to be a tunnel through a building. Even small areas of glass, such as those in home windows, can cause bird fatalities. Light emanating from a building or its landscaping at night attracts birds, further exacerbating the problem.

“Many of us have, at one time or another, walked into a glass door, so we know how jarring that is to our bodies just at walking speed. Try to imagine hitting that same pane at 30 miles per hour, thirty or more feet off the ground. It’s not surprising that so many bird collisions prove fatal,” Sheppard said.

As part of a national-level program to reduce the massive and growing number of bird deaths resulting from building collisions in the United States, ABC has released American Bird Conservancy’s Bird-Friendly Building Designs. The 58-page guide, downloadable at collisions.abcbirds.org,is especially helpful to architects, planners, building owners, and regulators, and contains over 100 photographs and illustrations. It focuses on both the causes of collisions and the solutions, with a comprehensive appendix on the biological science behind the issue.

In cooperation with Carnegie Museum’s Powdermill Avian Research Center in Pa., ABC operates a research program which tests glass or glass treatments to determine what products demonstrate a lower incidence of bird collisions. ABC has also helped establish classes eligible for American Institute of Architects’ sustainable design continuing education credit, to instruct architects on how to design beautiful buildings that are also safe for birds.