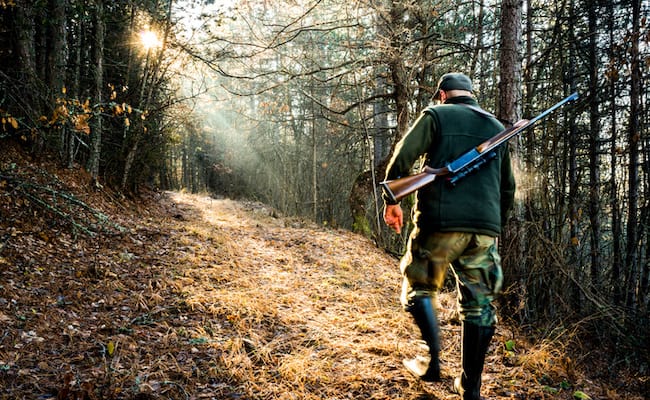 So far so good! “… and this proposal is executing on that directive by opening and increasing more access to hunting and fishing.”

Sigh. Clearly Trump is (intentionally) missing the point. The American people want more access to federal public lands so that they can hike, play and explore. This directive just gives people more places where they can kill animals.

Specifically, the plan will add 1.4 million acres of federally protected land where people can hunt.

In total, 74 places designated as wildlife refuges will lose what it means to be a true “refuge” and subject formerly protected animals to frequent attack.

Hearing it from the Interior Department, the changes are about protecting… protecting the tradition of hunting.

“Hunting and fishing are more than just traditional pastimes as they are also vital to the conservation of our lands and waters, our outdoor recreation economy and our American way of life,” reads the press release.

It further reminds us that the hunting/fishing industries account for $156 billion per year.

Two years ago, former Interior Secretary Ryan Zinke set this change into motion when he said his department would undergo reviews on how to increase hunting opportunities on public lands.

He indicated that this examination was necessary since the Obama White House “did not appreciate access to hunting and target shooting” in the way the Trump administration does.

Since taking over in 2017, the Trump administration has made several moves to support hunters, perhaps in a bid to appease both the NRA and the president’s own sons.

We’ve seen them remove the Yellowstone grizzly bear from the endangered list to allow hunting and rewrite big game trophy importing rules to appease the rich and trigger-happy.

The Trump administration would have you believe that its actions are part of a larger conservation plan to keep species’ populations in check, but a host of other policies indicate that the White House just plain doesn’t care about the well-being of species.

It’s also a little hard to buy that Trump is opening hunting to improve federal lands when he’s shown disdain for them in general.

Currently, he’s trying to open one million acres of such land in California to fracking, and he also was responsible for the biggest undoing of federal land protections in history.

There’s still some time to fight this policy. The White House will solicit public comments on the idea for the next month and a half, which could be a great opportunity for us to remind the administration what the definition of “wildlife refuge” really is.