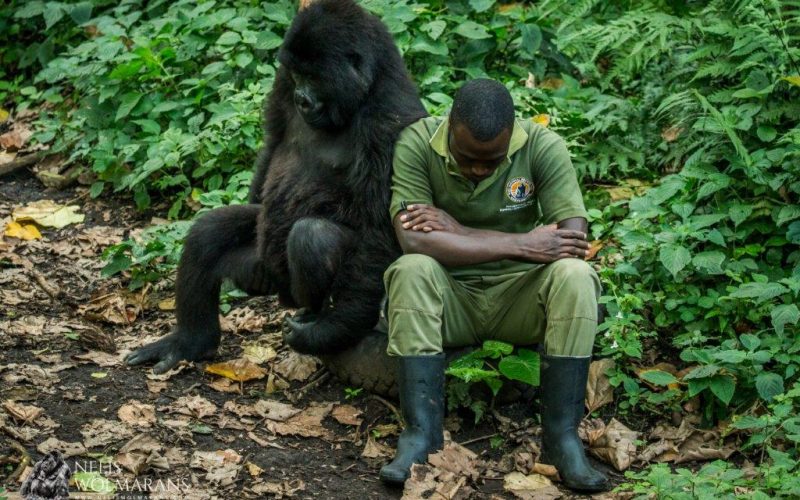 Twelve rangers and five other people were killed in Virunga National Park in the eastern part of the Democratic Republic of Congo on Friday. It was the latest deadly incident in the park, where more than 150 rangers have been killed since 2006.

Virunga, which includes large areas of intact rainforest that are home to endangered mountain gorillas (Gorilla beringei beringei) and eastern chimpanzees (Pan troglodytes schweinfurthii), is at the heart of Africa’s Great Lakes region, which has endured more than three decades of armed conflict.

Rebel groups fighting the Congolese government and each other have long been active within the park’s boundaries. According to the Game Rangers Association of Africa (GRAA), the militia are connected to hunting for bushmeat, illegal fishing and logging, and poaching, especially of elephants, to fund their activities.

In April 2018,five rangers and a driver were killed by suspected members of an armed militia. The park was closed to tourists a month later, after attacks by the Mai Mai militia targeted a park vehicle carrying tourists, and another incident in which two tourists were kidnapped and then released the next day. The park was only re-opened to visitors in February 2019 after a review of security and reinforcement of the 600-strong contingent of guards who patrol the park’s 7,800 square kilometers (3,000 square miles).

Friday’s murders took place on a highway close to Virunga National Park headquarters at Bukima. Initial reports indicate that the rangers were on their way back to headquarters when they encountered a civilian vehicle that had been attacked. They subsequently came under sustained attack by 60 armed militia, according to a statement from the Congolese Institute for the Conservation of Nature (ICCN) which oversees the park.

Besides the 12 park rangers, a driver and four other civilians were killed, and two injured. Three other rangers were also seriously injured. One remains in critical condition.

“We can confirm that the perpetrators were the armed group FDLR-FOCA,” said the ICCN statement, referring to the Democratic Forces for the Liberation of Rwanda (FDLR) and its armed wing, the Forces Combattantes Abacunguzi (FOCA).

A 2016 report published by the Enough Project, which investigates and campaigns against corruption and human rights violations in conflict zones in Africa, described an illegal charcoal cartel financing the FDLR.

“They’re heavily armed,” Congolese conservationist Bantu Lukambo told Enough about FDLR fighters in Virunga. “They know every inch of the park, and they enjoy protection by the national army.”

According to Enough, the FDLR effectively controls the southwestern part of Virunga, profiting from the production of high-quality charcoal from Virunga’s hardwood forests. Park rangers have not been able to patrol this part of the park since the 1990s – despite a drive to recruit, train, and better support the ranger corps starting in 2007.

The rangers’ mandate is to conserve wildlife and protect the park which means that they often end up in confrontations with militia, GRAA CEO Andrew Campbell told Mongabay.

“Their grieving families have not only lost loved ones, but in many cases sole breadwinners in a region where many people battle to survive. Employment opportunities are very few and far between in these remote areas,” said Campbell.

Chris Galliers, president of the International Ranger Federation (IRF), said: “Virunga is no stranger to the tragic loss of life, especially rangers. However this does not diminish the shock that has meet the global ranger community with the news of the senseless killing of rangers who by current accounts, put their life on the line to defend civilians who were under attack from militia near the village of Rumangabo.”

Park authorities have since 2007 run a Fallen Rangers Fund to support the families of Virunga rangers killed in the line of duty.

This article by Fred Kockott, director of the environmental journalism agency Roving Reporters, was first published on Mongabay.com on 25 April 2020.