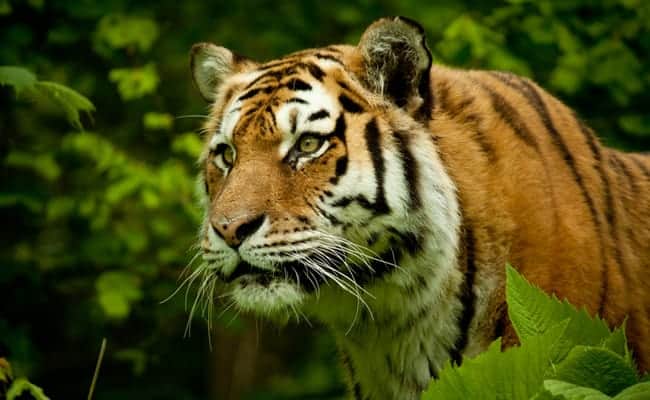 Conservationists are applauding an announcement made this week by the Republic of Kazakhstan that it plans to reintroduce tigers to part of their historic range, where they’ve been absent for 70 years.

At the beginning of the 20th century, there were believed to be 100,000 tigers living in the wild.

Today, there are only estimated to be as few as 3,900 left, who continue to suffer from the threat of poaching, loss of prey, habitat loss and fragmentation, and conflicts with us.

Fortunately, these iconic big cats aren’t without their advocates. In 2010, 13 tiger range countries came together to pledge to take steps to double the population in the wild by 2022, the next Year of the Tiger, for a measure known as Tx2.

Now it’s hoped Kazakhstan’s commitment will help contribute to that goal. At a ceremony this week, officials signed a memorandum with the World Wildlife Fund (WWF) committing to restoring them to the Ili-Balkhash region, where they have been missing for close to a century.

“We applaud the Republic of Kazakhstan for the vision and leadership shown in embarking on a most ambitious and exciting conservation challenge to bring back this majestic predator to the country.

This is a major contribution to securing a future for tigers in the wild and also a critical step toward protecting the Ili-Balkhash region for its unique biodiversity and important natural systems that people rely on,” said Marco Lambertini, Director General of WWF International.

According to WWF, while other relocation and reintroduction efforts have been made in areas where tigers are already believed to exist, this will mark the first time a country has attempted to reintroduce them to an area where they have gone extinct.

“Kazakhstan is moving along the path of green development. We are honoured to be the first country in Central Asia to implement such an important and large-scale project, that not only will bring wild tigers back to their ancestral home, but also protect the unique ecosystem of the Ili-Balkhash region,” said Askar Myrzakhmetov, the Minister of Agriculture of the Republic of Kazakhstan.

The project is going to be a huge undertaking. WWF added that at the beginning of 2018, the government will establish a new nature reserve to protect existing wildlife, and will later reintroduce native prey species who have also gone extinct, including the endangered kulan, or wild donkeys, and Bactrian deer.

“The hard work remains ahead of us. We have to up our efforts to make this region ready for tigers and involve all stakeholders to make this happen. That means tackling poaching and illegal activities, having well-trained and equipped rangers, thriving prey populations and engaged local communities,” said Ekaterina Vorobyeva, Director of WWF-Russia Central Asia programme.

Hopefully the project will be a success, and will help tigers regain their rightful place in the wild.