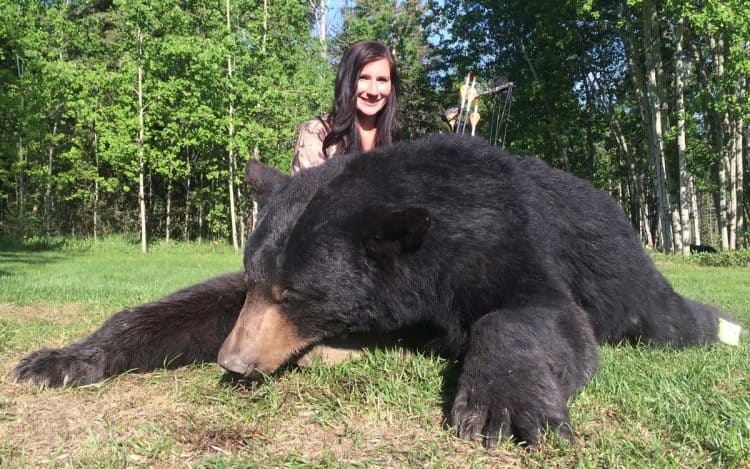 GARRETT COUNTY, Md. (WJZ) —Monday was the first day of the black bear hunt in Maryland, and one man in Garrett County was the first to check in a bear this season.

Carl Lee checked-in a 539 lb. male bear on the opening day, one of 39 checked-in that day.

Western Maryland is home to a large population of black bears, and the hunting season is open for five days, October 21-25.

The black bear hunting zones include all of Allegany, Frederick, Garrett and Washington counties.

Hunters are reminded that a permittee and a sub-permittee team of hunters may kill only one black bear.

The Maryland Department of Natural Resources said the quota system is no longer being used to manage the hunt, and hunters are not required to call a hotline every evening to determine the status of the hunt.

This article was first published by CBS Baltimore on 22 October 2019.