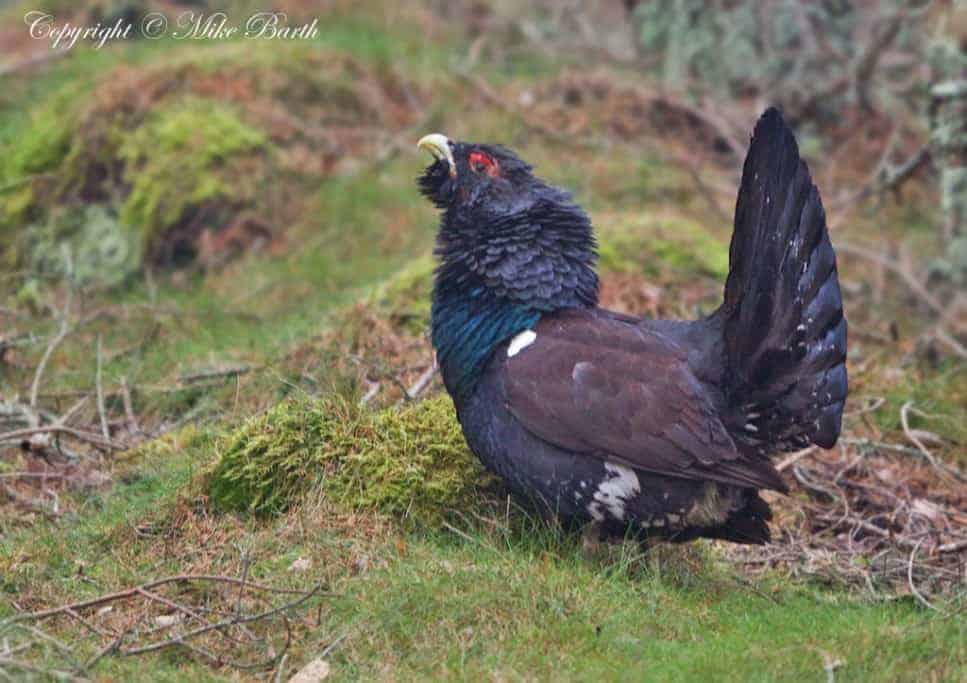 I recently returned to the UK for a friend’s wedding. More specifically Glenborrodale Castle, Argyle, Scotland. We arrived there on 26th April. I have to say the 3 days in the Castle were wonderful, the weather miraculously was fabulous, clear blue skies each day but a little chilly, hospitality and food amazing. The weather was actually a welcome change to the heat of Dubai ! This was a chance for me to do some Scottish birding, only my second time ever ! My wife and I had decided to extend our stay a couple of days after the wedding and so decided we would go up to Aviemore having targeted Slavonian Grebe, Capercaille and Ptarmigan. On our first day I managed to find the Grebe but nothing else, the weather had also taken a turn for the worse. Grey, wet and cold – I guess normal for the time of year ! Went to bed that evening not too confident that the weather or my luck would be any better the next day.

I woke hope at 4:30am only to see fog outside the window – however it was my last chance to find the Capercaille so decided to head out to the forest. I arrived around 5:15am, the fog was not as dense but it was eerily misty with not a sound coming from the trees. I set off on my hike hoping to hear the cackling ‘grak’ that is often heard during the lek season which starts early May. I had only walked for about 15 minutes when I heard the tell-tale noise. I looked around in the mist but could not see the bird until suddenly it flew from it’s perch in a tree to the ground a little further ahead. I got reasonable views for a couple of minutes until the bird wandered off deep into the forest, at which point I set off back to the car. My good fortune meant that I would get back in time for breakfast !! 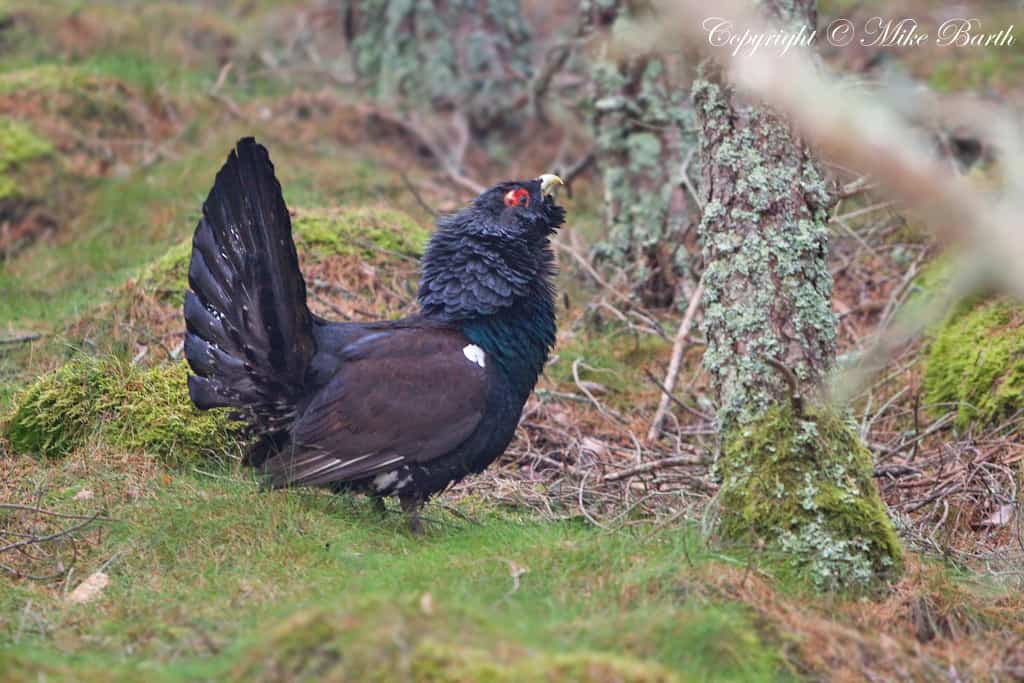 By now, after a very hearty breakfast, the fog and mist had burnt off and the blue skies had returned. So next stop Slavonian Grebe. I returned to the small lake where I had found 4 birds the day before. I buried myself in the undergrowth and waited (hoped) for a bird to sail close to the shore, there had seemed a pattern to their movements. I was soon rewarded with one of the birds which did not seem to worried about my presence laid down in the damp thistles, little did he know how uncomfortable I was 🙂 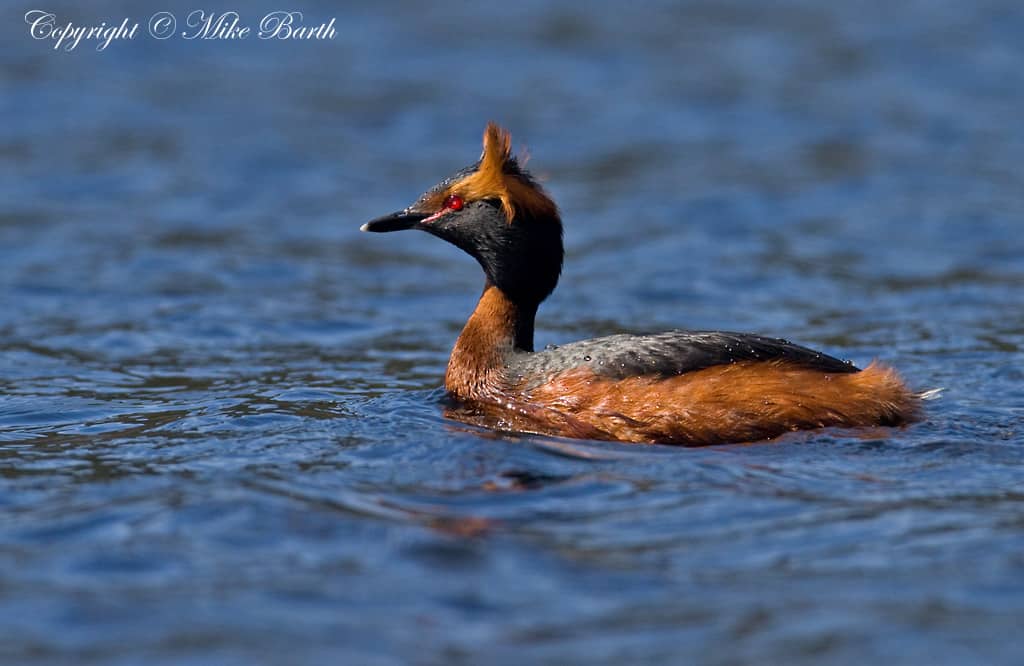 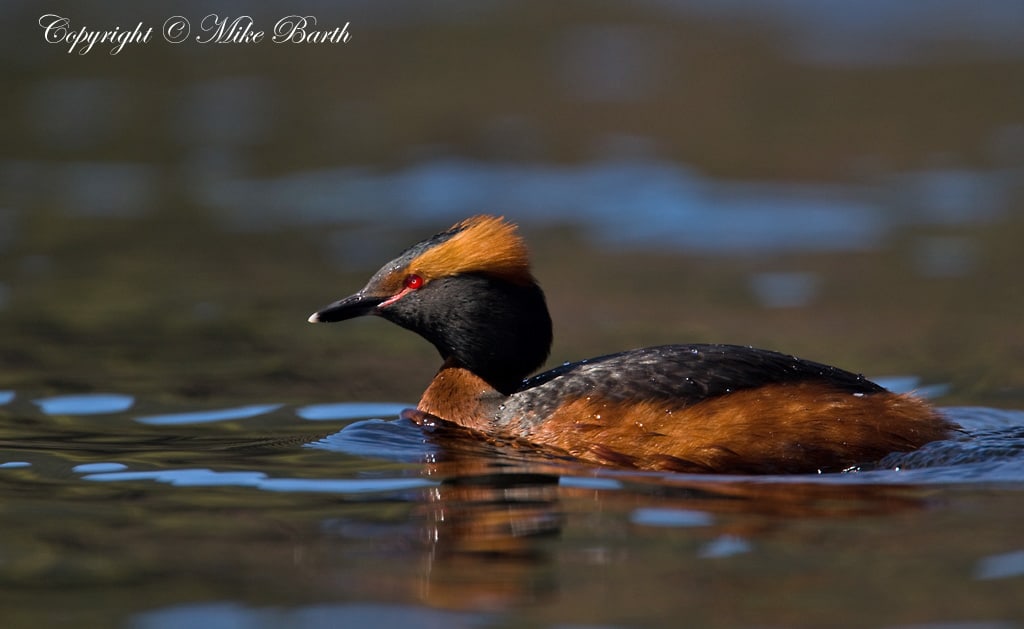 So far so good, 2 out of 3 in the bag. Next stop lunch, I had been told of a place where you could have lunch and watch Red Squirrels. This appealed to my wife as well as myself, it was on the way to our next destination , the Funicular railway. Only what specimen unfortunately, but a welcome encounter. 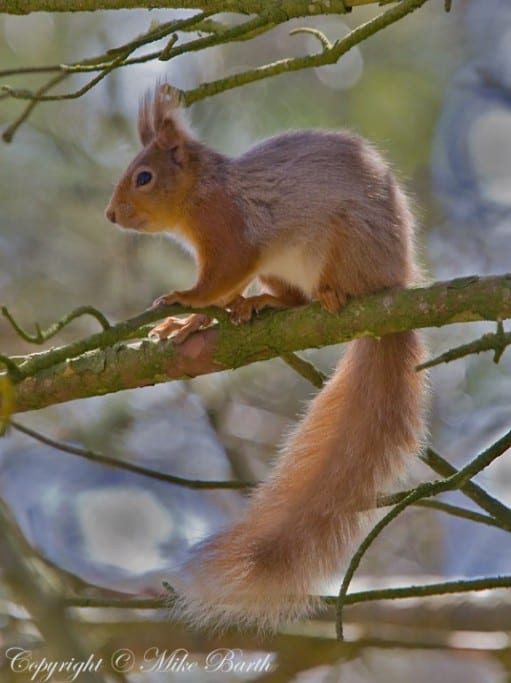 By now the temperature had risen to a lovely 21c when we arrived at the foot of the funicular. My wife was to ascend on the railway and I was to hike up the mountain beyond the snow line in search of Ptarmigan. I set off with my 300mm slung over my shoulder. I quickly learned that pacing yourself was the key to reaching the summit ! Eventually I reached the snow line and this was when the walk got much more difficult. In places the snow was waist deep with no way to tell as I found out several times :-), the snow was also very wet !. Finally I had got to the top but had not seen any sign of Ptarmigan. Having rested and took in the amazing views I decided to walk down in a zig-zag fashion playing the call in the hope I would cover more ground. Needless to say the walk down was much easier on the heart but certainly not easier on the knees. About a third the way down and feeling a little despondant I suddenly heard a creaking sound to the right of me. Off in the distance I could see one bird standing on a rock. As I approached I could also see a female. Eventually having fallen into several drifts I managed to get close enough to the birds as they began to march up the mountain side – I certainly was not going to follow them ! 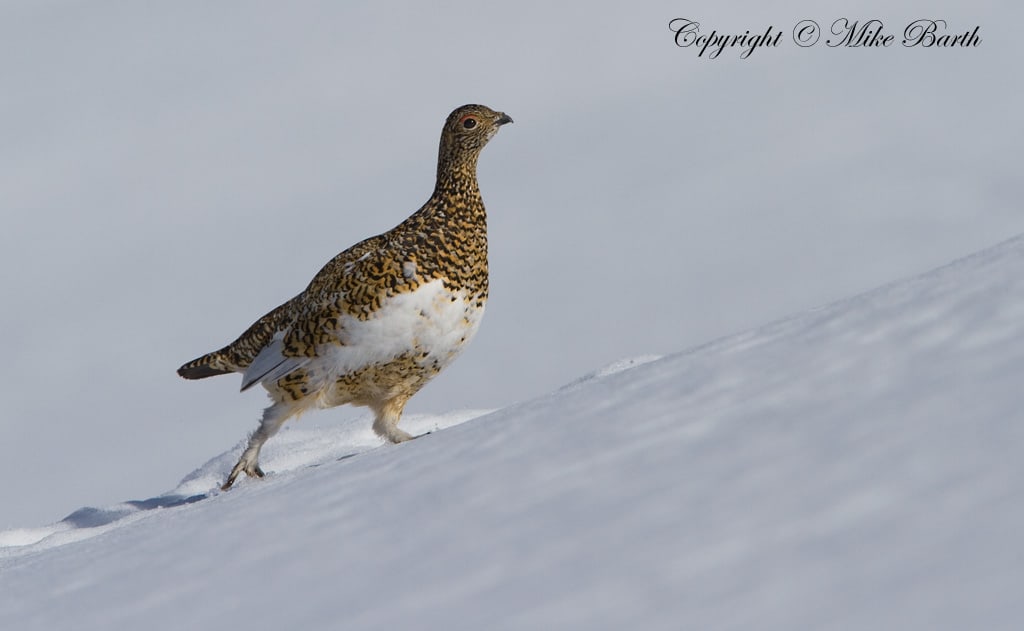 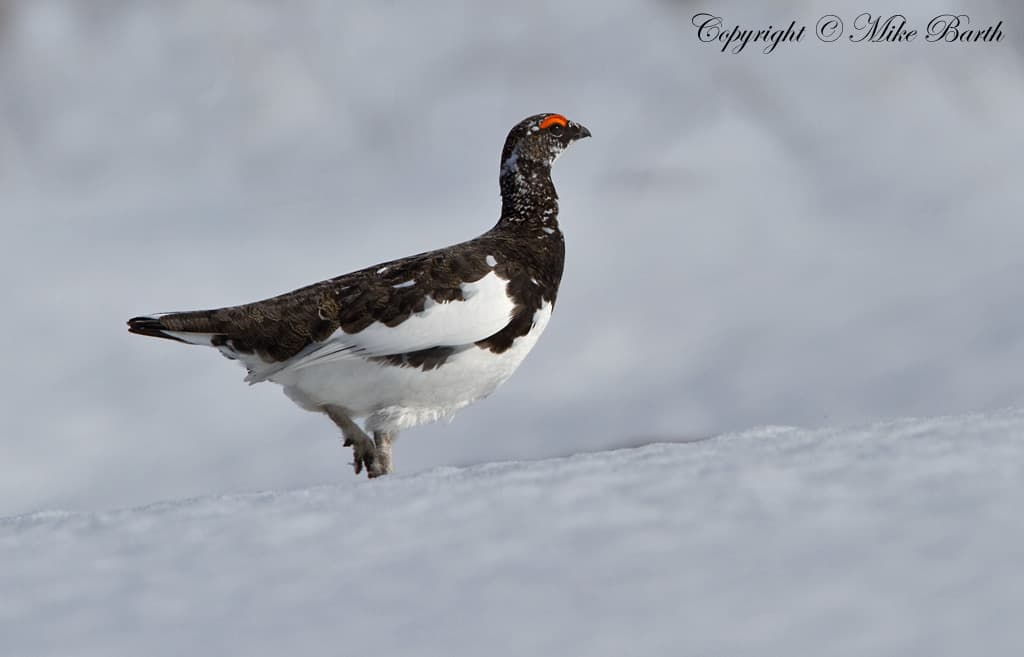 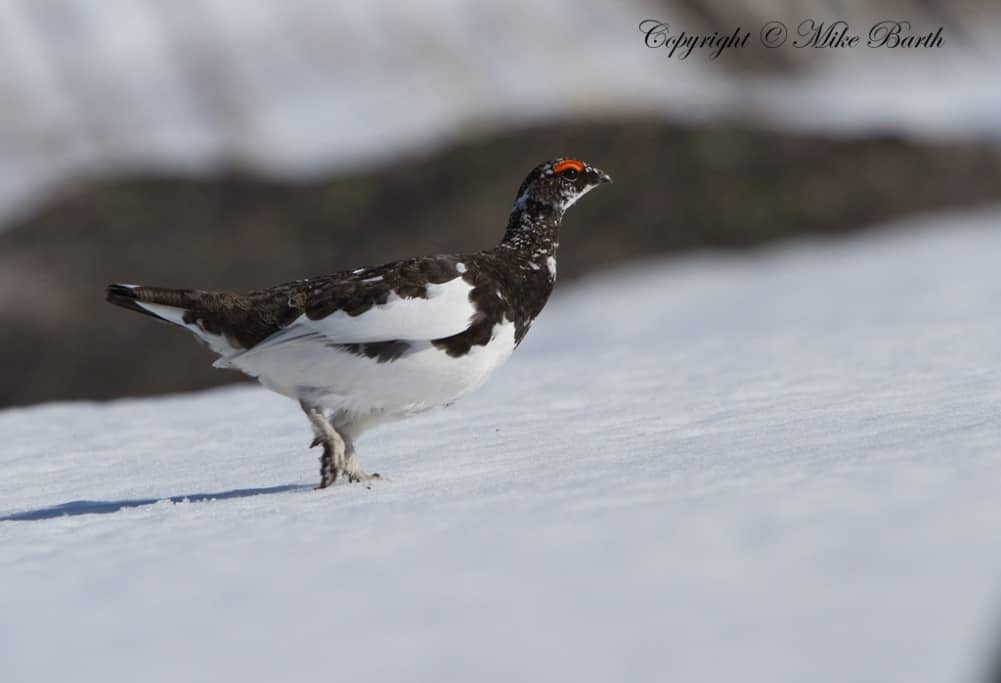 Finally I reached the bottom where my wife was waiting for me. I was exhausted from what seemed a very long and tiring day. The only thing left to do was to return back to our hotel where I gladly rested my aching body in the beer garden with a lovely pint of British Bitter beer ! Cheers !!