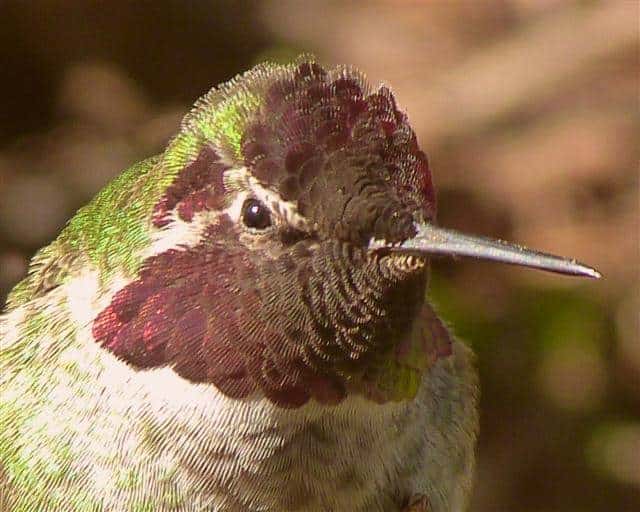 The Anna’s is one of the four different Hummingbird Species found along the Pacific coast of North America. Two species: the Anna’s Hummingbird, and the Costa’s Hummingbird are the only two in the genus Calye.

This genus is the “helmeted” hummingbirds, so named because their crown and gorget (chin feathers) form an iridescent ‘helmet’. In the case of the Anna’s the iridescent color is red while the Costa’s is purple.

Recently my niece, Annette, and I were having lunch on the outside deck of a restaurant in northern California.

A hummer was feeding on the nearby flowers. I reached for the camera and here are some shots ….

I enjoyed taking these shots and I hope you enjoyed them too.