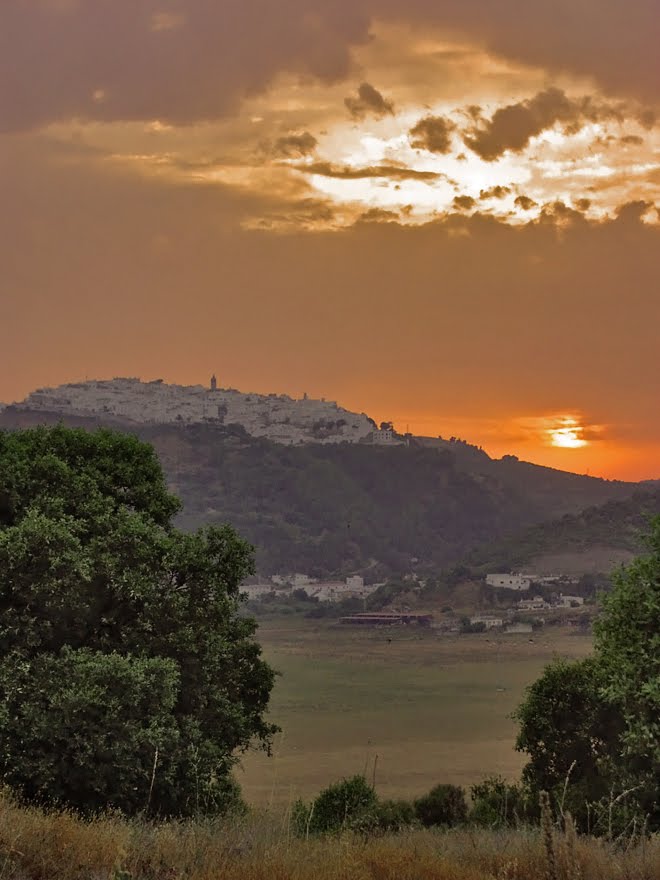 As the sun set over

, the surrounding area below this white village or