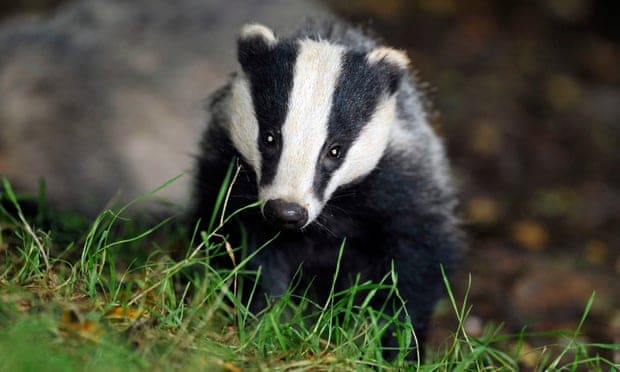 The controversial badger cull in England has been expanded to an “unimaginable scale”, according to a leading expert who warned the government is paying far too little attention to the transmission of tuberculosis between cattle when they are traded.

Ministers approved culling in 11 new areas on Wednesday, taking the total to 43. Up to 64,000 animals are likely to be killed this autumn, up from a maximum of 42,000 last year.

TB infections in cattle blight farms and cost taxpayers more than £100m a year in compensation payments. But scientists and conservationists oppose the cull, saying there is little evidence it is effective and is being badly run.

The cull started in 2013 in Gloucester and Somerset and takes place in 43 areas, from Cornwall to Cumbria. A proposed cull in Derbyshire, where a badger vaccination programme has been taking place, was not approved.

“Bovine TB remains the greatest animal health threat to the UK,” the farming minister, George Eustice, said. He added that there was no single measure to beat the disease, with tighter cattle movement controls, improved biosecurity on farms and badger vaccination all required.

A large-scale trial of badger culling that ended in 2006 indicated that a minimum of 70% of a badger population must be killed for a cull to be effective. If fewer are culled, disruption of badger social groups can lead to TB being spread more widely.

“The culls have expanded to unimaginable scales, covering an area larger than Israel,” said Prof Rosie Woodroffe, an ecologist at the Zoological Society of London, one of the team that conducted the earlier large-scale trial.

“I cannot understand why the government has permitted this massive expansion of badger culling, when it has not yet responded to the Godfray Review it commissioned and received nearly a year ago,” she said.

“The review concluded the government and farming industry were paying far too much attention to badger management, and far too little attention to cattle-to-cattle transmission, which is responsible for the majority of TB incidents in cattle.”

The review also called upon government to properly evaluate badger vaccination as a non-lethal alternative to culling, Woodroffe said. “Ministers regularly call for the conservation of wildlife in other countries, but refuse to invest in helping their own farmers to coexist with wildlife.”

Eustice said the government would fully respond to the review in the near future.

Dominic Dyer, chief executive of the Badger Trust, said: “This year will take the number of badgers killed since the cull started to over 130,000, pushing the species to the verge of local extinction in areas of England which it has inhabited since the ice age.

“The public costs of the badger cull are estimated to exceed £60m by the end of 2019, yet the government has provided no evidence to prove this cruel slaughter is having any significant impact on lowering bovine TB.”

Arthur Thomas, the campaigns manager at the animal welfare group IFAW, said: “The expansion to the badger cull is not only a tragedy for British wildlife, but also for our farmers,. The government’s decision flies in the face of scientific evidence.”

Bill Harper, the chair of the National Beef Association’s TB committee, said he believed the decision to turn down the application to cull in Derbyshire was purely political. Prime minister Boris Johnson’s partner, Carrie Symonds, is an opponent of the cull. “It is almost like Boris Johnson is saying, ‘Oh right darling, we will not allow that one’,” Harper told Farmers Weekly.

Prof Ranald Munro was the chair of an independent expert group appointed by the government to assess the first culls, which is now disbanded. He said up to 9,000 badgers are likely to have suffered “immense pain” as a result of the culls.

This article was first published by The Guardian on 11 September 2019.

George Eustice – Badger Killer! The trouble with governments is they think they can do whatever the hell they like. This simply cannot be allowed to go unchallenged otherwise it really will never end. The campaign must now be one of utter humiliation. Please send this photo with the message below it to the following ministers on a weekly basis. If we do this on mass and I can promise you they will not like it. You can of course write ‘sensible’ letters to your MPs until you’re blue in the face and all you will ever get back are… Read more »

Badgers do not spread TB and the cattle are not at risk. England is still operating under and outdated protocol based on misinformation

When are we going to wake up to the scientific evidence that this problem is self perpetuating and could be stopped if either, or both, the badgers and the cattle were inoculated against TB. The inoculation works in humans and has virtually eradicated TB in the UK. Surely it would cost less and be more humane if both badgers and cattle were inoculated – we seem to think nothing of feeding artificial food to cattle and even giving antibiotics to counter the potential infection caused by packing cattle together like sardines, so why not a TB jab? As for hedgerow… Read more »

@annselah That should give the hedgehogs chance to recover.