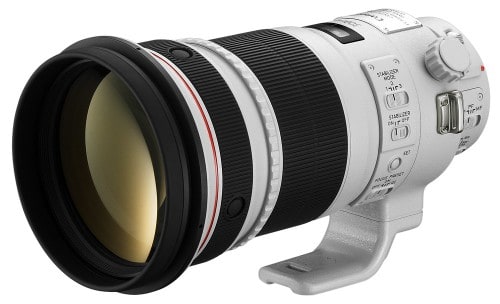 At the beginning of the year, I was interested in the new Canon EF 500mm f/4L IS II USM, but trips to Australia in June, July and August convinced me that I needed f/2.8 for low light shooting.

And seeing as the new Canon EF 600mm f/4L IS II USM weighs only a bit more than the 500, I felt it was better to save and buy that lens at a later date and get the new 300 instead of the 500. Another big consideration was the feedback from wildlife photographers who had used the new 300 with the new 2x TC MkIII – they all said the IQ was excellent especially when stopped down a little to f/6.3 or f/7.1.

I am also secretly hoping that Canon puts out a EF 800mm f/5.6L IS II USM, although with the latest pro FF bodies not AF-ing at f/8, the new 600 would still a better choice for maximum reach and versatility. Anyway, the 300/2.8 plus 600/4 combination is what I decided on for my wildlife photography going forward.

So late this morning I picked up my new lens and headed for the Isahaya Reclaimed Land Areas for some shooting! As I was excited to see what the 300 could do with the 2x TC attached, that was the combination I used today. I will experiment with the other two focal length options later. Looking over the lens, it was pretty much the same as the version 1 IS that I was very familiar with. But even though the new version is only slightly lighter, the difference is noticeable. I like the way the switches are positioned in this new version, and immediately I set the IS Mode to 3 and the focus limiter to 6m – infinity. The new Mode 3 is one reason I wanted this lens, but it felt really weird initially! No IS at all in the viewfinder even when the shutter is half-pressed and an effective 960mm focal length handheld means a bit of hand shake, and when you fully depress the shutter it seems like nothing has happened! But, checking the shot in the rear display showed that the IS did indeed activate and work – amazing! I think if the majority of shots are of stationary subjects, then Mode 1 is probably better for handheld shooting, but if there is a possibility of having to quickly shoot a moving subject, then Mode 3 is definitely the way to go. Of course, you should also probably use a tripod if using the 7D/300/2xTC combination!

I was worried about the AF speed with the 2xTC attached. Having been using the 70-300/4-5.6L IS for several months now, I was in a good position to compare the AF speed of different lenses at f/5.6. I have to say that generally the 600/5.6 focused faster and more accurately than the 300/5.6, but only a little bit better. The Ai Servo mode was much faster to pick up and track subjects with the 600/5.6, especially against the sky. I can’t wait to see how good the AF is with the lens at its native focal length!

So all I needed now was the co-operation of a few feathered friends. Being the start of passerine migration, I was expecting to find a few interesting subjects and pretty quickly I spotted a couple of Sand Martin in among Barn Swallows at Chuo Reclaimed Land Area. A fairly easy first up test of the lens – I just pointed out of the window of the car at one of the martins resting on a power line and took a couple of shots.Next I went into to Moriyama Reclaimed Land Area and spotted something hiding in a tree – a cuckoo! This was a real test of AF ability, as the target was behind lots of branches. However more than half the shots were focused properly on the subject, so I was satisfied. Soon afterwards I observed a pair of redshanks in a flooded but unused rice paddy. This was very easy for the lens, as the redshanks contrasted nicely against the water.

And then the resident Northern Goshawk showed up! A great chance to test the AF on a fast moving subject, although as usual the raptor was fairly shy. I followed it around the Moriyama area, and got some good shots of it perched, but each time it flew, it flew away from my position even when it was flushed by farmers on the opposite side of the bird than I was! I was also experimenting with different AF point settings, so at times the AF wouldn’t focus on the bird in flight initially if it was against a cluttered, fairly close background. But once the subject was picked up by the AF, it tracked it well. Anyway, I will continue to use various AF point settings to get a feel of which one works better than another in a given situation (previously I always used the spot AF point setting for everything, but I have been reading that some of the other setting have a better hit ratio).

Soon afterwards it began to get cloudy and although I could have tested the lens at native focal length or with the 1.4x TC I decided to call it a day. I will have many opportunities over the next week to try out the lens in a variety of shooting environments and conditions!