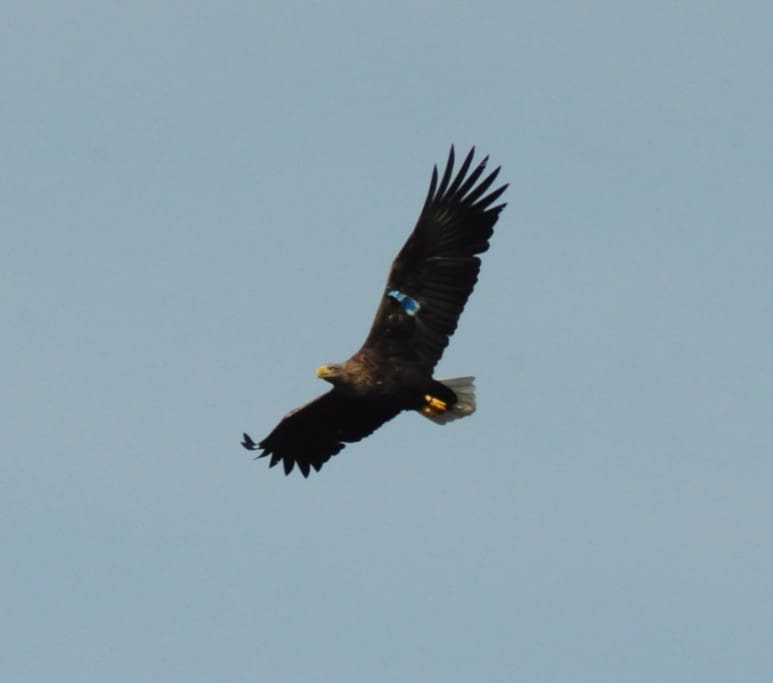 A campaign to bring the White-Tailed Eagle back to Cumbria has taken a step forward with the University of Cumbria getting involved in a research study to discover the possible effects of having the huge eagles back in the region. Aconsultationstudy will take place speaking to a number of different parties like landowners and tourism and conservation organisations. If positive results areachievedthen the study will be looked into in more depth into how the birds would impact existing wildlife, livestock andbusinesses.

The single pair of Ospreys at Bassenthwaite bring in upto 2 million pounds a year during there 6 month visit to the national park. White-Tailed Eagles would be 12 month residents and bring value to a wide area of the Lake District and also West Cumbria as well which has some excellent habitats for the birds sometimesreferredto as Sea Eagles. Isle of Mull located in the inner Hebrides has a population of up to 15 pairs of White-Tailed Eagles and the birds bring in a reported 5 million a year to the islands economy through tourism.

Complaints coming out of the National Park in the last few years regarding unbalanced large populations of Cormoronts taking fish stocks and Feral Geese over grazing provides another reason to introduce the native predators back into their former range and balance up the ecosystem.

There has been 3 separate sightings of White-Tailed Eagles in the region since 2009 after a spell of 100 years without the birds because of human persecution. People pay huge money to see Lions in Africa, We don’t have Lions but Great Britain does have huge Eagles. Imagine what it would add to a Lakeland walk seeing a stunning Eagle with an 8 foot wingspan soaring over our beautiful National Park.