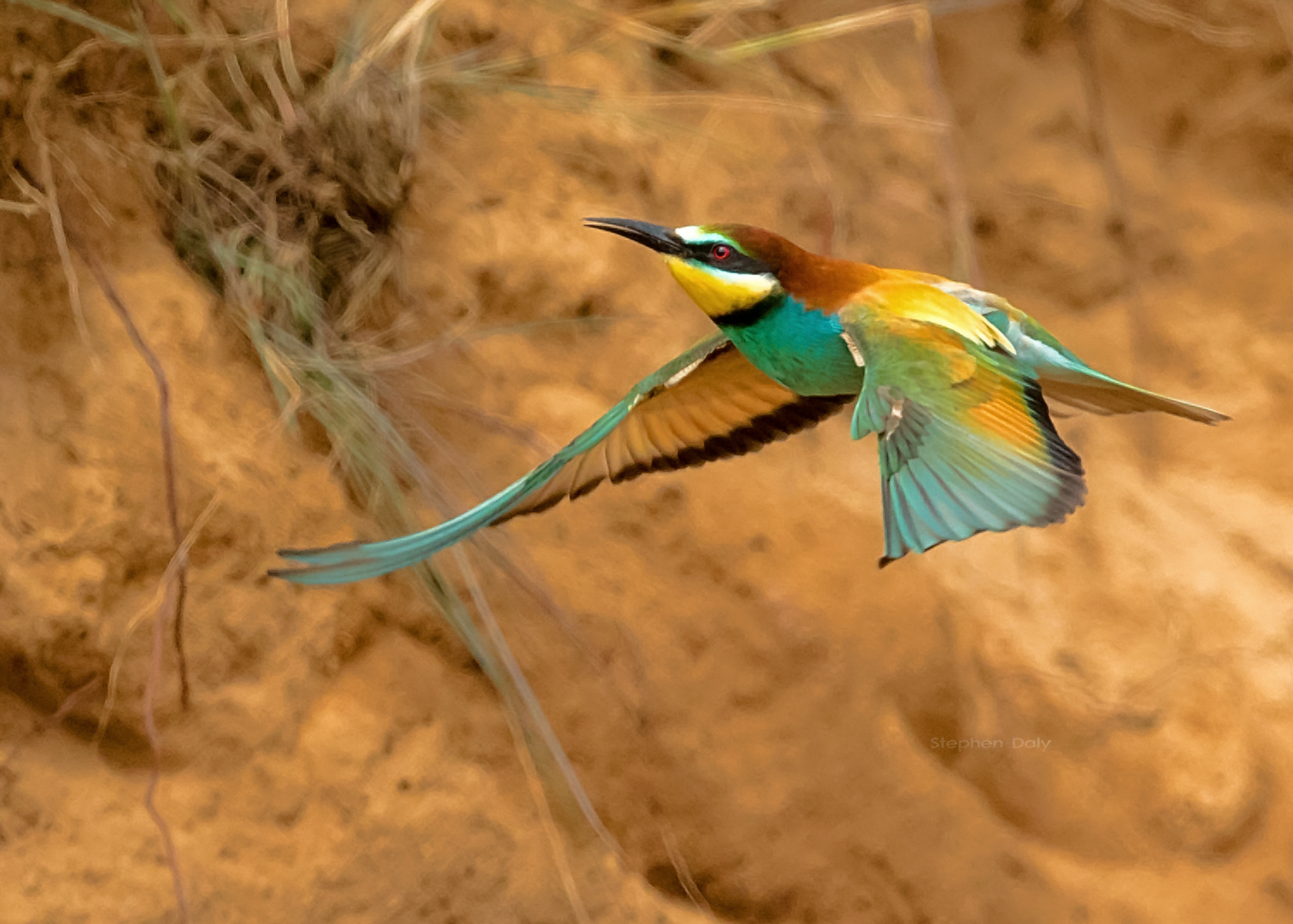 European Bee-eaters have a broad distribution covering much of Europe and Africa These migratory birds can be found as far north as Finland and as far south as South Africa, extending east into some Asiatic countries too. Most commonly, European Bee-eaters will breed and nest in southern Europe, then migrate south during autumn and winter.

I was leading a tour group back in my old stomping ground in southern Spain in April and thought I’d share some photos of European Bee-eaters. These beautiful birds return each March to breed throughout Europe. This site is probably one of the southernmost European breeding sites that I know of.

All of the photos were taken from a car window. On arriving at the site the birds take off but fly around looking to see if you are a threat but they do settle back around the colony if you are patient, silent and move very slowly. Patence is rewarded and you can get some quite close photo shots of this very colourful and very vocal bird.

European Bee-eaters inhabit a variety of habitat types such as forest, savanna, scrubland, grassland, and agricultural areas. The habitat for nesting can be specific involving only river systems or gravel pits with steep exposed banks. European Bee-eaters have also been found to dig burrows directly into sandy ground as I’ve witnessed in Corsica and Greece in flat fields.

Food availability can determine the habitat occupied by European Bee-eaters. In many agricultural areas bee-hives are placed each spring for pollination and naturally Bee-eaters will frequent those areas. This has a downside as well as bee-keepers see Bee-eaters as a pest and have killed them in their thousands even although the take over 300 different types of flying insects!

Despite not being currently considered threatened with extinction, the European Bee-eater still faces some threats. Among these, habitat damage, including agricultural intensification, which can lead to a decrease in the abundance of large flying insects and the loss of nesting sites.

For example, some of the European Bee-eater’s migration ‘stop-over sites’, a place where the birds stop to refuel, ready for the next stage of the journey have had change of land use and the absence of water at a lot of places particularly in the Middle East has resulted in a decrease in food for the European Bee-eater.

Consequently, it must spend longer looking for food to refuel before continuing its journey, delaying arrival at the breeding grounds and possibly resulting in an unsuccessful breeding year.

As to the physiology of the European Bee-eater I have noticed that their tongues had considerable fraying at the tip. I suspect that this is a design feature rather than damage, considering the vocal range and the very loud calls they can make.

There have bee some research done on birds toungues and there’s an interesting read here about this below – (thanks goes to Liz Snell for finding this paper): 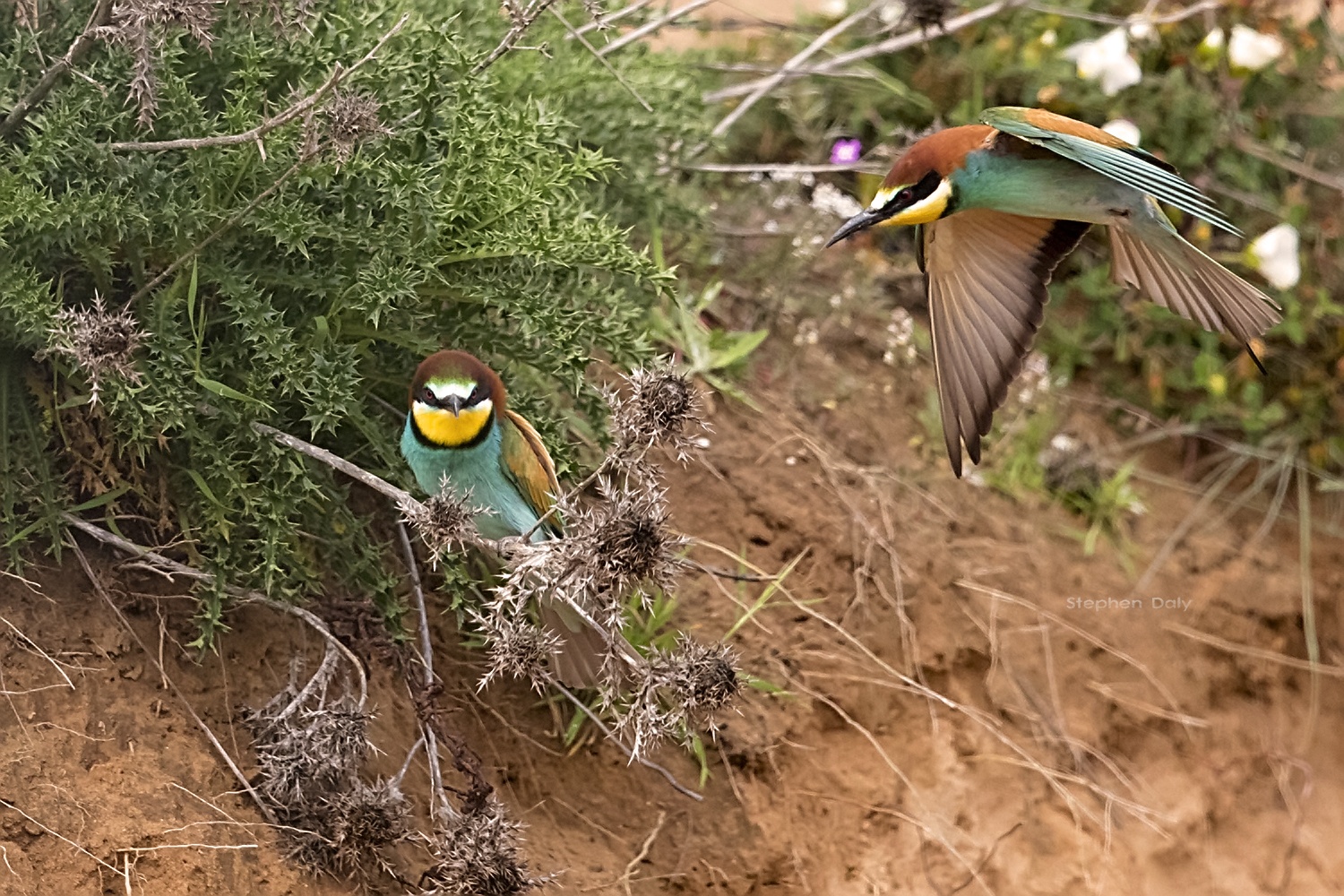 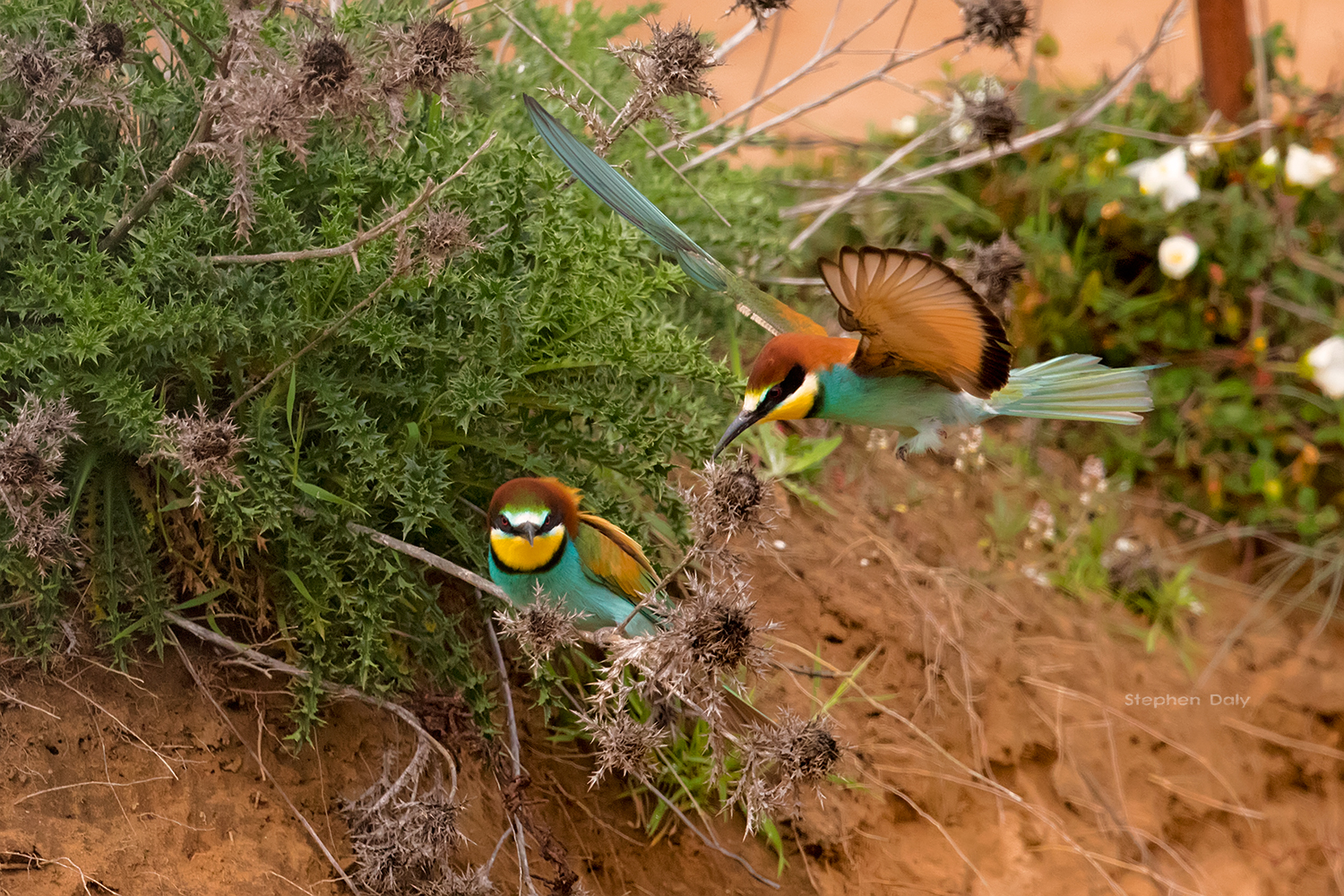 On arriving at the site the birds will take off but fly around looking down to see if you are a threat to them but they do settle back around the colony if you are patient, silent and move very slowly. Patence is rewarded and you can get some quite close photo shots of this very colourful and very vocal bird. 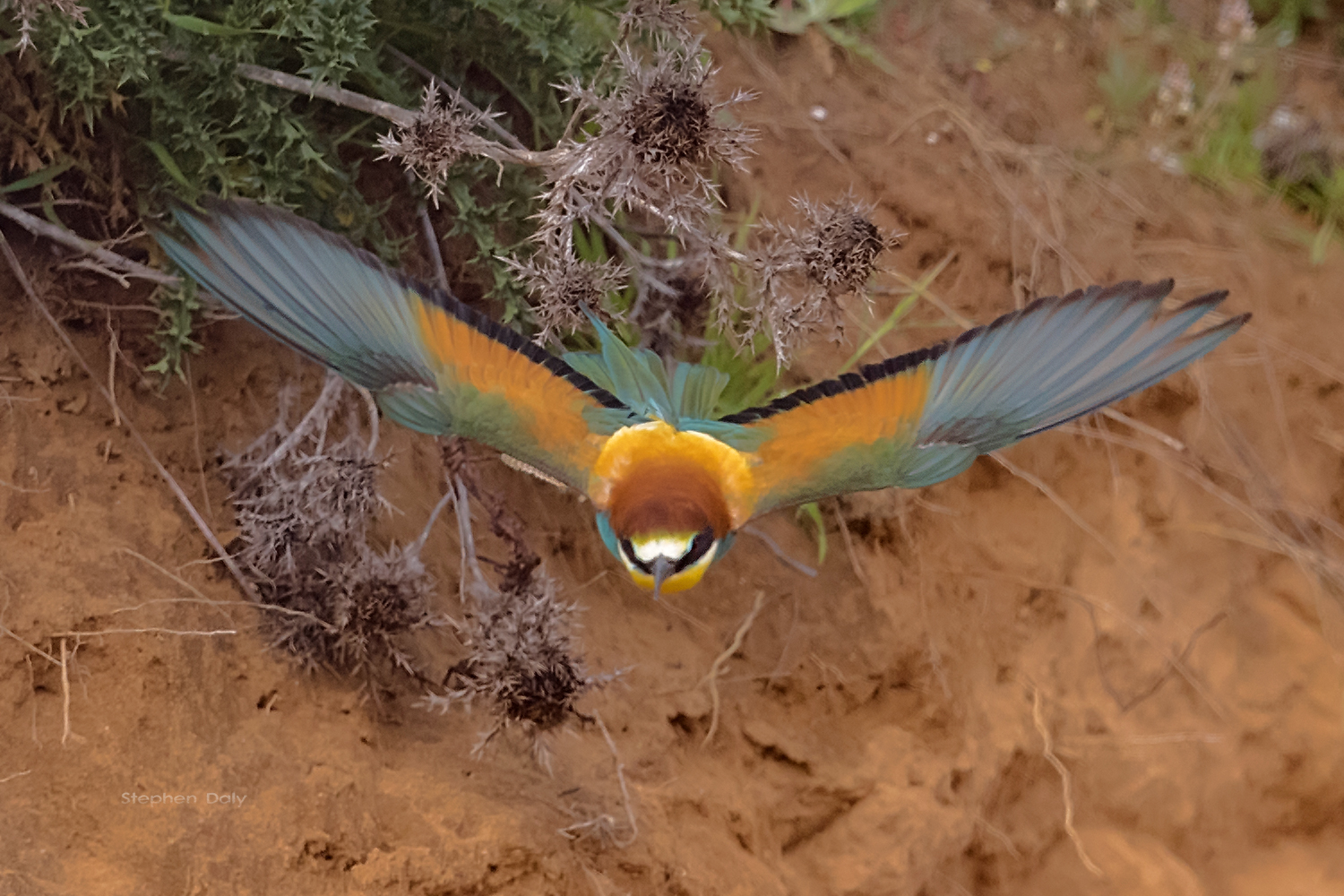 The European Bee-eater is protected by the Convention on the Conservation of European Wildlife and Natural Habitats, a convention which aims to conserve wild fauna and flora and their natural habitats, and also by the Convention on Migratory Species (CMS) which aims to conserve migratory species by encouraging international co-operation and the development of cross-country agreements.