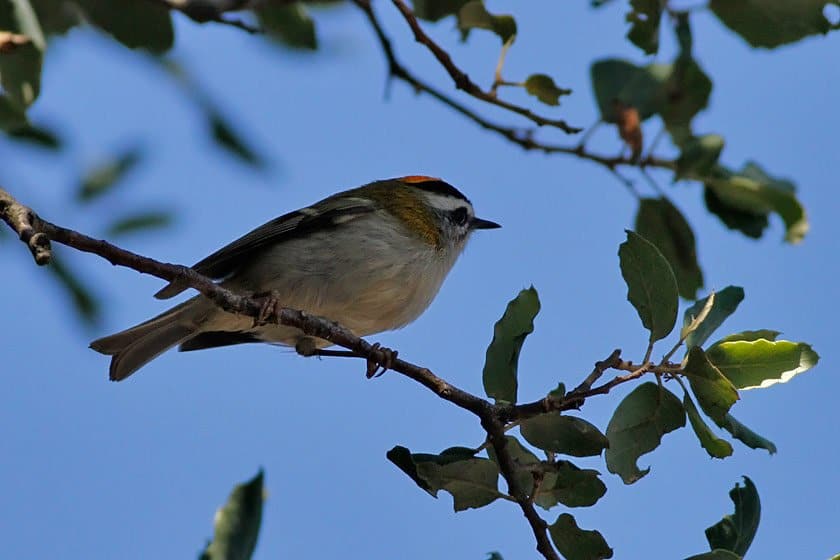 The Firecrests (Regulus ignicapillus) is one of the most amazing little birds we have. Packed full of energy and living their lives at such an amazingly fast pace.

Firecrests breed in most of temperate Europe and in the western side of North Africa. Growing up in Scotland, we never saw them so far north and it was only when I was older and started travelling that I first saw them.

Such a small bird but it certainly gives you the Wow! factor. Our Goldcrests (Regulus regulus) do look similar but both species are quite subtly different in physical appearance, feeding and behaviour.

Both Firecrest and Goldcrest are related to Kinglets and do belong to this family. Quite a lot is know about Firecrests, their feeding habits, diet and breeding have been extensively studied. Like most animals we are interdependent on habitat, food source and specific environmental factors. Firecrests have evolved in a different way to Goldcrests and forage on the ground as well as in the trees. They have stouter bills than Goldcrests and are more adapted to foraging.

They also have stouter bristles surrounding their bill-base. It’s been suggested that these have evolved to protect their eyes from what they are trying to capture. Goldcrests have different feet with a longer hind toe, just perfect for their zipping habit of moving vertically along branches while feeding. The soles of the feet of Goldcrests are quite specialised and have serrations for better grip in trees, particularly smooth pine needles. Firecrests have a shorter hind toe and smooth soles of their feet and are better adapted for the forest floor.

Only the female Firecrest builds the nest. The male does hang around though, offering encouragment and lots of compliments…and it’s the female that incubates the eggs! Firecrests have a clutch between 7-12 eggs, although there could be less in warmer countries like Spain. Parents feed their young with a fairly precise diet from day one. The first week chicks are fed a diet almost entirely of Springtails (Collembola). Just as a matter of interest, Springtails are in a group of their own and like Spiders aren’t insects.

These fascinating creatures are responsible for the control and dissemination of soil. In sheer numbers, they are reputed to be one of the most abundant of all macroscopic animals, with estimates of 100,000 individuals per cubic meter of topsoil, essentially everywhere on Earth. Look them up here. Anyway, getting back to the Firecrest chicks, from the fifth day onwards the parents feed them aphids and pieces of snail shells, which gives them accelerated bone growth. They are then fed on larger insects as they develop.

Firecrests lifespan is usually around two years but the speed that they move around would be equal to a human life of say 319 years… ; )