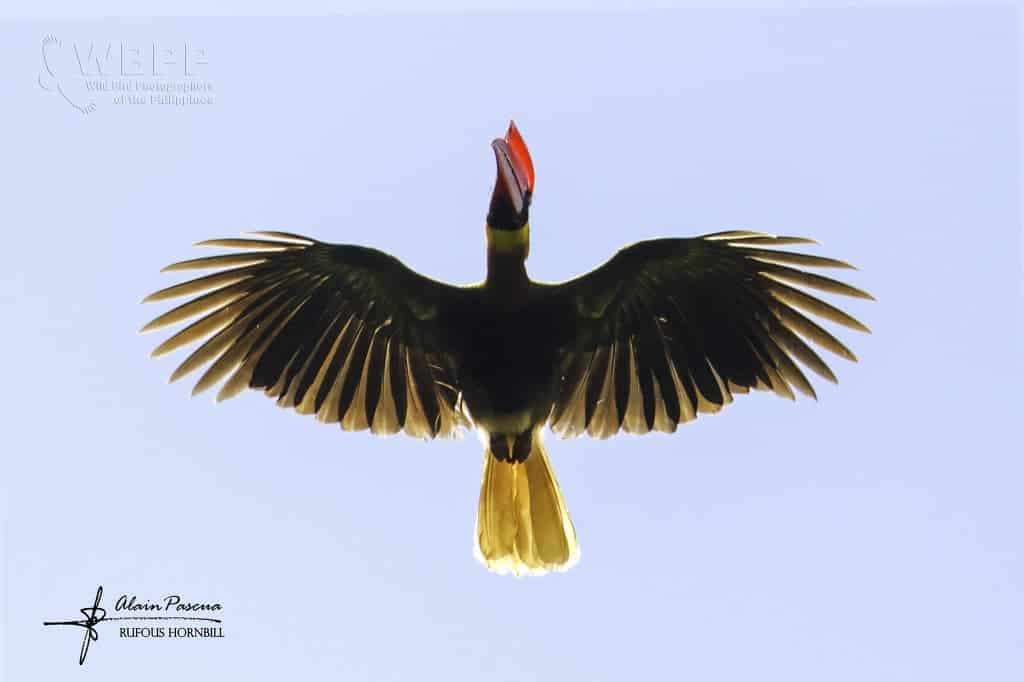 I first saw the Great Rufous Hornbill in Quezon National Forest Park in Pagbilao, Quezon in 2009 in a birding trip sponsored and organized by TeaM Energy Foundation and the Wild Bird Club of the Philippines. It was still dark when I saw them, so I was not able to even get documentary shots. By the time the first rays of the rising sun came in, they already flew inside the forest. For years, I have search for them, but I never saw them again even in other parts of the country, making me assume that they have become really rare.

Then early this year, I was fortunate enough to see the Great Kalaw in Mt. Apo Natural Park. I was able to frame if with a long shot across the mountain range where a pair of Philippine Eagle nested. So when WBPP Online Member Ariel Balajoro posted his shot of the Great Kalaw in Quezon last week, I, and WBPP Fellows Wins Tornado and James Uy, hurriedly went to Quezon National Forest Park to try our luck. Indeed, the Great Kalaw is there!

Previous to this, two incidents kept my hope to photograph the Great Kalaw. The second was when WBPP Fellow Neon Rosell II got excellent photos of the Great Kalaw in Aurora. WBPP Fellow Rocky Sison and I went there but we failed to see it. The first time was when WBCP Member Mark Wallbank reported seeing it in Pasuquin, Ilocos Norte. Since then I have always wanted to visit Pasuquin to be able to see and photograph it. Yesterday, WBCP posted a photo of a hunter and a dead immature Rufous Hornbill taken in Adams, Ilocos Norte.

We have been glorious in seeing one Great Kalaw yesterday in Pagbilao, Quezon, but this celebration has now been dampened by the killing also yesterday of one in Adams, Ilocos Norte. So I’m uploading this photo to contribute to the advocacy and campaign to help save the Great Kalaws. I hope to help bring to the people the beauty of our avian treasures and their great role in the entire ecosystem so they may care and protect them.

IUCN and Birdlife list the Great Rufous Hornbill as Near Threatened as it is suspected to be declining moderately rapidly throughout its range as a result of habitat loss and persecution by hunters and trappers. WBCP Founding President Mike Lu said, “Hornbills eat fruits of forest trees and spread the seeds far and wide, that is why they are called farmers of the forests.”

Let’s save the Great Kalaws and other Philippine wildlife, just as we are saving our critically endangered Philippine Eagle.