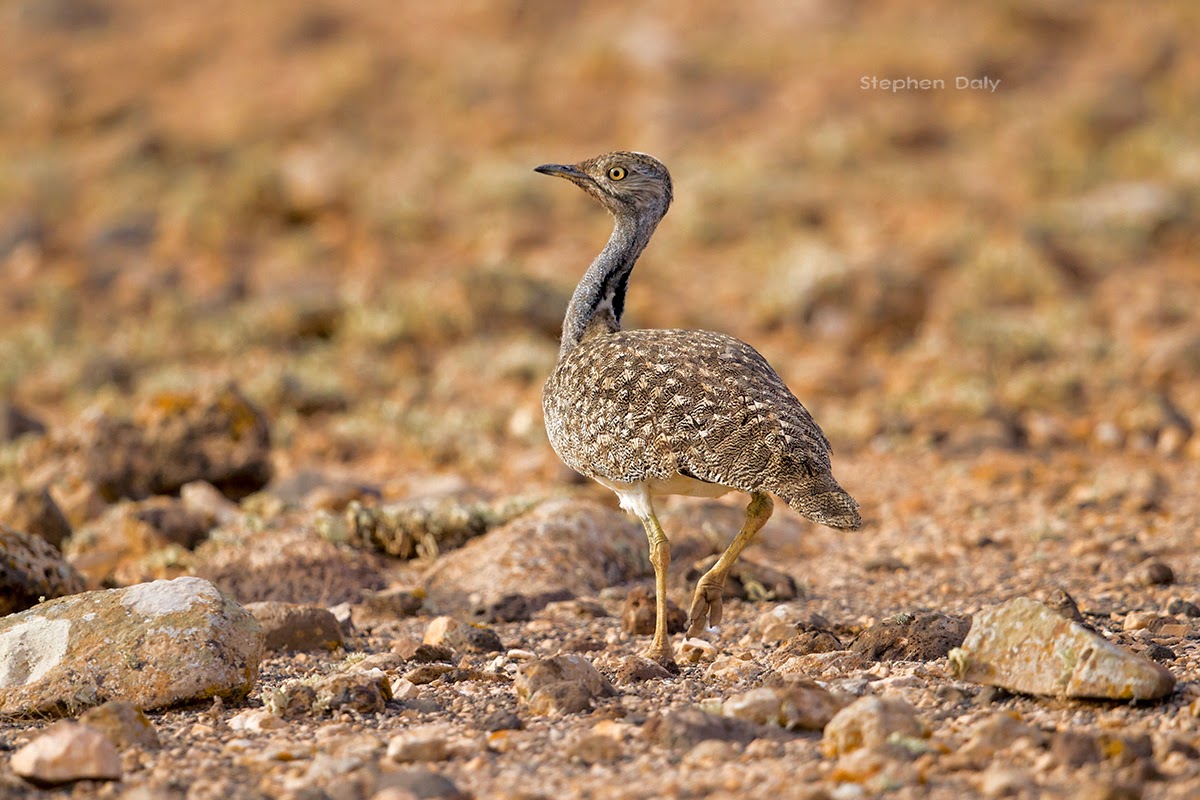 Houbara Bustards (Chlamydotis undulata) are a declining species in North Africa and the sub species fuerteventurae is confined to the Eastern Canary Islands.

On Fuerteventura and Lanzarotte the birds are protected and efforts have been made to mark fences and power lines which has been a problem for these and other species of birds.

Houbara Bustards do not survive so well in other areas. In Pakistan earlier this year there was a report of a Saudi hunting party illegally shooting 2,100 protected Houbara Bustardsduring a three week period in Changai, Balochistan, within a designated protected area.

For some years there have been regular reports of trapping Houbara Bustards in Iran and Pakistan for export to Arabia for use as prey by falconers. More information can be read at Bird Life International on the Houbara status here. 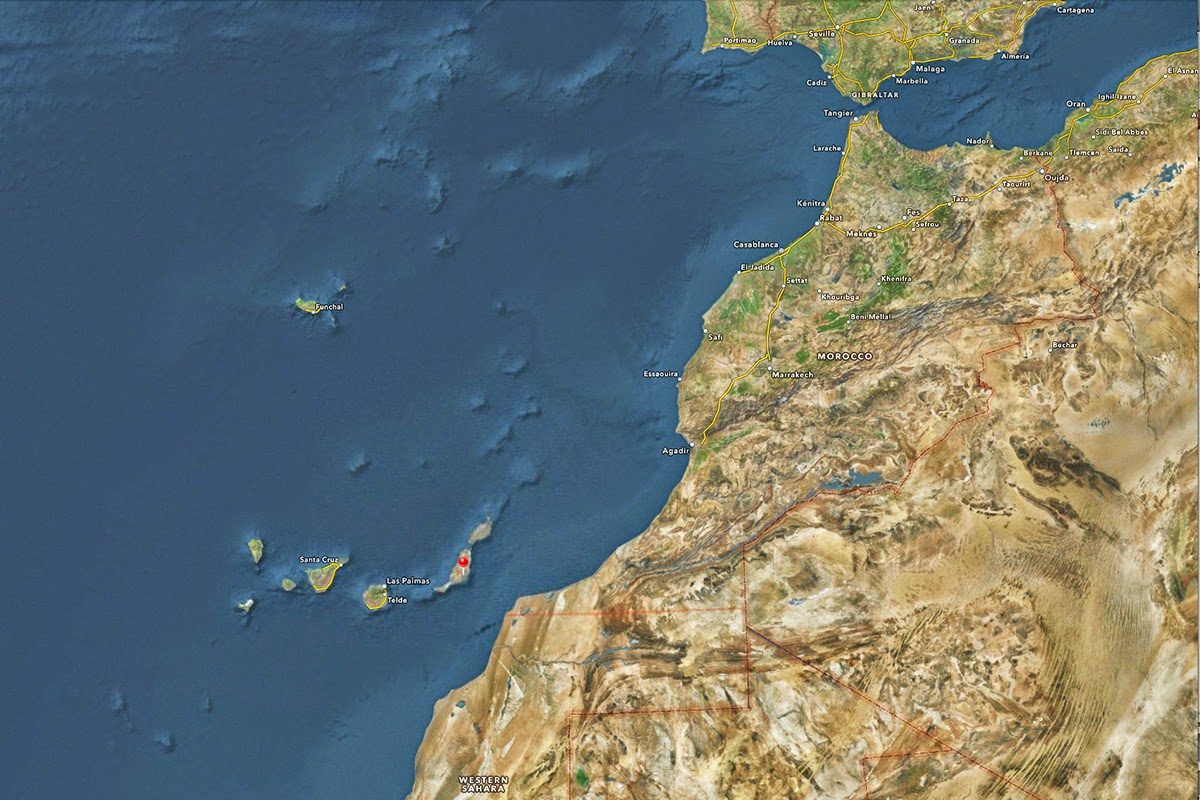 These photos were all taken on Fuerteventura during several visits there. 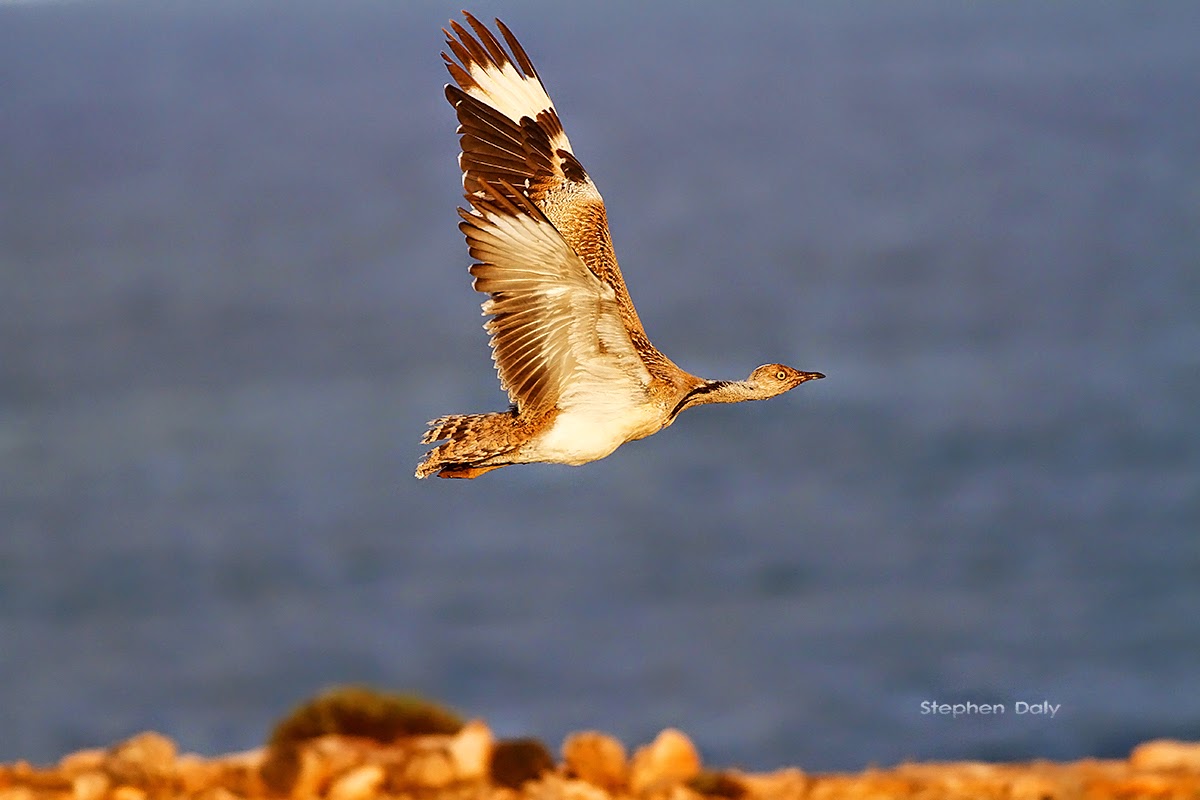 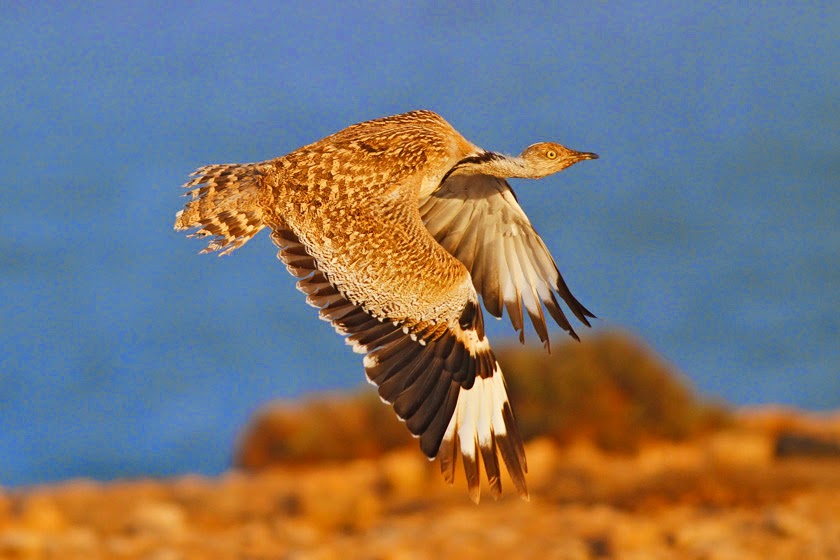 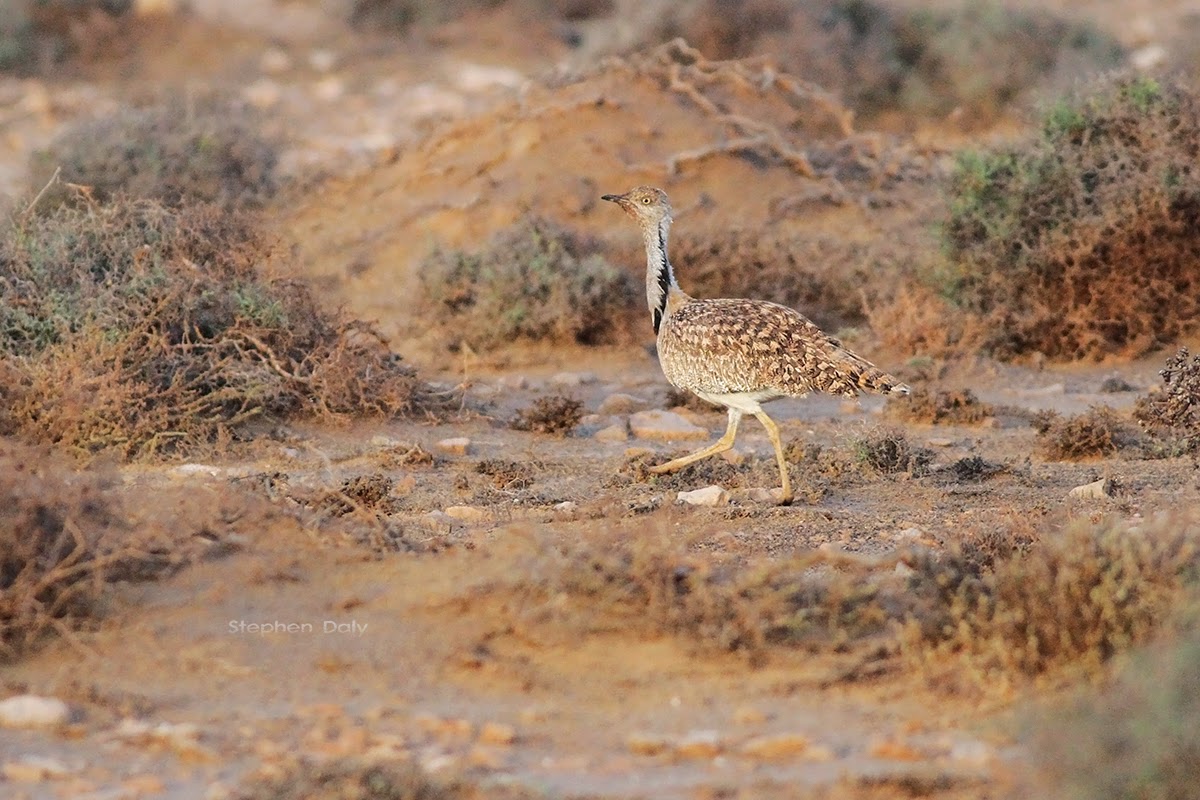 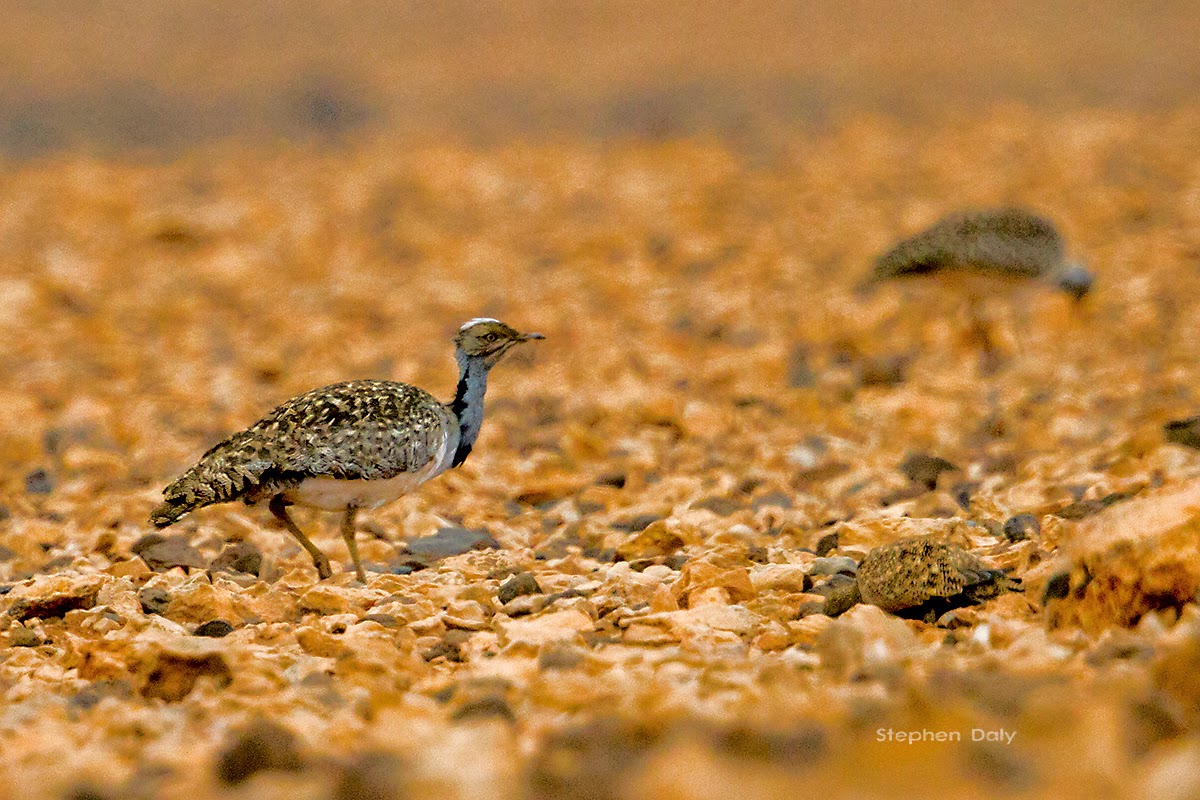 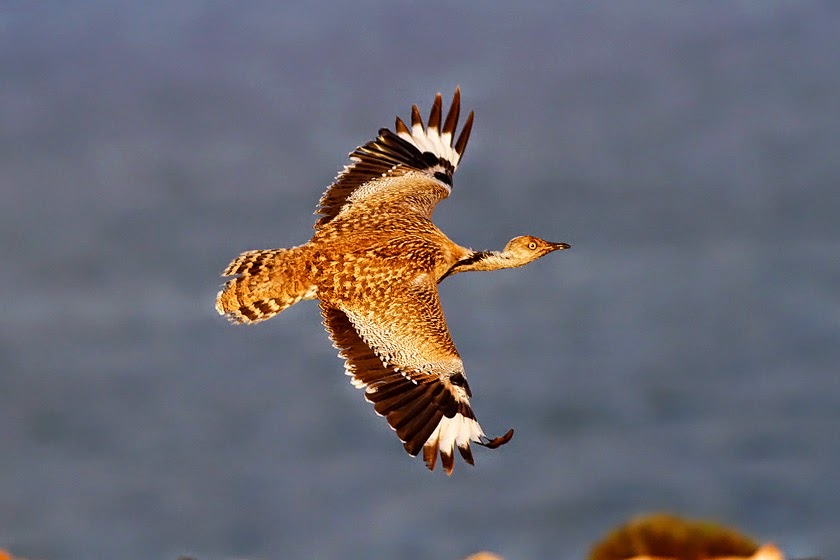 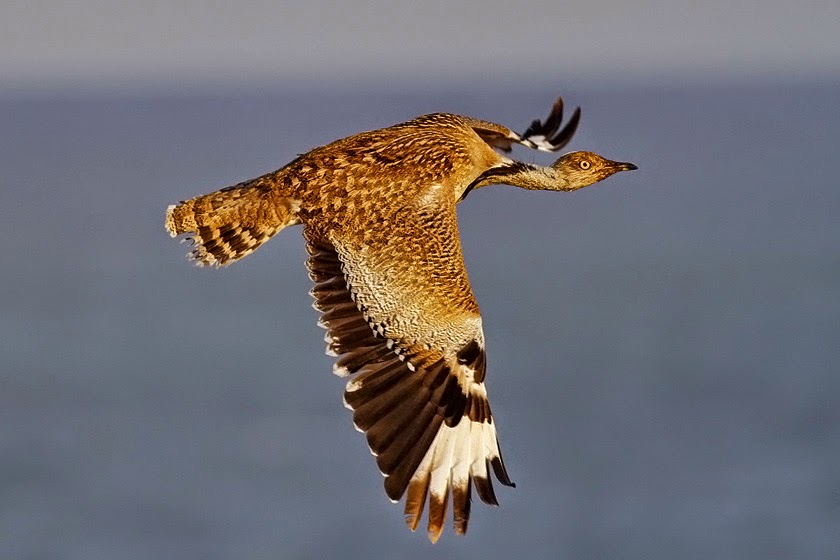 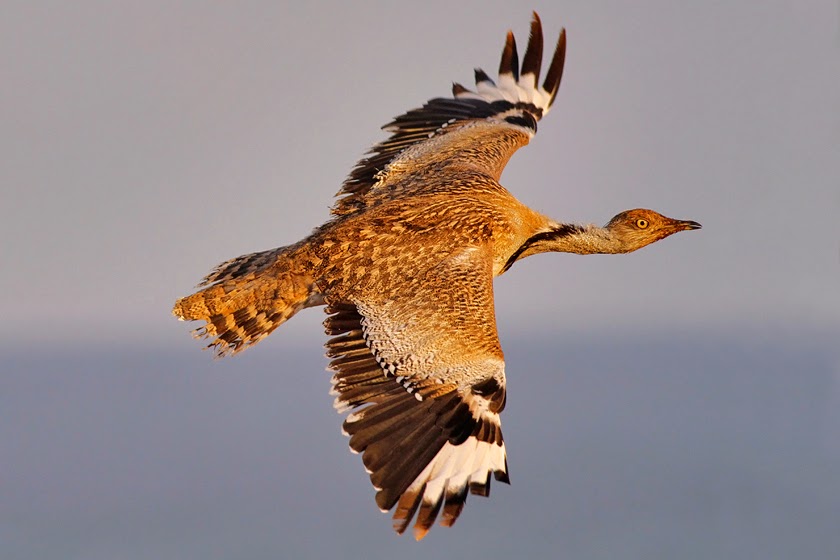 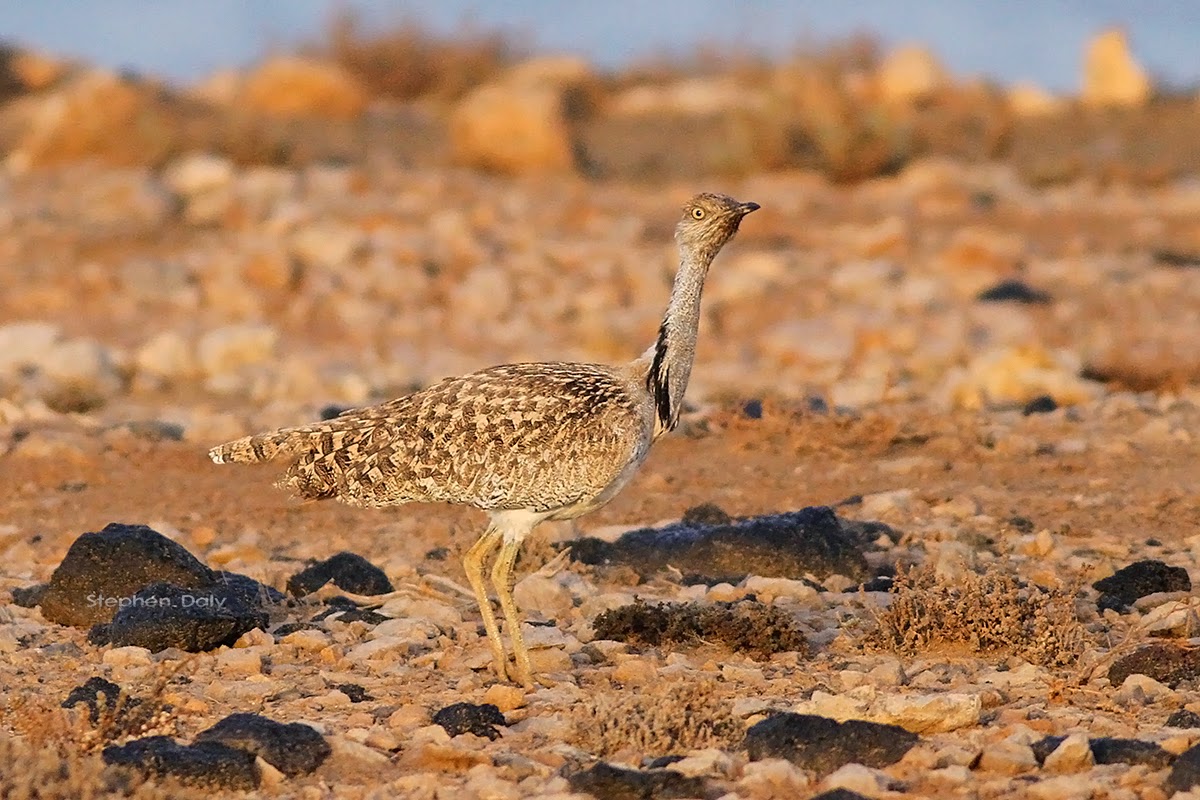 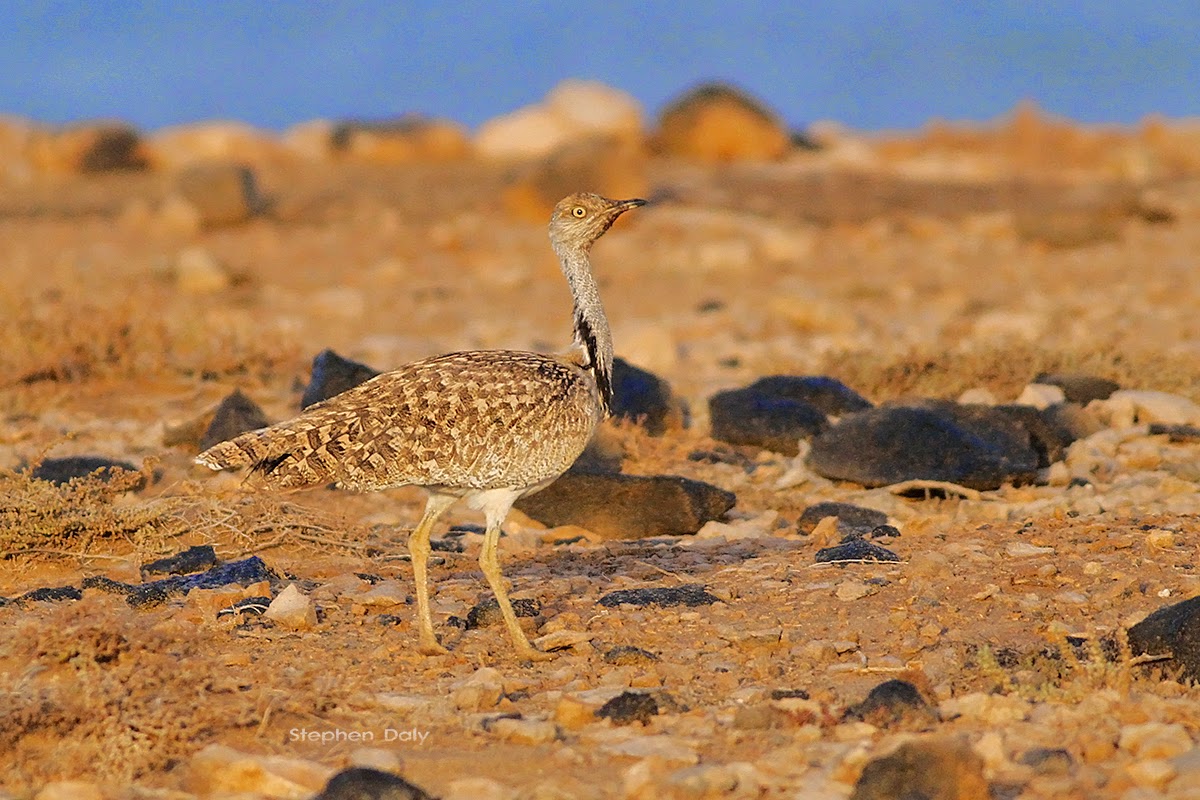 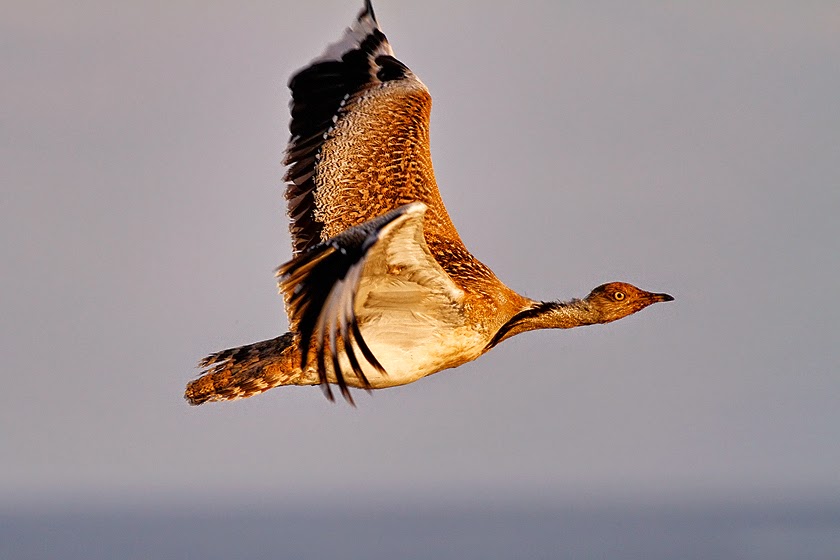 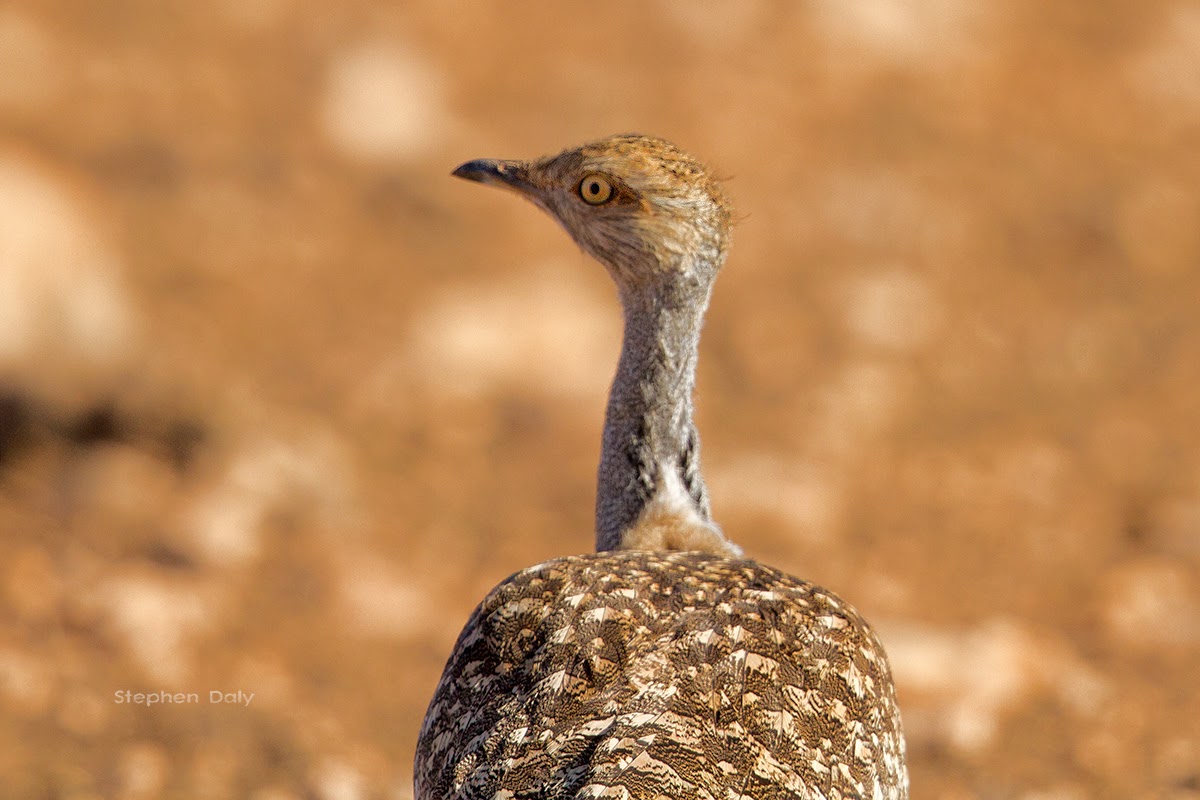 why arabs love this bird?