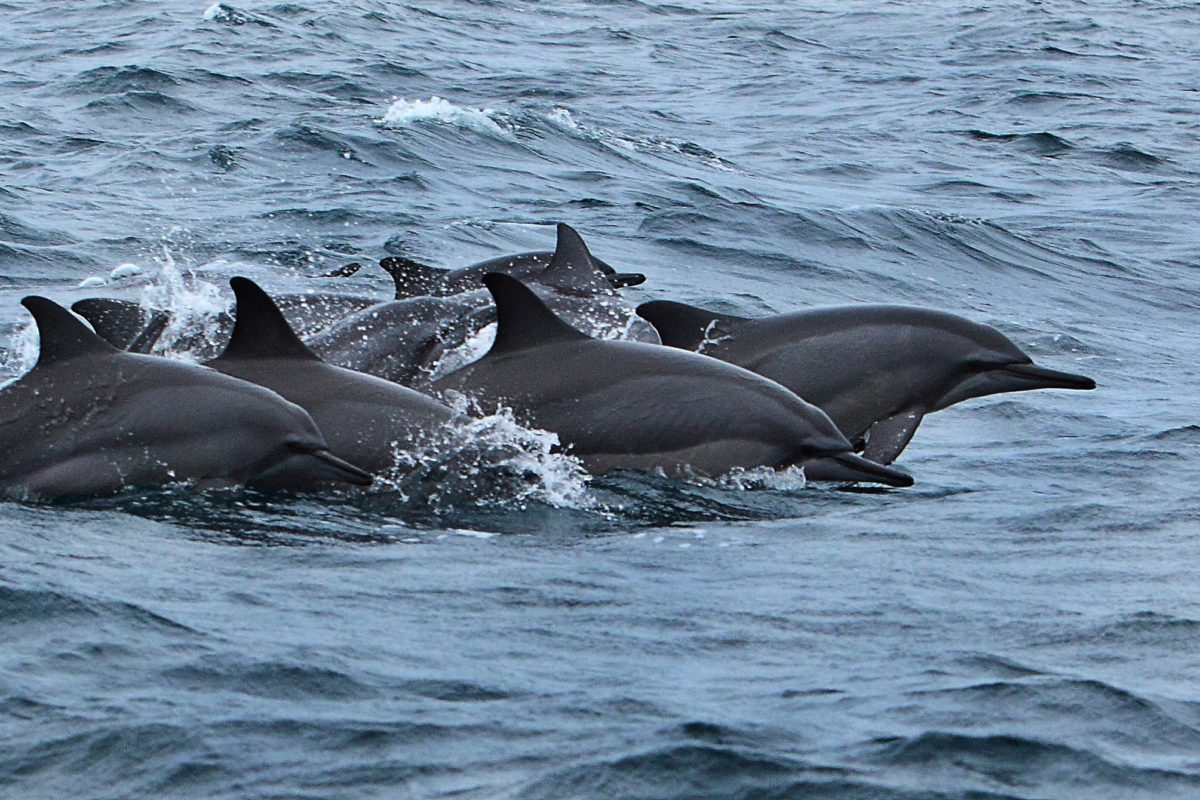 COLOMBO — For Nilantha Kodithuwakku, a naturalist involved in whale and dolphin-watching operations, it’s always a spectacular scene to witness pods of playful dolphins jumping and spinning in the air. But occasionally the scene he encounters is of dolphin carcasses, either floating or washed ashore, with the tail flukes missing.Charles Anderson, a marine biologist based in the Maldives, is familiar with this grisly phenomenon.

“Dolphins often get entangled in drifting gillnets used in tuna fishery,” he told Mongabay. “The fishermen then cleanly cut off the flukes to separate the carcasses from their fishing gear.”

For as long as humans have been fishing, cetaceans like dolphins and whales have been getting entangled in nets. But the problem was only widely recognized as one of the biggest threats to the survival of these species, particularly dolphins, in the 1980s, with the widespread use of gillnets.

The researchers combined published results from 10 bycatch surveys carried out between 1981 and 2016 in Sri Lanka, India, Pakistan and Australia to estimate the bycatch rates for cetaceans throughout the Indian Ocean.

They then extrapolated that data to other Indian Ocean nations engaged in commercial tuna fishery. Data from 2012 to 2016 show Sri Lanka in fourth place out of 24 Indian Ocean countries in terms of cetacean deaths caused by gillnets, behind only Iran, Indonesia and India, according to the study.

“The death rate of small cetaceans due to gillnets could be much higher as the surveys did not consider cetaceans that were caught by gillnets but discarded at sea, used as bait and not landed, escaped from capture but subsequently died,” Anderson told Mongabay. “The abandoned gillnets which act as ghost nets too could kill scores of dolphins.”

For countries around the Indian Ocean rim, the tuna fishery is an important industry. The pelagic drifting gillnet fishery, in which a boat tows a wall of netting that reaches deep down into the water column, accounts for 34% of Indian Ocean tuna catches. In Sri Lanka, more than 50% of the oceangoing fishing fleet (which consisted of 2,200 boats as of 2017) use gillnets alone or in combination with long line fishing, according to the study.

Gillnets allow the head of a fish to pass through the mesh, but not the body. When the fish attempts to swim backward to escape, its gills get entangled in the net.

“In the past, the fish nets were woven using cotton thread that allowed the dolphins to escape. But these were replaced by synthetic nylon nets in the 1950s and the mesh is so strong that even the strongest of cetaceans cannot escape it,” said Anouk Ilangakoon, a Sri Lankan marine mammal researcher and co-author of the study.

“Even if they escape, the nylon threads would still cut through the flesh, making lasting wounds that could be sometimes lethal,” Ilangakoon told Mongabay.

Though whales have the strength to break free if entangled, there can be instances when they, too, fall victim to gillnets. “Modern nets are made of strong synthetic fibers, even whales cannot always escape,” Anderson said. “Even if they do break free, whales may still get entangled with bits of rope and netting which may lead to slow painful deaths. This is a serious animal conservation issue.”

Almost 30 species of marine mammals are recorded in Sri Lankan waters, including 15 species of dolphins. All are exposed to gillnet entanglements, but the most at risk is the spinner dolphin (Stenella longirostris), which accounts for more than 50% of the total recorded cetacean catch by gillnets. Spinner dolphins also have a habit of associating with schools of tuna and of swimming alongside fishing boats, heightening their risk of entanglement, Ilangakoon said.

Gillnets are a problem for other threatened marine creatures as well, resulting in many deaths of turtles and protected shark and ray species each year. BirdLife International estimates that as many as 400,000 seabirds are killed by gillnet fisheries.

Still, gillnets remain the most common form of fishing equipment in Sri Lanka and in many less industrialized nations, said Steve Creech, an expert on Sri Lanka’s fisheries.

“A total ban may be difficult, so the way forward is to reduce the ecological impact of gillnet fisheries on non-target species, including live release of the animals,” he said.

“Long-term surveys are essential to get a better understanding of trends over time. Collecting enough biological and ecological data on each species helps to determine whether the fishery for that species is sustainable or not,” he said.

In response to the issue of accidental catch of non-target species, the Department of Fisheries and Aquatic Resources (DFAR) launched an education and awareness program targeting gillnet fishermen in southern Sri Lanka. The program encourages fishermen to film and photograph the live release of non-targeted species caught in their nets. They can then submit this documentation in exchange for rewards.

“The aim of the program is to encourage skippers and crew to release non-target species that are alive when caught,” a DFAR spokesperson told Mongabay.

This article by Malaka Rodrigo was first published on Mongabay.com on 8 April 2020.

Our oceans are not a menu. They are habitats for marine species. Stop eating ALL.