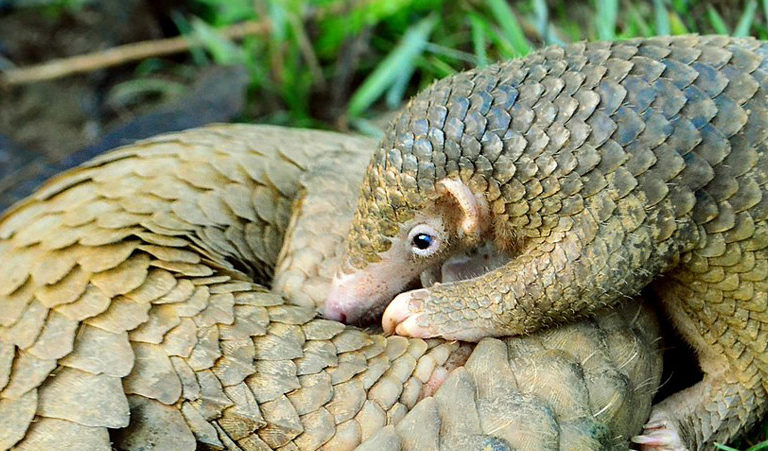 The coronavirus has rocked the foundations of societies across the globe. Since the virus originated in wildlife, there has been public outcry demanding the closure wildlife meat markets.

Neglected thus far, however, is consideration of the highly destructive and ongoing mass trade of wildlife by bushmeat hunters in rural Asian, African, and South American communities—an essential consideration in preventing the next pandemic.

While pressuring governments to issue bans and closures of wet markets holds real value for preventing the emergence of infectious disease, it does not solve the widespread issue of bushmeat circulation between hunters and their families, and subsequently to people globally.

The demand for this bushmeat within these rural communities will exist regardless of whether or not the wet markets are open.

Controlling the informal trade of bushmeat will be immensely challenging in many developing nations, as hunters rely on bushmeat sales to make a living to feed and school their children.

Nor can we expect that with closing these markets there will come sudden change to age-old traditional, spiritual, and cultural beliefs, or that the hunters themselves will be able to find alternative jobs and means of income.

It’s time we pan out from the myopic perspective we have been obsessing about—the wet markets—and instead implement a comprehensive package of initiatives that targets both the bushmeat hunting practices as well as the underlying social constructs which sustain them.

Without considering the local issues entangled in the bushmeat trade, the world will fail to prevent the next pandemic originating from wildlife, and countless endangered species will be left unprotected.

Setting aside the risks of spreading infectious diseases for a moment, the bushmeat trade is a massive industry which is decimating animal populations around the world. The staggering figures that we do have only give a glimpse into the tremendous destruction that makes bushmeat both locally and internationally profitable.

The damage inflicted can be seen in all corners of the globe and is particularly well documented in West and Central Africa. Studies conducted in the Congo Basin alone estimate that each year approximately four million metric tons of bushmeat are extracted, the equivalent of about four and a half million cows. The rate of extraction was estimated to be increasing by 99,200 tons each year in 2002, but this rate of increase will have escalated in recent years. Even endangered chimpanzees, our closest living relatives, are being hunted. In the northeastern regions of Republic of Congo, it was estimated that up to 7% of the chimpanzee population is killed each year.

Such hunting rates are unsustainable and have already resulted in the eradication of entire populations. For example, in the last 40 years alone,12 large vertebrate populations have been extirpated in Vietnam and over longer timescales, human hunting may have been responsible for the extinction of much of the unique megafauna of Madagascar. Given dramatic human population growth globally, the growing food security concerns in several parts of Africa, and the over consumption of Earth’s resources generally, we can expect that, without change, local hunting will only increase.

In fact, following the coronavirus outbreak, we are already seeing stark increases in hunting and poaching which correlates with a receding influx of tourists. South Africa, Botswana, Tanzania, Kenya, Uganda and other African countries heavily rely on the continent’s$39 billion tourism industry, a business that directly motivates and funds wildlife conservation. Now the tourists, guides, and rangers who normally monitor millions of square kilometers of wilderness have either cancelled their itineraries or have been laid off, leaving some of the most vulnerable animals and spectacular landscapes unprotected.

Reducing bushmeat hunting will not come easily, nor will there be one blanket solution. However, the current situation created by coronavirus creates an opportunity to communicate the global health risk that wildlife hunting poses, and to an audience who might just be ready to listen.

To minimize bushmeat hunting, a diverse collection of solutions must be proposed, vetted by local communities, and facilitated by international donors.

First, hunters must be provided alternative livelihoods so they can feed and support their families. One option is the expansion and diversification of agricultural products. Providing drought resistant seeds, fertilizers, and crops high in value, as well as nutrition, may help encourage more farming over hunting. The production of alternative protein sources can also be applicable in areas that are reliant on wild animal meat for its nutrients. Projects such as the African Wildlife Foundation’s “Congo Shipping Project” can help provide transportation of crops to markets, further encouraging the distribution of crops over bushmeat.

While advocating for cultural changes should be done in a very sensitive manner, it should also be recognized as necessary to prevent future pandemics and to create a sustainable future. Young children have a right to knowledge that directly impacts their health, safety, and future.

Promoting an understanding that bushmeat hunting can lead to pandemics and to the extinction of valued species, will equip the next generation with key knowledge that will incentivize sustainable practices throughout their lifetimes. Educational programs are not only relevant in schools, but also in local community organizations, churches, and among decision makers. These programs must be based on careful science and not represent propaganda.

To achieve change on the scale that is required, there must be a strategic collaboration between national and international governments, donors, businesses and local communities in order to prioritize sustainable investments.

Research in the Congo Basin showed that roads built and managed by logging companies intensified bushmeat hunting.By prohibiting Congolese logging trucks from transporting the bushmeat from forests to markets, the value of hunting was diminished. Stakeholders willing to work together, like those in the Congo, provide an example of how changing local economic incentives help drive a reduction in the number of animals who are killed for bushmeat.

The coronavirus has created an atmosphere of uncertainty and mass panic, intensifying demands for banning the wildlife trade in its entirety. History illustrates that such bans are self-defeating. Think back to the SARS restrictions that soon lapsed, or the repeated failures to contain the transmission of Ebola. Banning wildlife hunting amidst unaddressed social norms will heighten the unregulated trade of bushmeat, elevate organized crime, and create the impression of a shortage,likely increasing the prices and incentives to poach.

We must create a win-win scenario, so that wildlife hunting will diminish while hunters have alternate means of income and strong incentives not to hunt. Only in this way will we truly reduce the risk of future pandemics.Instead, this time, we must use coronavirus as an opportunity to properly addresses the health and environmental issues pandemics present. Let us create site-specific local solutions, such as providing alternative livelihoods to hunters, diversifying crops, implementing educational programs, or heightening the regulations of vulnerable areas and high-risk species. These steps are far less costly and far more effective than implementing global bans. Funding programs to reduce the bushmeat trade are trivial when compared with the economic burden of another global pandemic.

Colin Chapman has worked in the tropics on conservation issues for almost 40 years.He has published over 500 scientific papers, developed new conservation strategies for Uganda, and pioneered efforts to create a union between health care and conservation; the latter resulted in him being given a humanitarian award.

Cate Twining-Wardis a correspondent at Planet Forward, grand-prize winner of Storyfest 2020, and a student at the George Washington University.

Bennett, E. L., and M. Rao. 2002. Wild meat consumption in Asian tropical forest countries: is this a glimpse of the future for Africa. Pages 39-44 in S. Mainka and M. Trivedi, editors. Links between biodiversity, conservation, livelihoods and food security: The sustainable use of wild species for meat. IUCN, Cambridge.

Challender et al, April 8, 2020. Coronavirus: why a blanket ban on wildlife trade would not be the right response, The Conversation US.

Crowley, B. E. 2010. A refined chronology of prehistoric Madagascar and the demise of the megafauna. Quaternary Science Reviews 29:2591-2603.

This article by Cate Twining-Ward and Colin A. Chapman was first published on Mongabay.com on 18 May 2020. Lead Image Source: A Philippine pangolin pup and its mother, a critically endangered species endemic to the Palawan Island group. The species is threatened by illegal poaching for the pangolin trade to China and Vietnam where it is regarded as a luxury medicinal delicacy. Photo by Gregg Yan, licensed under CC BY-SA 4.0.