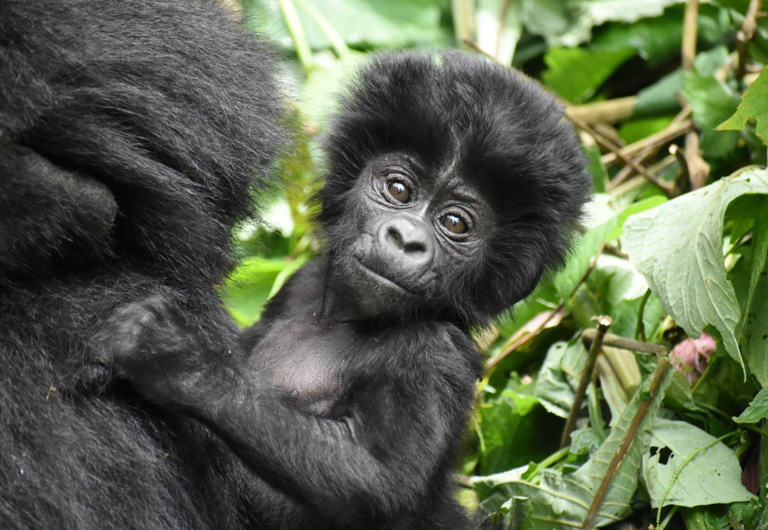 As the COVID-19 pandemic unfolds, gorilla conservation teams are working to ensure that Africa’s endangered mountain gorillas (Gorilla beringei beringei), and the people who protect them, remain safe.

Gorillas are vulnerable to human diseases, and can experience these diseases in more severe forms. Mountain gorillas have died from the common cold. So with the first human cases of COVID-19 confirmed in Rwanda (19 as of March 22), gorilla research and conservation nonprofit the Dian Fossey Gorilla Fund (Fossey Fund) and the Rwandan government are ramping up precautionary measures to protect the great apes.

“At this time, it is not known if gorillas are susceptible to COVID-19,”Tara Stoinski, president and chief scientific officer of the Fossey Fund, told Mongabay. “However, given that gorillas share such a high percentage of our DNA and are susceptible to other human respiratory viruses, the most appropriate approach is to assume that they would be affected by COVID-19 and put in place appropriate measures.”

Researchers and trackers working for the Fossey Fund study and protect half of the 20 mountain gorilla families in Rwanda, which itself holds about 350 of the remaining 1,000 mountain gorillas. Each morning, the field teams track the gorillas by finding their nests and then following the path of crushed vegetation left by the gorillas’ daily bustle. Once the gorillas are located, the field teams perform general health checks on each animal and take note of any changes in the group.

Now, in addition to wearing masks and having daily health checks themselves, these field teams are limiting time with the gorillas outside of necessary monitoring of the gorillas’ health. After evaluating the gorillas, the team members stay 100 meters (330 feet) away to protect them from infection. The Fossey Fund has suspended all other ongoing research activities in order to minimize the time that humans spend with the gorillas.

“We do not know if SARS CoV-2 [CODIV-19] infections have occurred in human-habituated eastern gorillas (mountain and Grauer’s) or other great apes in the region,” Kirsten Gilardi, executive director and chief veterinary officer of Gorilla Doctors, a nonprofit veterinary organization, said in a statement.

“We do know that great apes, including gorillas, are susceptible to human respiratory pathogens and that respiratory illnesses regularly occur in mountain gorillas,” Gilardi said. “When a gorilla is sick, our veterinarians collect diagnostic samples (fresh feces) to be screened for multiple pathogens, including the new SARS CoV-2 [COVID-19] virus.”

Mountain gorillas, listed as endangered on the IUCN Red List, live in protected areas in Rwanda, the Democratic Republic of Congo, and Uganda. Rwanda is closing three national parks to visitors. In the DRC, Virunga National Park, home to roughly a third of the global mountain gorilla population, has barred visitors until June 1. Uganda has not officially barred tourism, but, according to the Uganda Wildlife Authority, tourism has all but halted.

“Gorilla tourism is one of the primary sources of foreign revenue for Rwanda,” Stoinski said. “With gorilla tourism suspended and travel greatly reduced for an unknown period of time, there will be a significant impact on the country’s economy.”

Beyond its immediate health threats, COVID-19 is also causing concern for conservation at large. Economic instability could lead to a rise in illegal wildlife trafficking and poaching and decrease capacity for community-based conservation efforts. Globally, many organizations working to protect wildlife are nonprofits run on donations, which could dwindle in uncertain economic times.

“Conservation is not something we can step away from,” Stoinski said. “We are at an unprecedented time in our planet’s history in terms of human-caused mass extinctions and climate change. Extinction is preventable but not reversible, so it is essential that on-the-ground activities continue.”

This article by Liz Kimbrough was first published on Mongabay.com on 24 March 2020.

But what about other gorilla species, subspecies, chimpanzees, bonobos and orangutans ? They are all vulnerable to human diseases too.

Human contact of all Apes must be treated with the utmost caution.