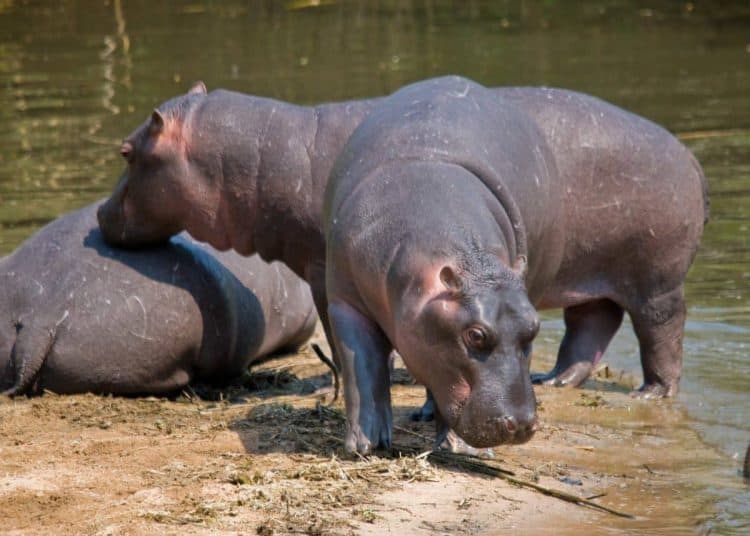 In a tragic turn of events,two hippos in the Limpopo River have been killed after they attacked a Zimbabwean national, who was believed to be crossing illegally into South Africa. The so-called “border jumper” also passed away at a nearby hospital while receiving treatment for his severe injuries

It’s understood that this is the fourth person to be killed by hippos in this region. The Limpopo River separates South Africa from Zimbabwe, and a number of desperate migrants have tried to make the treacherous crossing. The last person killed in this fashion, according to The Chronicle, was a Zimbabwean Defence Force (ZDF) soldier.

In a statement, the Municipality of Beitbridge confirmed the attack which occurred last Friday, confirming that both animals have since been gunned down.

“Two hippos were gunned down in Limpopo River (after) having injured an individual suspected to be a border jumper in the early hours of Friday. The injured individual is said to have passed on later at the Beitbridge District Hospital.

This is the fourth such incident in the border town this year alone. As the Municipality of Beitbridge, we are really concerned about the loss of life as we continue to face this human-wildlife conflict, ”

The victim’s name has not been released to the public. But his death – and the subsequent shooting of the hippos – raises a terrible moral dilemma. Indeed, the man should not have been making such a reckless and illegal journey, but border guards did what they thought was right to try and save another human life – even if he was the one encroaching in their habitat.

Trouble on the river

This particular stretch of the Limpopo River has had a notorious time in the headlines recently, too. A 63-year-old South African woman was killed in the province after she followed a hippo and its offspring to get a closer look. Feeling threatened, the semi-aquatic mammal fatally attacked the pensioner.

The Municipality of Beitbridge have reiterated calls for locals to avoid crossing the border by any illegal means, and warned them against travelling through any undesignated entry points.

Two hippos were gunned down in Limpopo River (after) having injured an individual suspected to be a border jumper in the early hours of Friday. The injured individual is said to have passed on later at the Beitbridge District Hospital. This is the fourth such incident this year.

This article was first published by The South African on 29 October 2019.

Pity those in charge didn’t shot the ‘illegal’ person instead. Why should two innocent, voiceless hippos have to lose their lives just because an brain-dead moron invaded THEIR territory??? Shame on those who shot the hippos, perhaps they should have got off their butts and stopped the illegal person themselves.

Humans invade the territory of other beings. And the innocents again are punished for human failings

No sympathy for the illegal immigrant, but sorry that yet two more wild life creatures have died at the hands of the most vicious species on the planet – humans!!

Vicious, heartless and ultimately self destructive