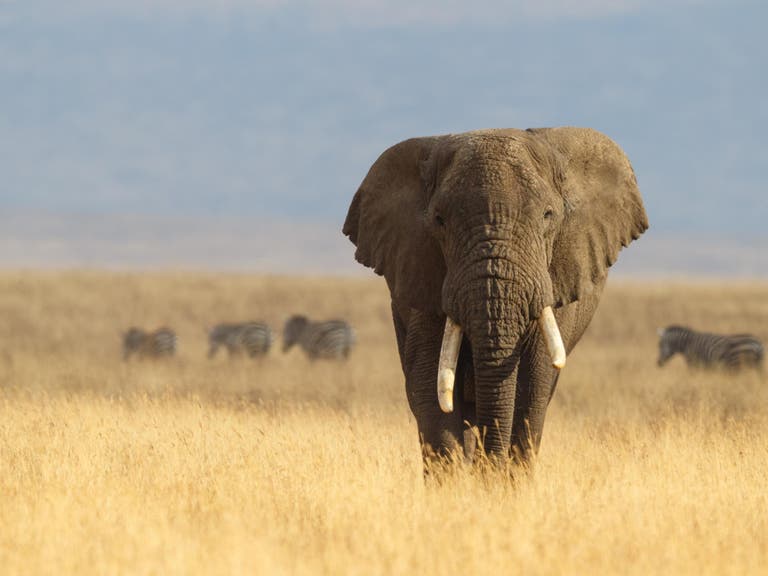 Ten elephants have been shot by wildlife authorities in Namibia as part of a cull after the animals moved into farming areas, destroying crops during harvest season.

A spokesperson for the Ministry of Environment, Forestry and Tourism said the elephants were culled as they endangered human lives and were marked as dangerous.

Romeo Muyunda added that the decision was necessary to protect farmers and their crops. Meat from the felled elephants was given to members of the communities whose harvests had been trampled.

He said: “Normally during this season people are terrorised by elephants. We had no choice but to be proactive.”

The killing of elephants which cause problems for farmers and their crops is a last resort if no other solution can be found, said Mr Muyunda. Other methods that must be deemed unviable before culling permission is granted include administering contraception and relocation of the herds.

Ministers in South Africa have previously called the issue of elephant population management “devilishly complex” and it divided game managers and animals rights groups for years.

That country banned culling in 1995 but reintroduced it in 2008 after elephant populations boomed from 8,000 to nearly 20,000 in just over a decade.

Namibia is one of a number of other African nations trying to balance protection for the species with managing the dangers they pose when their territories are encroached upon by human habitation.

This article was first published by The Independent on 25 May 2020. Lead Image Source: The culling of elephants in Africa was banned in 1995 but reintroduced in 2008 following a population boom (Getty Images/iStockphoto).