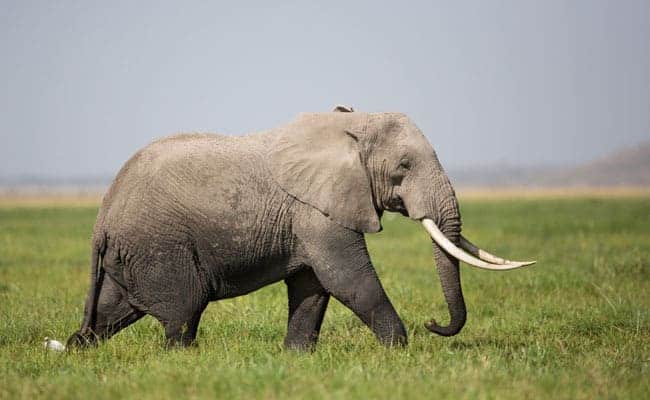 Conservationists are mourning the loss of 87 elephants whose bodies were discovered during an aerial survey in Botswana.

The elephants were discovered during a months-long aerial census being conducted for the government by Elephants Without Borders, which called the discovery an “unprecedented” level of poaching in the country.

“I’m shocked, I’m completely astounded. The scale of elephant poaching is by far the largest I’ve seen or read about anywhere in Africa to date,” Dr. Mike Chase from Elephants Without Borders told the BBC. “When I compare this to figures and data from the Great Elephant Census, which I conducted in 2015, we are recording double the number of fresh poached elephants than anywhere else in Africa.”

According to the Great Elephant Census, between 2007 and 2014 their numbers plummeted by at least 30 percent, or the equivalent of 144,000 elephants.

Yet until now, Botswana had been seen as a haven for elephants who largely escaped poachers who were striking elsewhere. It’s now home to the largest elephant population in the world, which is about 130,000, or 37 percent of the total population in Africa.

Unfortunately, the latest deaths have been found deep in the country, near the Okavango Delta wildlife sanctuary and many are believed to have died in the past few weeks, with injuries consistent with having been slaughtered for their tusks.

It remains to be seen how many more will be found by the time the survey is complete, but it’s now believed that poaching is going to increase as elephants are wiped out elsewhere and more seek refuge in Botswana.

“People did warn us of an impending poaching problem and we thought we were prepared for it,”said Chase. “The poachers are now turning their guns to Botswana. We have the world’s largest elephant population and it’s open season for poachers. Clearly, we need to be doing more to stop the scale of what we are recording on our survey.”

The deaths discovered follow action taken by the government of Botswana to disarm its anti-poaching unit without explanation in May after president Mokgweetsi Masisi took office, undoing its strong shoot-to-kill policy for poachers.

Now the government is disputing claims of rampant poaching, but Elephants Without Borders said it had reported its findings to the government earlier and got no response, and has since sent reports to local authorities, adding that the elephants had specifically been targeted for their tusks, especially older bulls. Chase also countered, “100% I stand by what I said, the evidence is irrefutable.”

Hopefully the government will take action to protect elephants, and the increasing losses of these incredible animals will help continue to drive efforts around the world to end the demand for ivory and shut down this bloody trade for good before it’s too late.