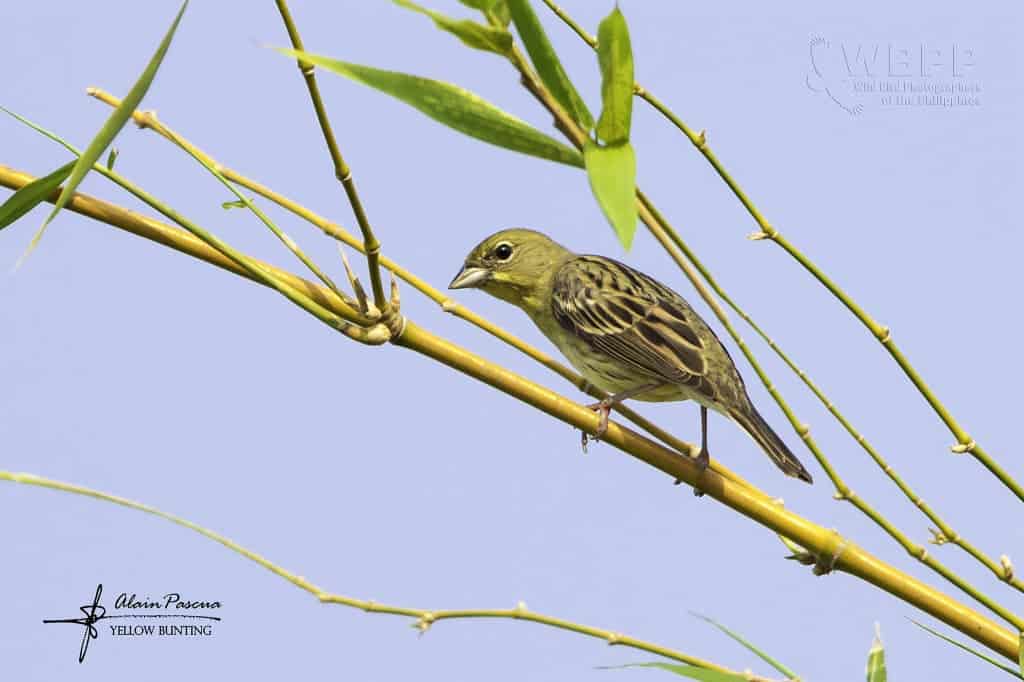 They breed in Japan, but are uncommon there, and winter mainly in the Philippines, particularly in Ilocos Norte where the windmills are.

Also called the Japanese Yellow Buntings, they have been classified by IUCN and Birdlife as Vulnerable because they have a small and declining population, probably resulting from a combination of habitat loss, pesticide use, hunting throughout their range and trapping for cage-bird trade. About 2,500 to 10,000 yellow buntings comprised their dwindling population.

I and WBPP Fellow Olanski V. Balbido stole a couple of hours in the morning and met Laoag-based WBCP Member Richard Ruiz who then led us to a nearby rice field where he discovered the migrant Yellow Buntings. Not just once or twice did they show up, they came and went, sometimes a couple, sometimes three at a time, but in constant intervals for the next two hours. Indeed, the Yellow Buntings winter in Ilocos Norte and can easily be seen and photographed there.

Ilocos Norte is becoming a haven for birding unusual and rare migratory birds, one of these is the Yellow Bunting. News of their sightings has been heard of as early as December, but it was only this March that we (together with WBPP Onliner Leny Manalo) were able to go to Laoag, thanks to the invitation of Governor Imee Marcos and the provincial youth organization Sirib Express.