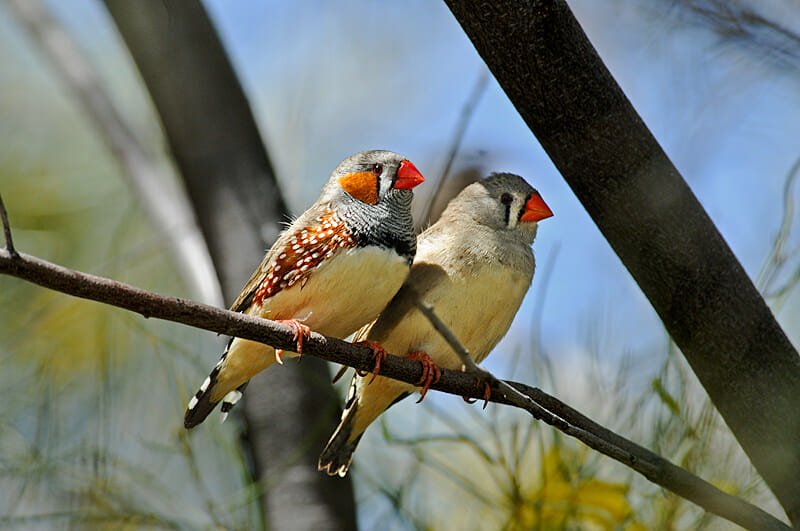 In April 2012 my good friend and I went on a month-long road trip to Australia’s Northern Territory – the state known as the country’s wildlife capital famed for its diverse and spectacular wilderness areas. We started the journey in the coastal town of Elliston in South Australia, crossed the continent to the northern ocean teaming with crocodiles and deadly Blue bottles and returned through the arid centre to Western NSW outback. This trip report describes the places we visited and lists the plethora of wildlife we found along the way.

Uluru is one of Australia’s most iconic natural landmarks. It is part of Uluṟu – Kata Tjuṯa National Park that lies in the red centre of the continent.

Uluru or Ayers Rock is listed as a World Heritage Site. The sandstone giant is 348 m high with a total circumference of 9.4 km. However, as tall as Uluru appears, what we are seeing is just the top of an iceberg – most of Uluru’s bulk lies underground.

The Rock is known for its ability to change colour depending on the time of the day and the angle of the sun. In late afternoon it practically glows dark red towering over the surrounding landscape.

Apart from spectacular geological formations the area supports a rich diversity of wildlife. Daytime is dominated by birds and reptiles. Flocks ofZ ebra finches (Taeniopygia guttata) can be seen at almost any waterhole, Black-faced wood swallows (Artamus cinereus) and Little wood swallows (Artamus minor) are constantly on the move chasing insects, White-plumed honeyeaters (Lichenostomus penicillatus) and Grey-headed honeyeaters (Lichenostomus keartlandi) are searching for sweet nectar up in the trees, while the adorable Mistletoebird (Dicaeum hirundinaceum) faithfully pollinates mistletoes. Spinifex pigeons (Geophaps plumifera) are also quite common around the rocky formations.

The reptiles, while undoubtedly abundant, are harder to spot due to their exceptional camouflage skills. The only ones I did manage to see were Long-nosed dragon (Amphibolurus longirostris) at Kata Tjuta and Tree dtella (Gyhira variagata) at the camp site.

As the darkness approaches, it is time to start searching for those elusive mammals. Uluru viewing platform is a good place to start. As soon as the sun sets and the Rock is engulfed by darkness, Spinifex hoping mice (Notomys alexis),Sandy inland mice (Pseudomys hermannsburgensis) and the feral House mice (Mus musculus) all come out to feed on the bounty of crumbs and other leftovers from the day’s tourist activities. Hoppies are particularly friendly allowing themselves to be photographed at close quarters. To find them all you have to do is wait for most visitors to leave the carpark, turn on your torch and walk along the hedge line separating the pavement from the bushland.

Uluru camping grounds is also a good place to see all three rodent species. A corrugated iron shack not far from the camp is home to a fewBroad-nosed bats(Scotorepens spp).

Kings Canyon is another iconic Australian destination famous for its geological marvels and a great place to see more wildlife. The Rim walk around the entire canyon did not turn up many new species, with the exception of a very well camouflaged Ringtail dragon (Ctenophorus caudicinctus), but it certainly has some spectacular scenery. There is also an optional detour walk to a reasonably secluded waterhole that can be a good place for bird watching during the heat of the day. We saw a Grey shrike-thrush and a White-plumed honeyeater in the short time that we stayed at the stream. And birds were not the only things around. There was some critter hidden in one of the rock crevices that kept calling out in a loud and persistent voice. But as thoroughly as we examined every nook and cranny in the rock wall from where the call was originating we could not find the culprit.

Perhaps the most exciting sighting of the day was the Thorny Devil (Moloch horridus). What an incredible animal it is! With the looks of an extra terrestrial species and the ability to absorb water through its skin by simply standing in the puddle, this incredible reptile was very high on my wish list for species I wanted to see in the red centre.

The quick walk to Kings Creek in the evening turned up a Red treefrog (Litoria rubella) and a Yellow-faced whip snake (Demansia psammophis).

The camp site at Kings Canyon is a popular scavenging spot for local Dingos (Canis lupus dingo). My first ever encounter with a Dingo was when I unzipped the tent door and saw a full grown dog standing no more than a couple of meters away from me.

The only other critters we saw in Kings Canyon were a Spotted Nightjar (Eurostopodus argus) and a few feral Camels (Camelus dromedarius) and Brumbies (Equus Caballu).

Brilliant trip through your eyes!
And one I well intend do do one day!
Uluru is an incredible landmark indeed and well worth seeing.
Your photos are magnificent and your Thorny devil (N°2) is just fantastic!

Thank you Noushka. Yes, Australia’s Northern Territory is an absolutely incredible place. It blew me away!