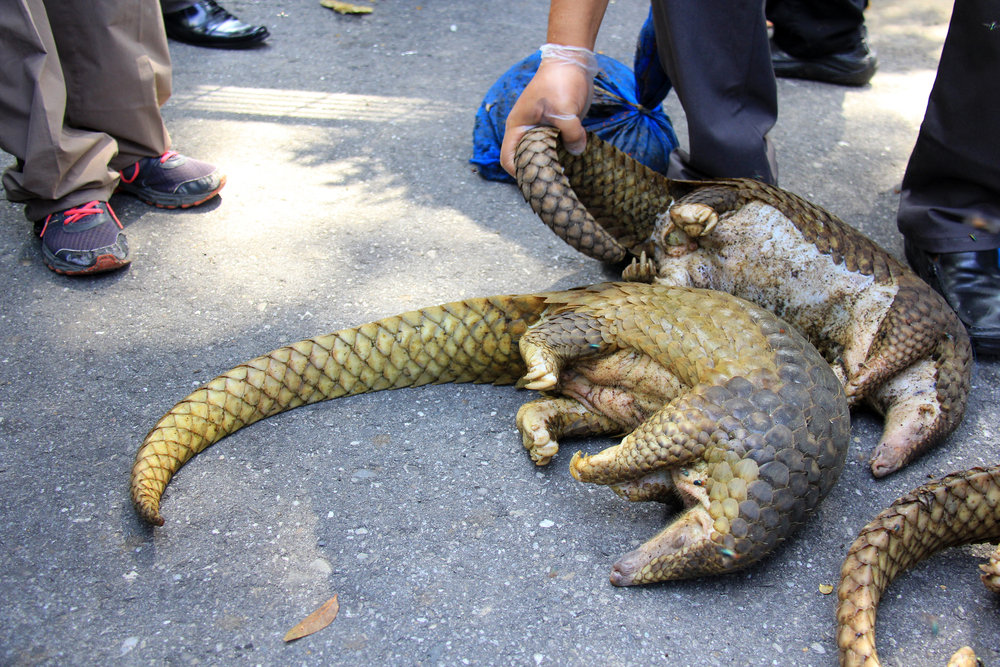 The exact origin of coronavirus, which is currently sweeping the world, is not clear. Scientists have said they believe it might come from the consumption of pangolins, some people say bats, and others say snakes.

But one thing is clear — it’s a zoonotic disease that emerged from consuming animals. And before cultural differences or prejudice causes anyone to think it’s the fault of people who eat different animals than you’re accustomed to, please note that 3 out of every 4 new or emerging infectious diseases in people come from animals, according to the CDC.

When it became clear that coronavirus was spreading in a way no one could ever have expected,China temporarily banned the wildlife trade. Vietnam did the same. But more needs to be done.

The border area where Thailand, Laos and Myanmar meet is called the “Golden Triangle.” It is ground zero for wildlife trafficking.

Wildlife trafficking is horrible for animals. They are stolen from the wild, transported and kept in cramped, unhygienic conditions, and then slaughtered in horrific ways.

Yet, one-fifth of vertebrates on land are affected by the wildlife trade, much of which is illegal. The pangolin, one of the animals blamed for the spread of coronavirus, is critically endangered and one of the most highly trafficked animals. Wildlife is being driven to extinction by this trade.

As this petition states, “coronavirus did not stay within China’s borders, and neither should the ban on the horrific wildlife trade.”

Sign this petition calling for a ban on all wildlife markets in the the “Golden Triangle,” including Myanmar, Thailand, and Laos!