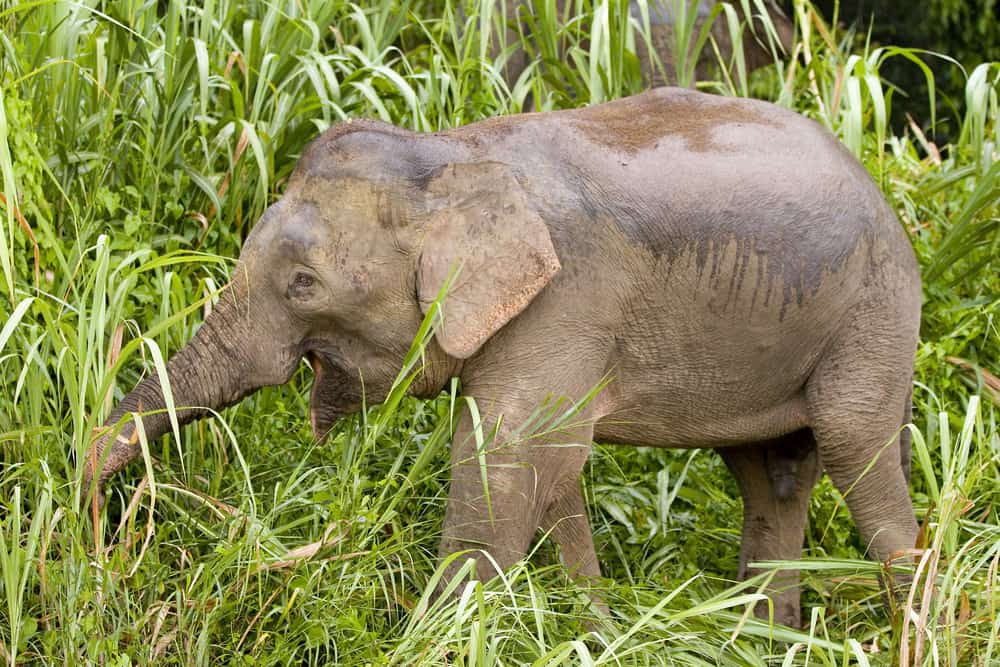 Poachers are driving many animal species to extinction. Many of these gorgeous, majestic creatures will be gone from the earth before we know it because of those who think they have a right to kill them.

The Borneo pygmy elephant, the smallest of the Asian elephants, is endangered and there are approximately just 1,500 left. In late 2019, a pygmy elephant’s carcass was found and it has been shot 70 times by poachers and had its tusks hacked off.

Elizabeth John, a spokesman for the wildlife trade monitoring group Traffic said: “Identifying and bringing those responsible for the killings to justice is key to tackling this threat. We hope investigations don’t stop at just this case, there is a high chance this is linked to others.”

Pygmy elephants are protected under Malaysian law, but that doesn’t stop cruel poachers. However, when a case like this happens, if it’s investigated fully and the criminals are prosecuted to the full extent of the law, it stops them and prevents others from committing similar crimes. In turn, it can help save pygmy elephants from poachers.

As this petition explains: “Borneo is governed by three separate countries: Malaysia, Indonesia, and Brunei. Which means it’s critical that they all work together to protect these endangered elephants from poachers.

And to catch the criminals before they can strike again. Here’s what I mean: if a poacher is operating in the Malaysian portion of the island and kills an elephant, they can cross over to the Indonesian side, or vice versa, and complicate the policing process.”

This means rather than having to investigate cases afterwards through complicated processes, we can stop the crime at the location by increasing protection in Borneo for pygmy elephants.

This article was first published by OneGreenPlanet on 19 March 2020. Lead Image Source : Natursports/Shutterstock